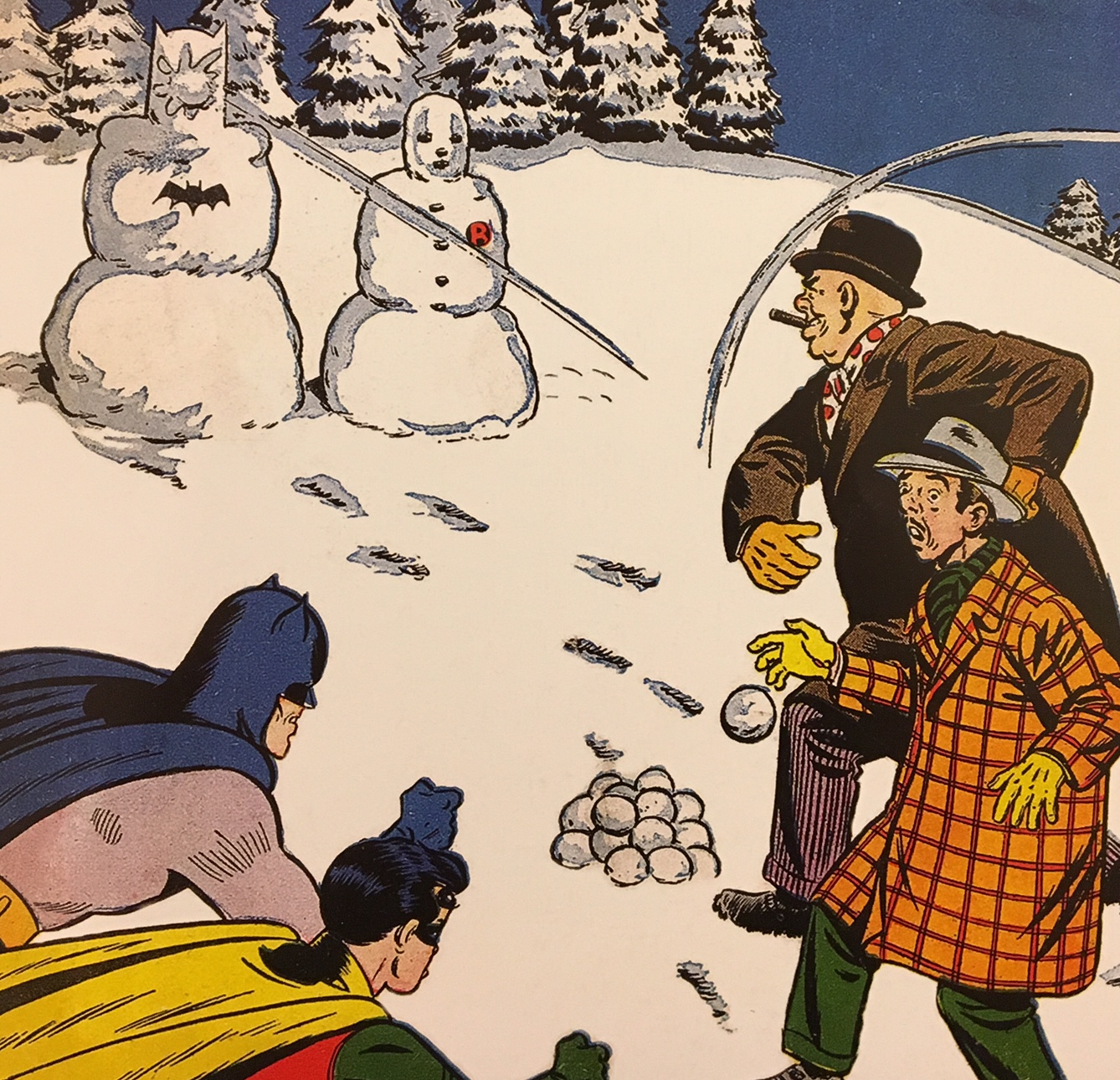 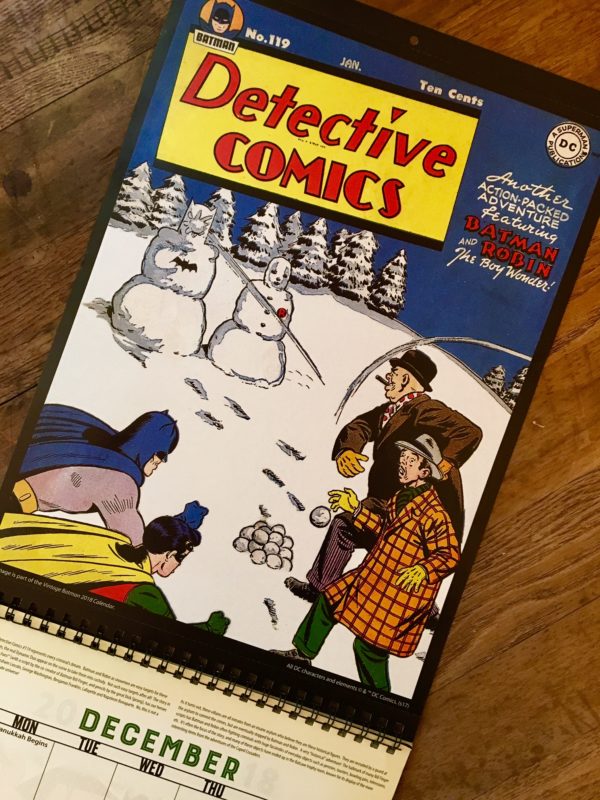 This winter-themed cover for Detective Comics #119 represents every criminal’s dream.  Batman and Robin as snowmen are easy targets for these criminals!  Unfortunately for them, the real Dynamic Duo appear on the scene to take them into custody.  Not such easy targets after all!  The story in this issue, “The case of the Famous Foes!” (with a script by the co-creator of Batman Bill Finger, and pencils by the great Dick Sprang), has our heroes trying to stop the crime spree of Abraham Lincoln, George Washington, Benjamin Franklin, Lafayette and Napoleon Bonaparte.  No, this is not a time travel story or a trip to an alternate universe!

As it turns out, these villains are all inmates from an insane asylum who believe they are these historical figures.  They are recruited by a guard at the asylum to commit the crimes, but are eventually stopped by Batman and Robin.  A very “historical” adventure!  The hallmark of many Bill Finger scripts has Batman and Robing often fighting criminals with huge facsimiles of everyday objects such as pennies, toasters, bowling pins, televisions, etc.  It’s often the focus of the story, and many of these objects have ended up in the Batcave trophy room, known for its display of the more interesting items from the adventures of the Caped Crusaders.