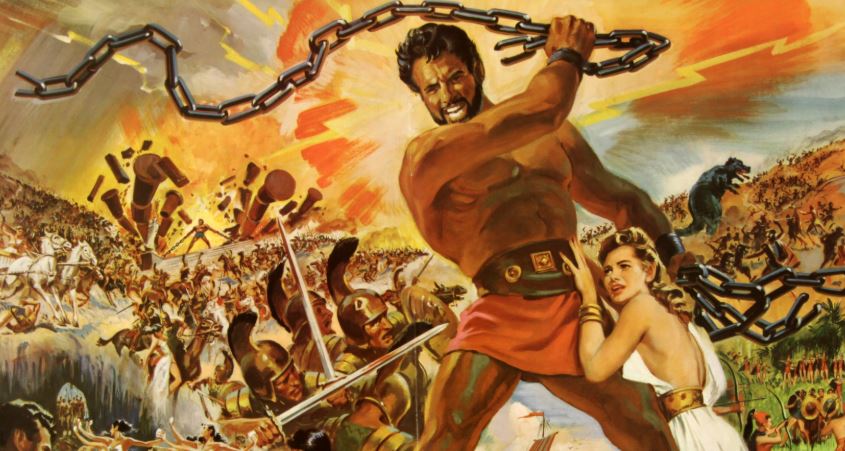 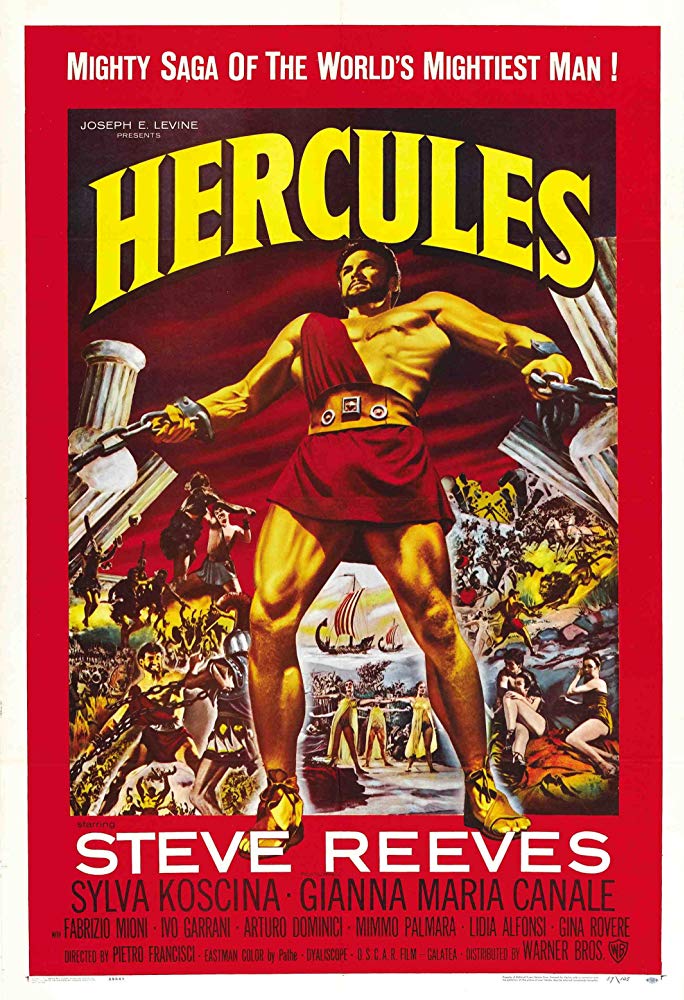 Hercules is a 1958 Italian film based upon the Hercules and the Quest for the Golden Fleece myths. The film stars body builder Steve Reeves, born on this day in 1926, as the titular hero and Sylva Koscina as his love interest Princess Iole.  Hercules was directed by Pietro Francisci and produced by Federico Teti.   The film spawned a 1959 sequel, Hercules Unchained, that also starred Reeves and Koscina.  Hercules made Reeves an international film star and effectively paved the way for the dozens of 1960s peplum (or “sword and sandal”) films featuring bodybuilder actors as mythological heroes and gladiators battling monsters, despots, and evil queens. 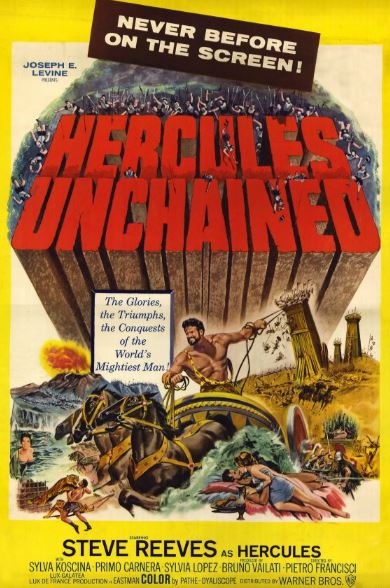 If you enjoy Vintage Movie posters like the above, then you’ll love our 2020 Vintage Movie Posters Calendar – a fantastic NEW addition to our growing list of Pop Culture titles.  A dozen masterpieces that will give you a nostalgic glimpse of the Golden Age of Cinema.  ACTION!!