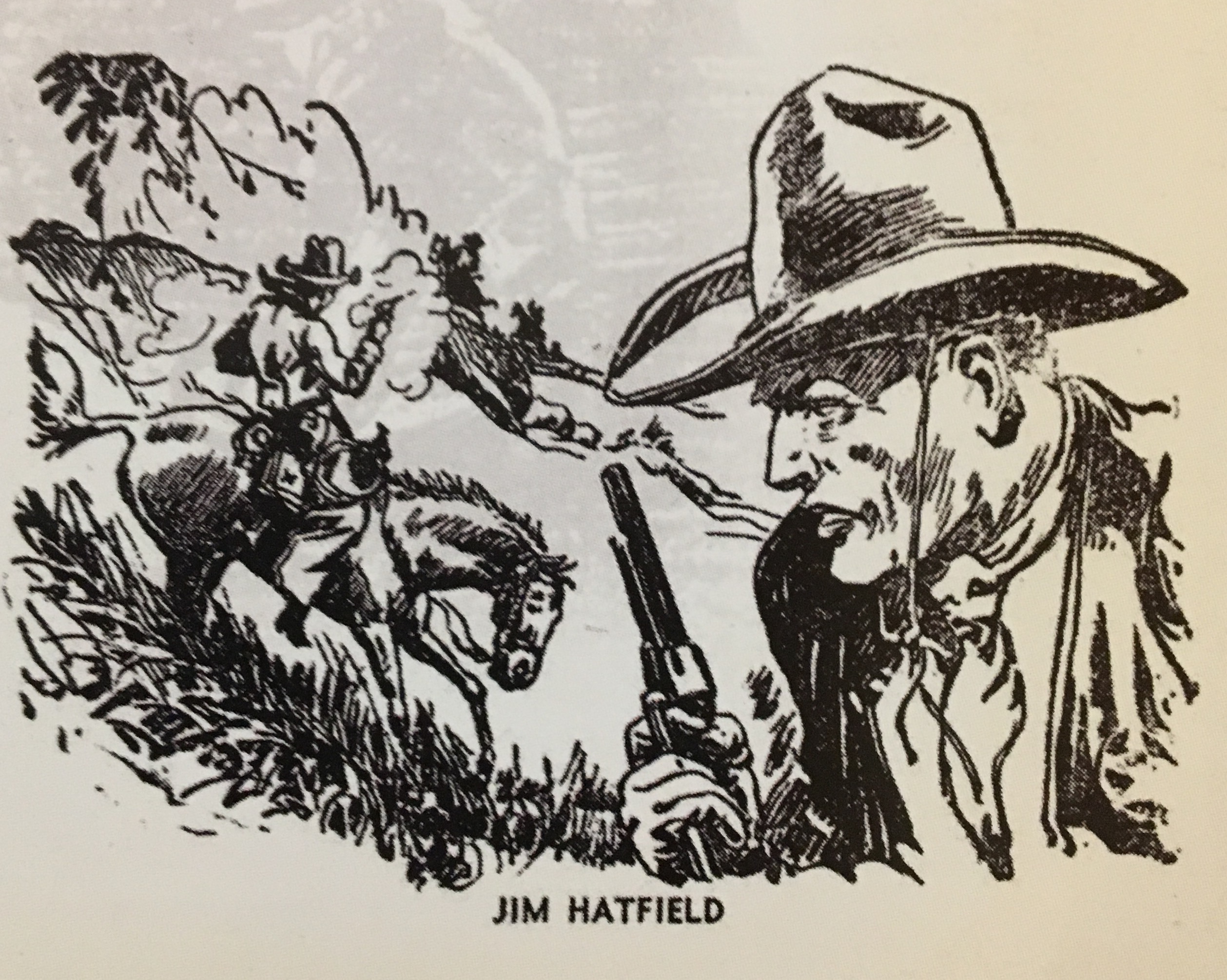 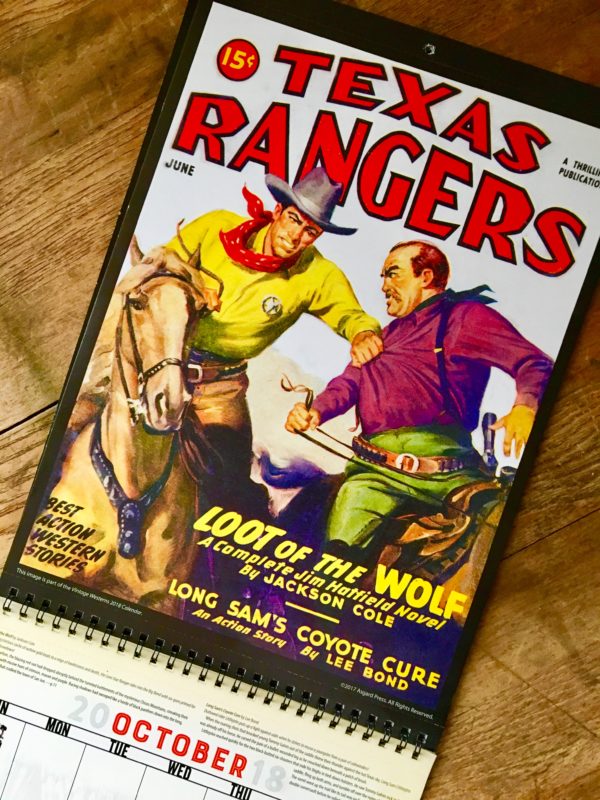 Loot of the Wolf  by Jackson Cole

When a mysterious cache of outlaw gold leads to a reign of lawlessness and death, the Lone Star Ranger rides into the Big Bend with six-guns primed for a roaring showdown!  An hour before, the blazing red sun had dropped abruptly behind the turreted battlements of the mysterious Chisos Mountains, streaking their scarred faces with elusive hues of crimson, mauve and purple.  Racing shadows had swooped like a horde of black panthers down into the long, narrow valley that cradled the town of San Jon. – p.11 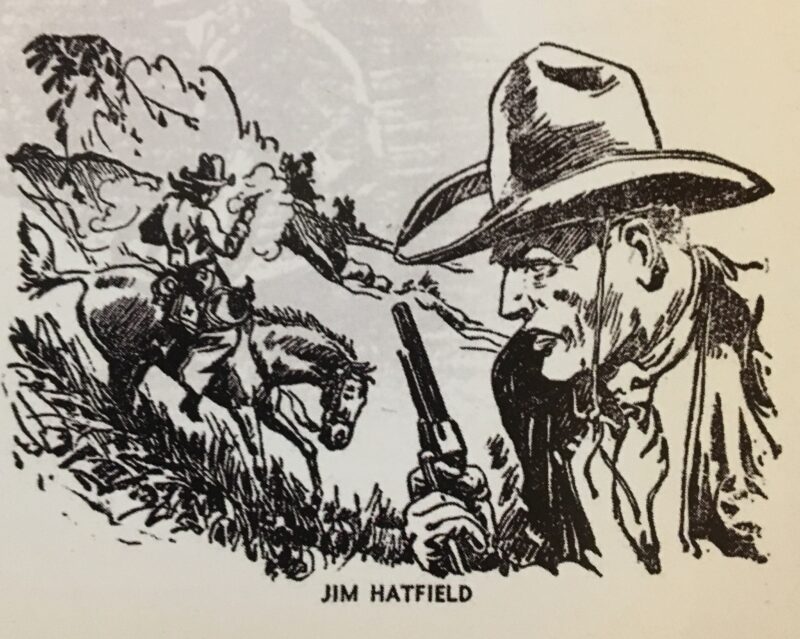 Outlawed rider Littlejohn puts up a fight against odds when he strives to rescue a youngster from a pair of sidewinders!  When the roaring shots that knocked young Tommy Galvin out of the saddle threw their thunder against the hot Texas sky, Long Sam Littlejohn was already off his horse.  He cursed the pain of a bullet-wounded leg as he crouched down beneath a patch of brush.  Littlejohn reached quickly for the two black-butted six-shooters that rode his thighs in tied-down holsters.  He saw Tommy Galvin rock in the saddle, fling up both arms, and tumble off over the rump of the sleek sorrel.  The sorrel went up the trail like its tail was on fire, and Tommy Galvin did a double somersault before he rolled to a stop against a rock. – pp. 70-71. 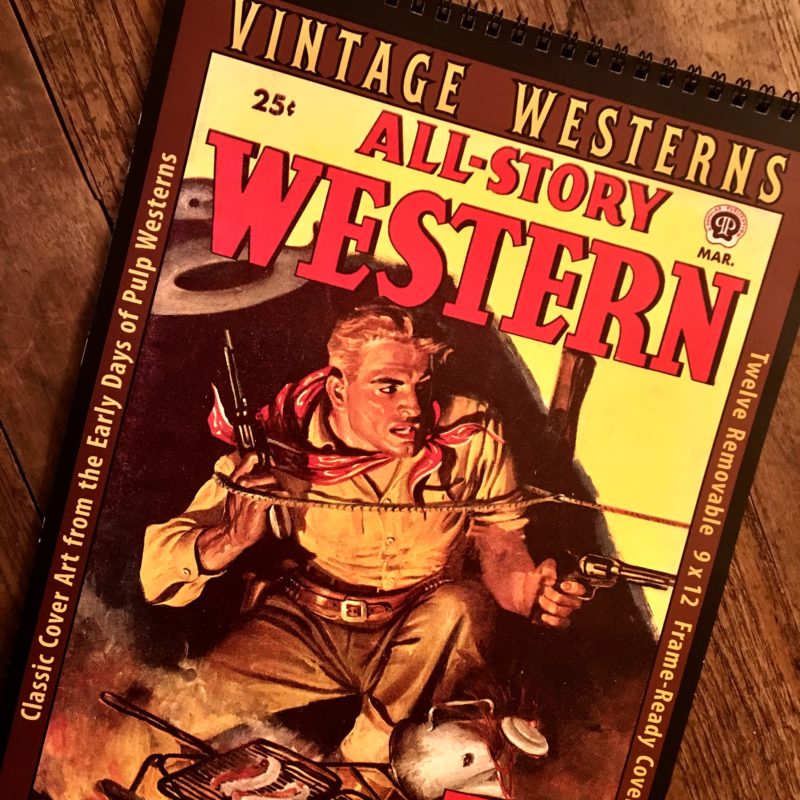 Our 2018 Vintage Westerns Calendar features outtakes from the pulps best of the west every month and are available for your enjoyment and on sale for 50% OFF HERE.