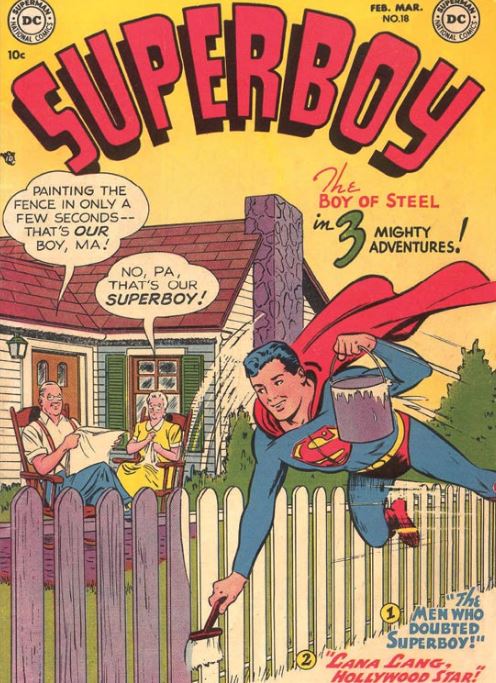 Just another day Trimming the Hedges, Painting the fence and Time Travel with Superboy. 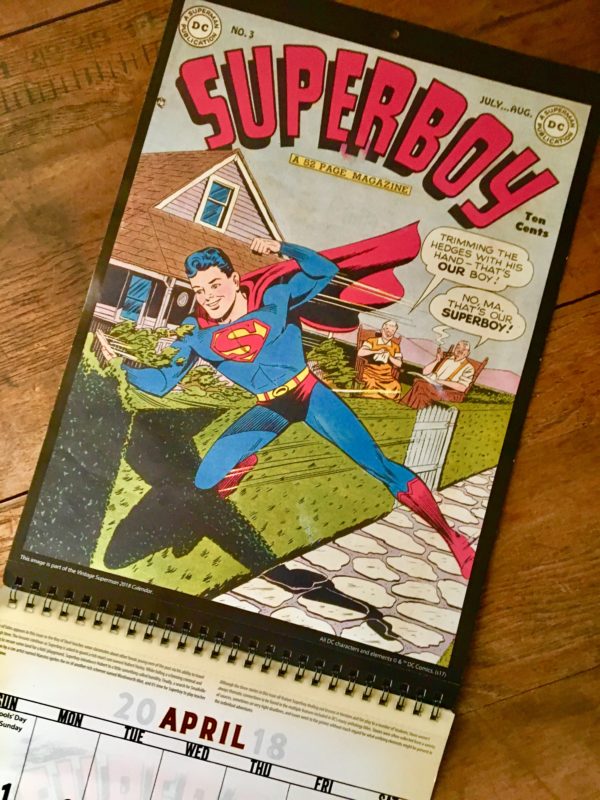 A trio of tales appears in this issue as the Boy of Steel teaches some classmates about other heroic young men of the past via his ability to travel through time.  The lessons continue as Superboy is asked to guard a rich man’s son named Hubert Harley.  While foiling a scheming criminal and helping to secure some land for a kids’ playground, Superboy introduces Hubert to something called humility.  Finally, a search for Smallville talent run by a con artist named Maestro ignites the ire of another rich schemer named Wordsworth Mint, and it’s time for Superboy to play teacher one last time.

Although the three stories in this issue all feature Superboy dealing out lessons in heroism and fair play to a number of ‘students,’ there weren’t always thematic connections to be found in the multiple features included in DC’s many anthology titles.  Stories were often collected from a variety of sources, sometimes on very tight deadlines, and issues went to the printer without much regard for what unifying elements might be present in the individual adventures.

Many thanks to Dr. Arnold T. Blumberg for his expert commentary above for the Supoerboy Comics Volume 1, No. 3, July 1949 Cover.  To purchase the 2018 Vintage Superman Calendar from which this month of April appears, click HERE.