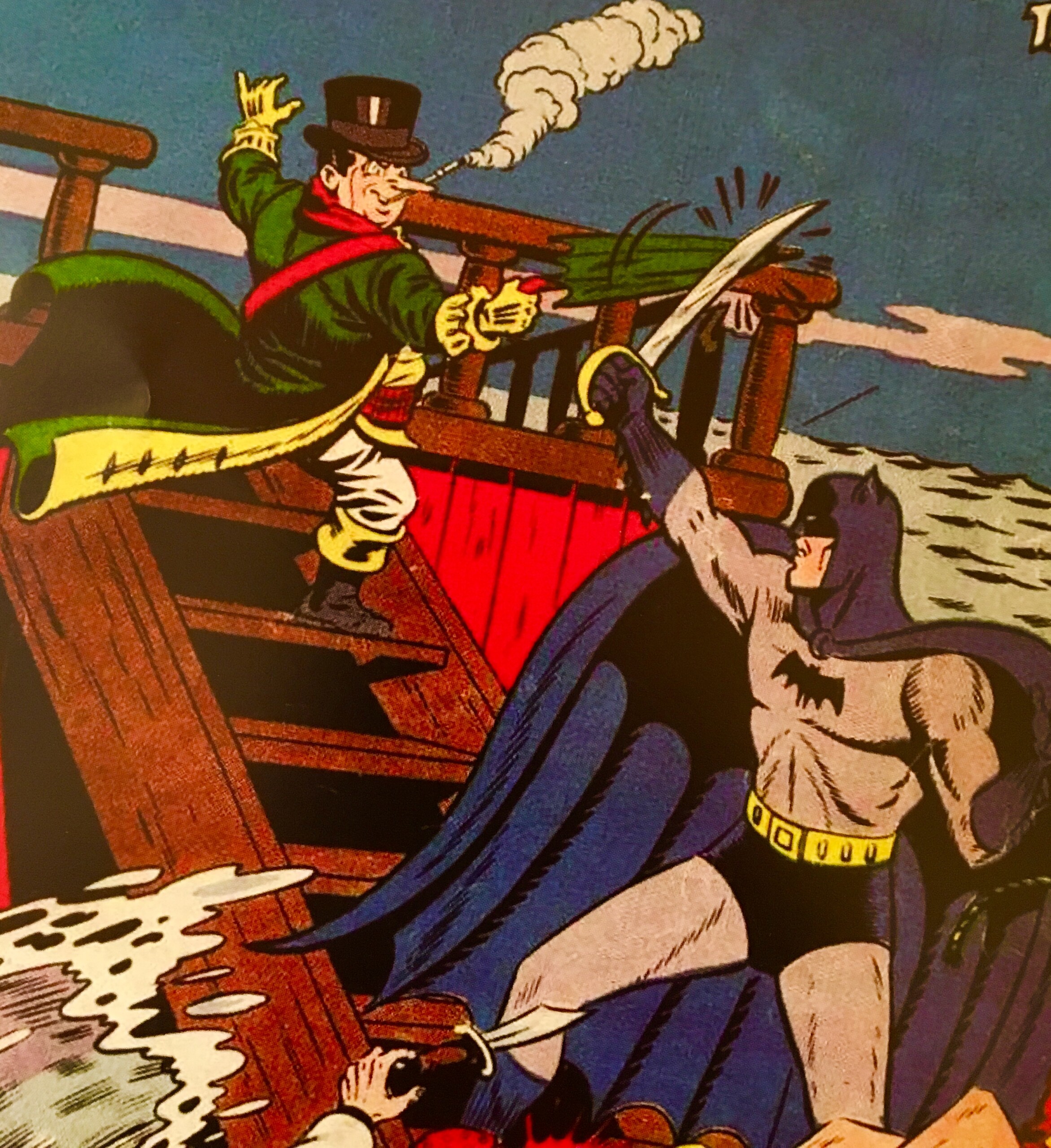 Batman and Robin vs. The Penguin in another Crime Duel!! 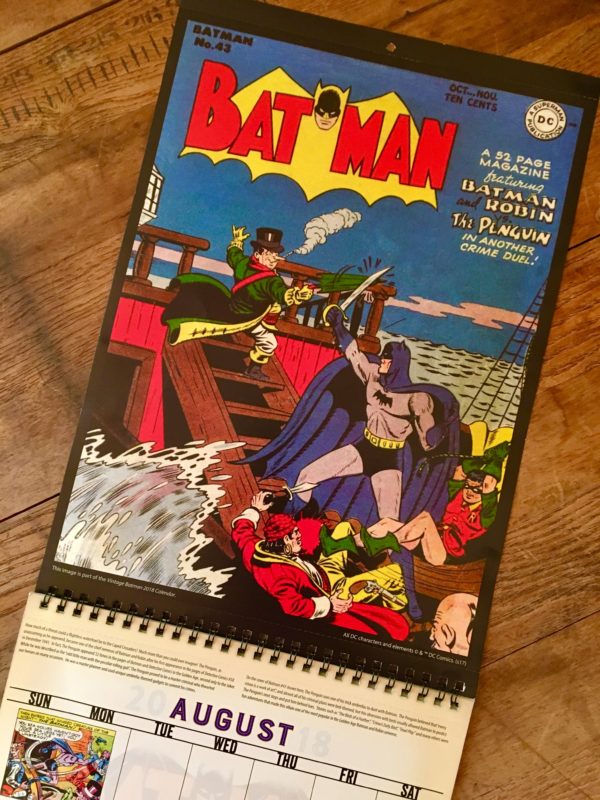 How much of a threat could a flightless waterfowl be to the Caped Crusaders?  Much more than you could ever imagine!  The Penguin, as unassuming as he appeared, became one of the chief nemeses of Batman and Robin after his first appearance in the pages of Detective Comics #58 in December, 1941.  In fact, The Penguin appeared 32 times in the pages of Batman and Detective Comics in the Golden Age, second only to the Joker.  While he was described as the ‘odd little man with the peculiar rolling gait”, The Penguin proved to be a master criminal who thwarted our heroes on many occasions.  He was a master planner and used unique umbrella-themed gadgets to commit his crimes. 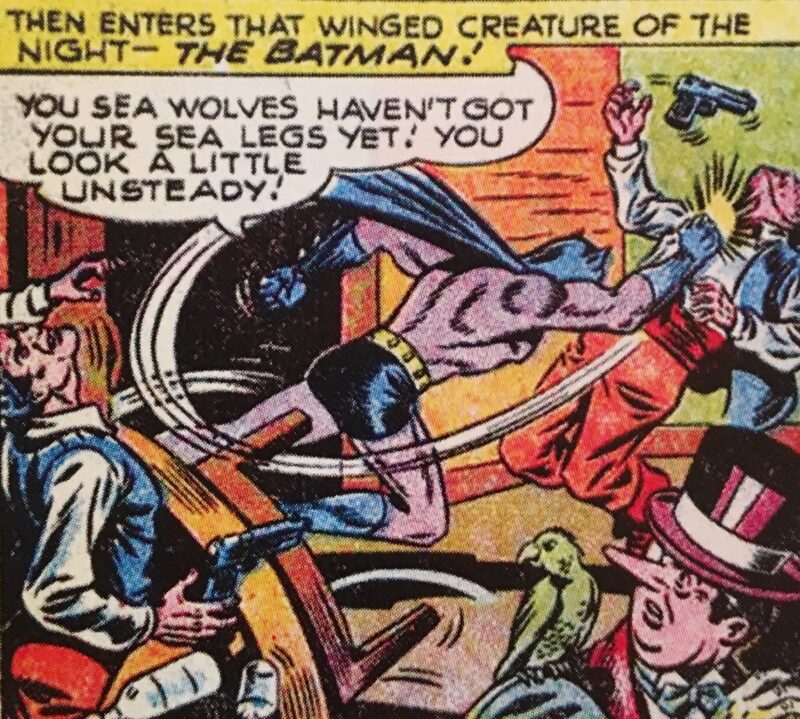 On the cover of Batman #43 shown above, The Penguin uses one of his trick umbrellas to duel with Batman.  The Penguin believed that “every crime is a work of 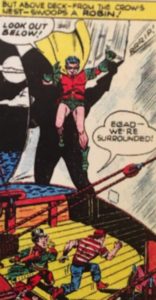 art”, and almost all of his criminal plans were bird-themed, but this obsession with birds usually allowed Batman to predict The Penguin’s next steps and put him behind bars.  Stories such as “The Birds of a Feather”, “Crime’s Early Bird”, “Fowl Play” and many others were fun adventures that made this villain one of the most popular in the Golden Age Batman and Robin Universe.