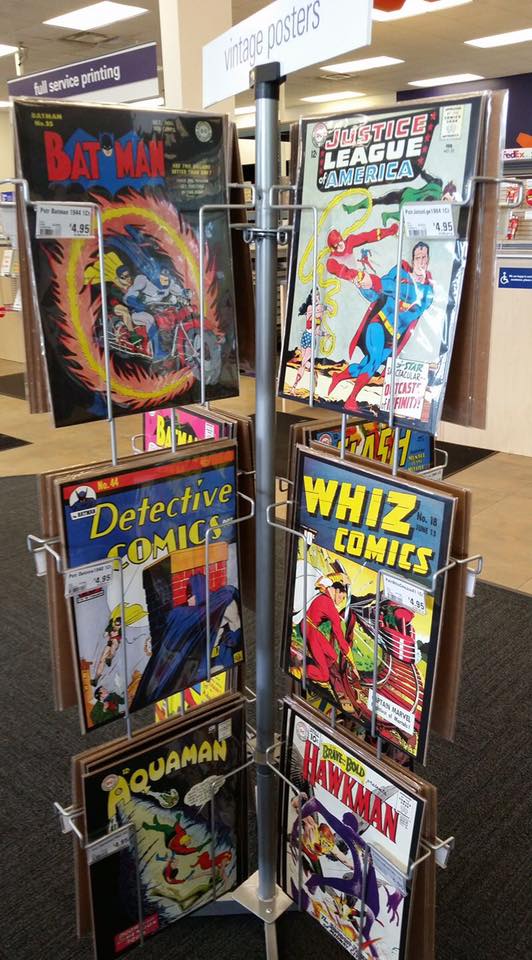 One Man Mission to find “Menace-Of-The-Man-Missile!” Poster Print a SUCCESS! 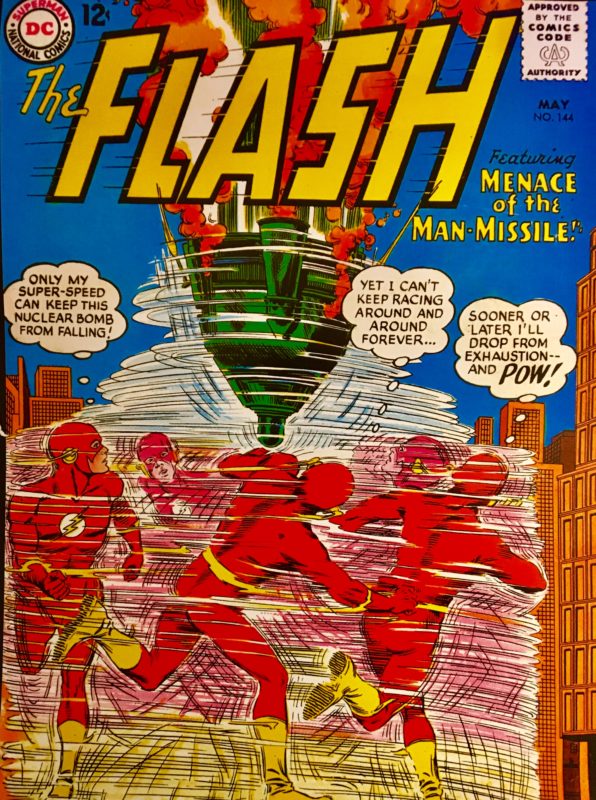 The following is a True Life Story sent in by our newest Asgard Press customer Allan Metz.  Enjoy…

It all started out innocuously enough on a routine visit to my local FedEx Office location a few months ago. Something, however, was different this time. As I walked into the store, I immediately noticed a brightly-colored display of vintage 11 x 14-inch cardboard-backed posters of DC Comics’ covers mostly from the 1960s. As I waited in line, I perused the assemblage and one particularly stood out—the cover of The Flash, issue number 144. The lead title was “Menace of the Man-Missile!” The scene depicted on this cover is located outside Central City, this superhero’s hometown. The Flash is endlessly circling at superspeed around a nuclear bomb to prevent its imminent explosion. He wonders, however, how much longer he can maintain this unsustainable pace: “Only my super-speed can keep this nuclear bomb from falling. Yet I can’t keep racing around and around forever…Sooner or later I’ll drop from exhaustion—and POW!”

By then, my turn in line had come. After the task I requested had been completed, I had the print in my hand to get a closer look and thought about buying that cover poster. It turned out, however, that I did not because my purpose was of importance not involving some “trivial” comic book cover. Or so I thought. Soon after returning home, my perspective had changed, and I decided that I made a mistake not buying it then and there when I had the chance. Although only one remained, I figured that it still could be there when I needed to return to the store in a couple of days. It goes without saying that the poster had sold out and there would not be any additional copies being ordered. As perhaps a way to help compensate for this disappointment, I instead bought four cover posters that also were of interest, but to a lesser extent. And in a later visit, I purchased five additional ones for a total of nine.

Even before then, however, I was determined to try to locate that cover. I soon, however, was about to learn just how challenging that could be. The quest began by asking the assistant manager the name of the store’s supplier. That lead, however, did not pan out. The employee also offered to call the other local FedEx Office location asking for the cover with the lead story “Menace of the Nuclear-Man.” No, I thought; it should be “Menace of the Man-Missile.”  Regardless, the other store also was out. I then renewed my previous futile efforts to locate the prized cover. The company’s name, Asgard Press, was on the back of the cover. I searched on its website and eventually called Asgard. I left a voicemail message, received a call back when I inquired about the poster. Amy, the friendly person who answered, suggested a store in Maryland that had ordered the batch of twenty-four posters, which included the one I was looking for. While the person answering there was helpful and looked, no luck there either.

A lesson learned from this experience was that when an opportunity presents itself, it is important to seize the moment because that opportunity could well not be available again. Another was that if something is important, then it okay to accept it as such. In my case, comic books reflect more generally my long-term interest in popular culture, so it is necessary to acknowledge that and allow that interest to take me wherever it may lead. Consequently, for example, I am much more inclined now to take a related course or courses on graphic novels such as one focusing on Neil Gaiman even if that means in the process bypassing more conventional type writing classes, including foundational ones. Finally, on a more personal and nostalgic level, these covers, particularly the one that caught my attention, reminded me of my adolescent years, which was a much more innocent time, especially the early to mid-1960s. At that time, my other comic book reading friends advised me that I was old enough to “graduate” from the Dell comic books featuring Disney characters such as Donald Duck, Mickey Mouse, and others to DC comic books with its cast of superheroes, including Superman, Batman, the Justice League of America (JLA), and of course, The Flash.

On February 20, I received notification that the prints, including my favorite, at last were available online for purchase:

It goes without saying that I selected that until-then elusive Flash print, Justice League of America issue number 5, and a 1940s cover of an earlier version of the Flash entitled “The Flash Goes to Hollywood.” I ordered the prints soon after receiving notification, they shipped the next day, and were there at my doorstep the following Tuesday. Now my favorite print graces the middle of my living room fireplace mantle where it shares the spotlight with seven other comic book cover prints. It feels, however, as though it has been there all along. 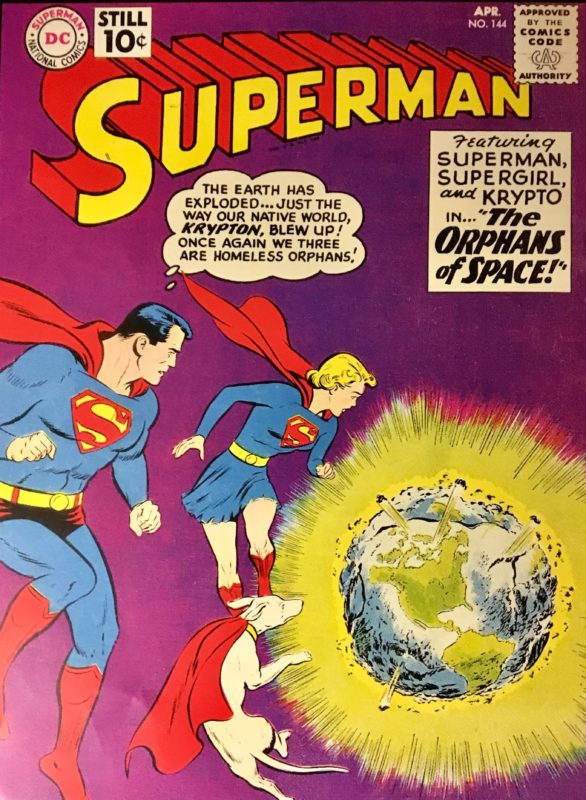 And top it all off, I happened to stop my local FedEx Office location a couple of weeks ago and, lo and behold, there were to my surprise a brand-new set of vintage DC comic book prints on display! (The original ones must have been selling well enough to print more 🙂 I purchased two covers of The Flash along with a Justice League of America and an Action Comic cover with Superman and Supergirl. Needless to say, I bought them right on the spot.

Do you have a story you’d like to share with us?  We’d love to hear from you!  Send what you’ve got to andy@asgardpress.com and we’ll share with our fans!