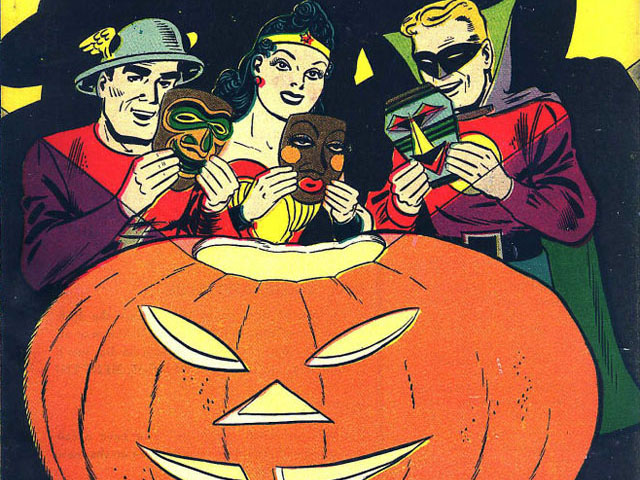 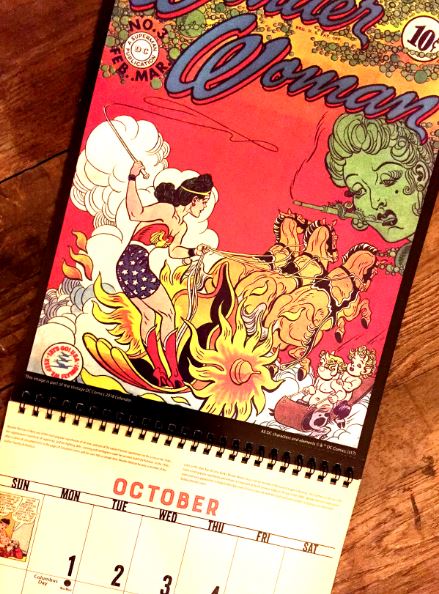 Wonder Woman is likely one of the most popular superheroes of all time, and one of the earliest female superheroes on the scene in the 1940’s.  Her superpowers rival those of Superman, and her fighting skills, cunning and intelligence make her an even match for Batman.  In the 1940’s after a series of solo adventures in the pages of Sensation Comics and her own title as shown above, Wonder Woman became a member of the Justice Society of America.

Later, in the Silver Age of Comic Books, Wonder Woman was a charter member of the Justice League of America.  She continues to be one of DC Comics most popular superheroes and remains as important to the DC Universe today as she was in the 1940’s.  Wonder Woman made regular cover and story appearances in many Golden Age issues of Comic Cavalcade with the Flash and Green Lantern, including some memorable holiday themed covers as seen below – HAPPY HALLOWEEN!! 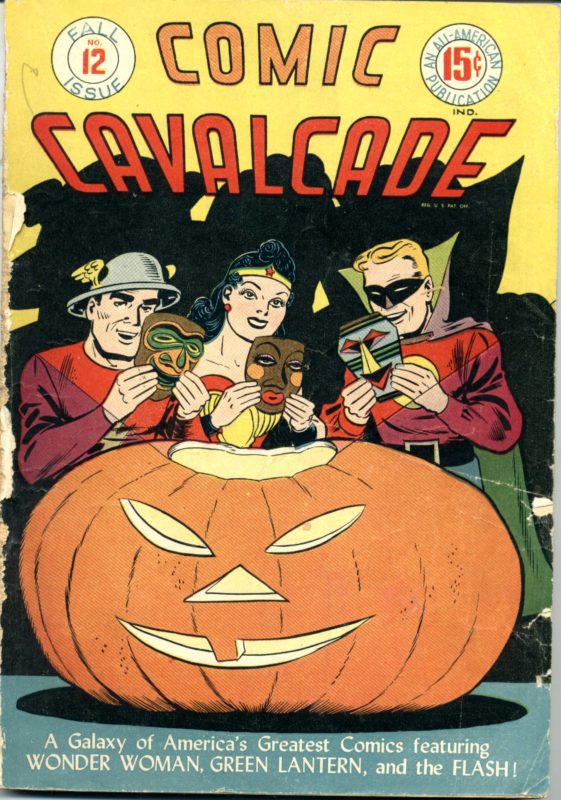 The 2018 Vintage Wonder Woman Calendar and the rest of our Pop Culture Calendars can be found HERE.