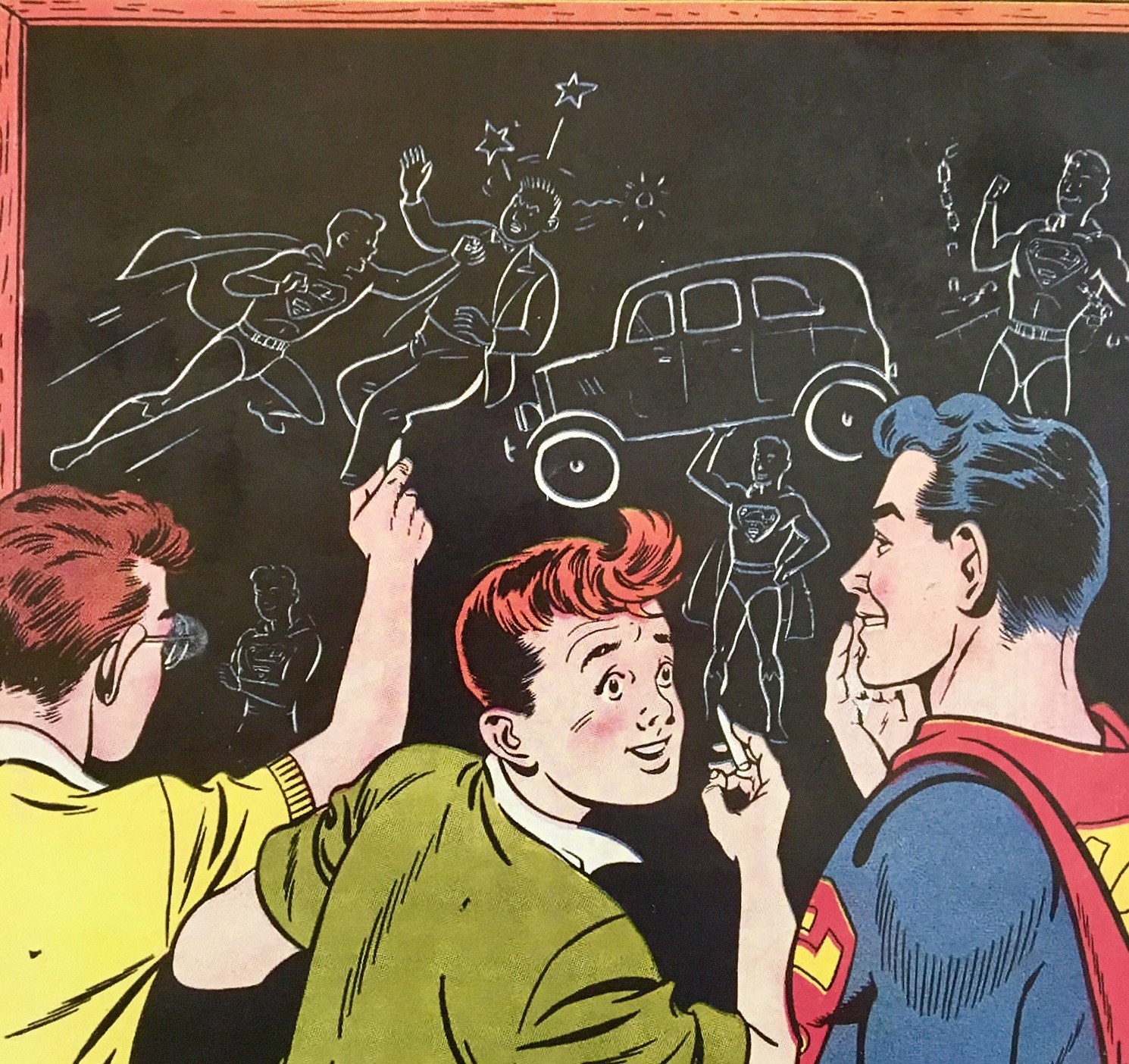 School’s not out yet Superboy… 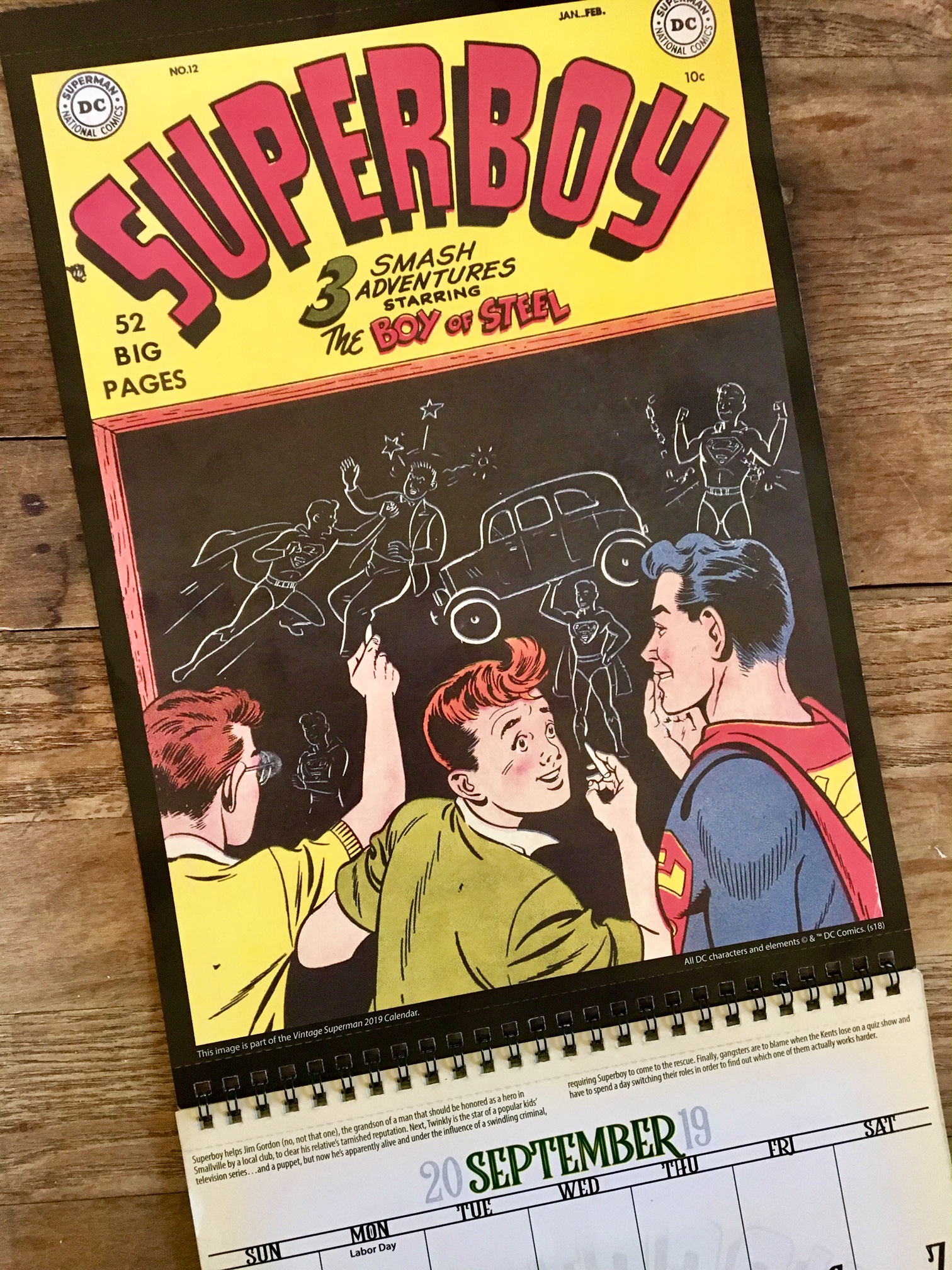 Superboy helps Jim Gordon (no, not that one), the grandson of a man that should be honored as a hero in Smallville by a local club, to clear his relative’s tarnished reputation.  Next, Twinkly is the star of a popular kids’ television series…. and a puppet, but now he’s apparently alive and under the influence of a swindling criminal, requiring Superboy to come to the rescue.  Finally, gangsters are to blame when the Kents lose on a quiz show and have to spend a day switching their roles in order to find out which one of them actually works harder.

Hey, it’s not too late to get a 2019 Vintage Superman Calendar even though we’re finishing up the month of April and have 7 months left in the year.  Why you ask?  Because you can perforate and accentuate, that’s why (See below)!

Appreciation for the expert commentary on Superman provided for our 2019 Vintage Superman Calendar (cover below ) goes to Dr. Arnold Blumberg.  THANKS DOC!!  Doc is an educator, publisher, author, comic and pop culture historian, and former museum curator.  He was the editor of The Overstreet Comic Book Price guide and teaches courses in everything from comics to zombies to the Marvel Cinematic Universe.  Find him on Twitter @DoctoroftheDead. 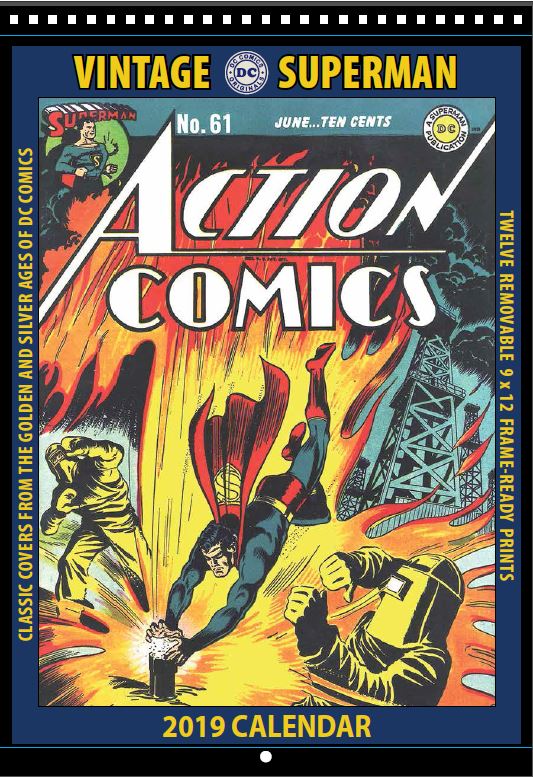