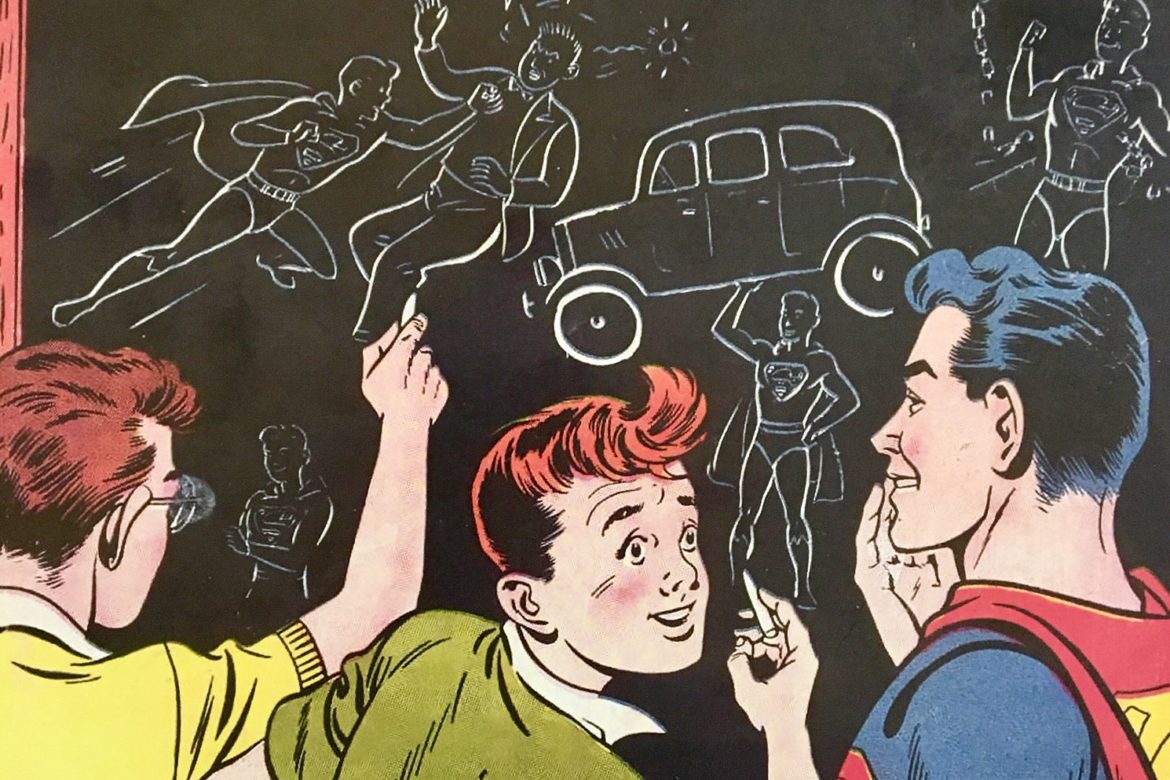 School's not out yet Superboy... Superboy helps Jim Gordon (no, not that one), the grandson of a man that should be honored as a hero in Smallville by a local club, to clear his relative's tarnished reputation.  Next, Twinkly is the star of a popular kids' television series.... and a puppet, but now he's apparently alive [...]
Posted by Andy Hyman