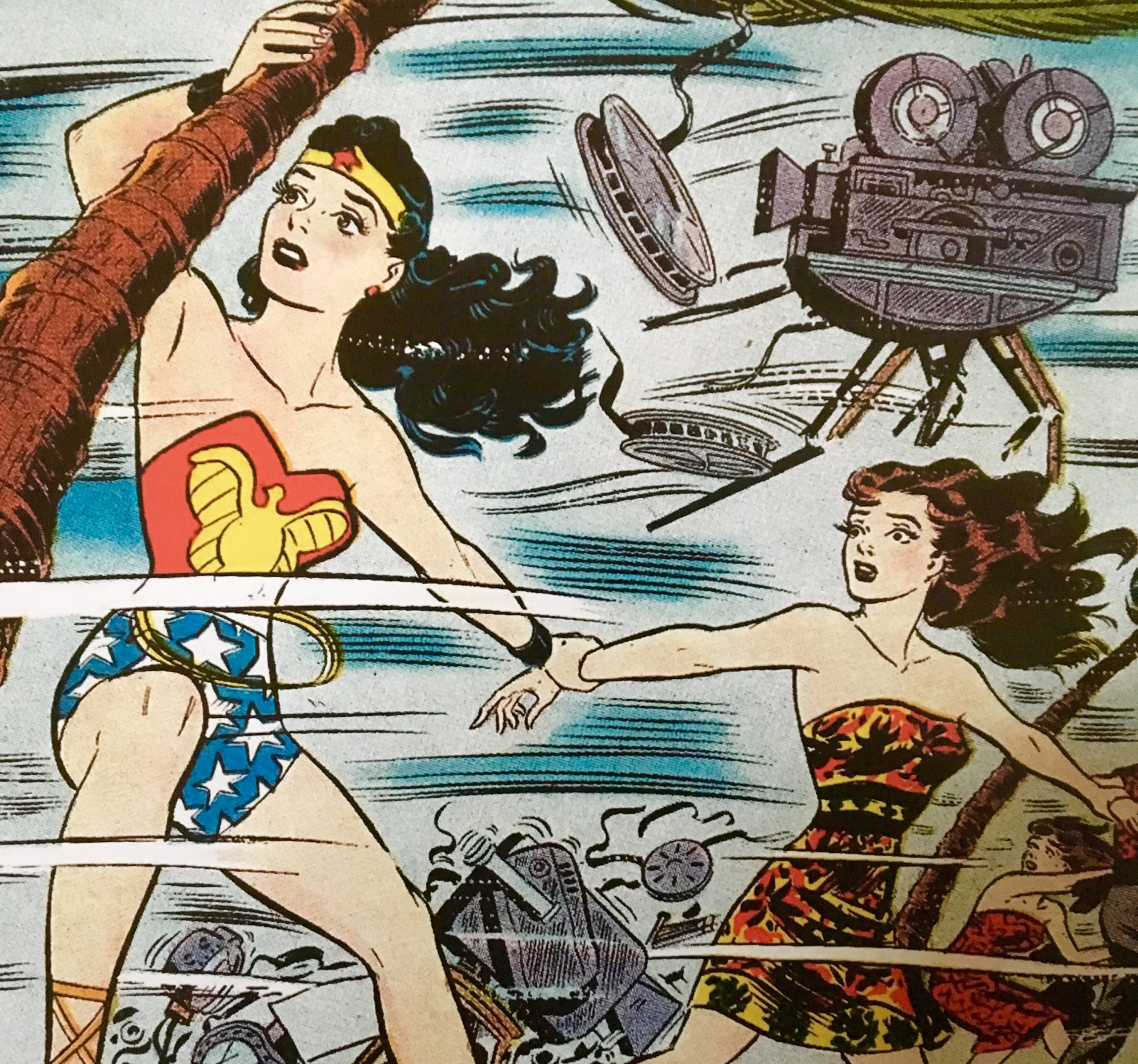 Wonder Woman Plays Her Most Daring Role!  Read on… 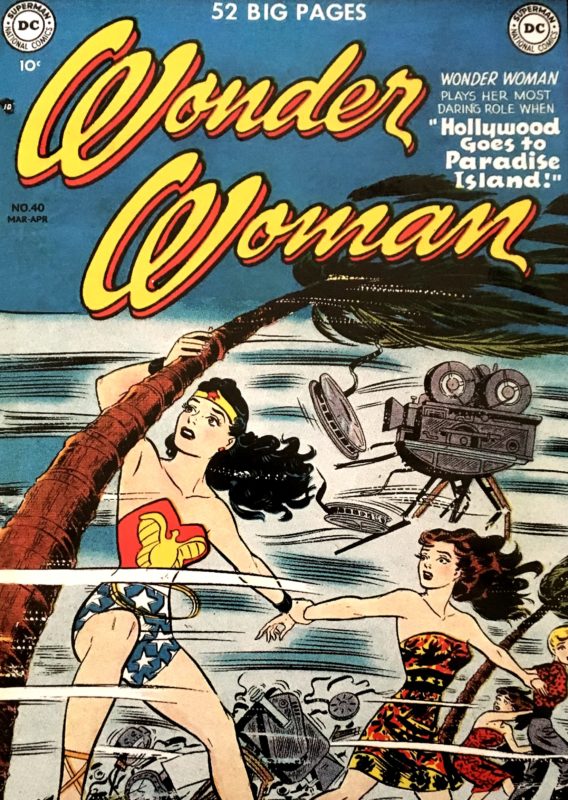 Wonder Woman is demonstrating her water-skiing skills when a movie studio gets the chance to produce a film on Paradise Island itself.  Things take a tense turn when director Von Tender is incensed to learn that Wonder Woman, now working as the film’s technical advisor, insists that women comprise the entire cast and crew. 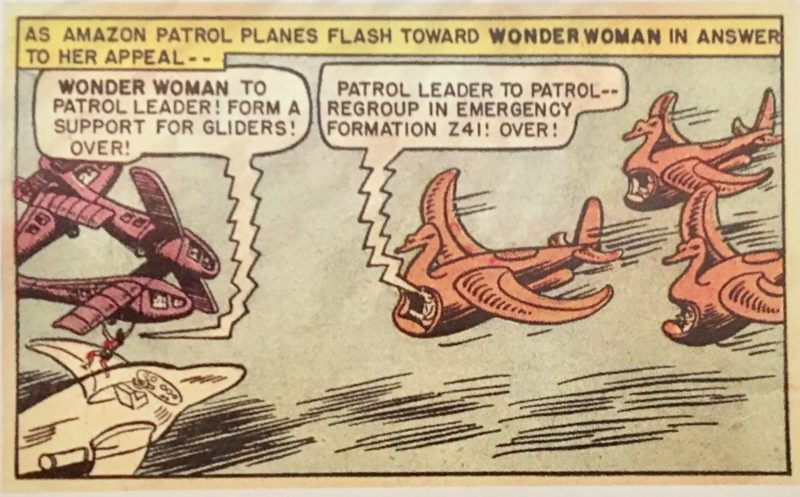 Later, the Amazon has to lasso a cluster of diving gliders from the hull of her invisible plane in an effort to save the movie crew from disaster.  Margrete, Queen of Denmark, Norway, and Sweden, is profiled as one of the “Wonder Women of History.” 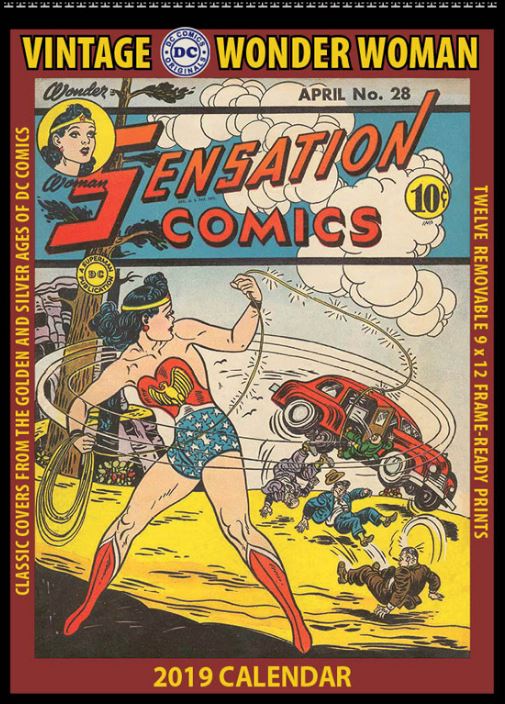 Many thanks for the expert commentary provided for our 2019 Vintage Wonder Woman Calendar (cover above) goes to Dr. Arnold Blumberg.  Doc is an educator, publisher, author, comic and pop culture historian, and former museum curator.  He was the editor of The Overstreet Comic Book Price guide and teaches courses in everything from comics to zombies to the Marvel Cinematic Universe.  Find him on Twitter @DoctoroftheDead.