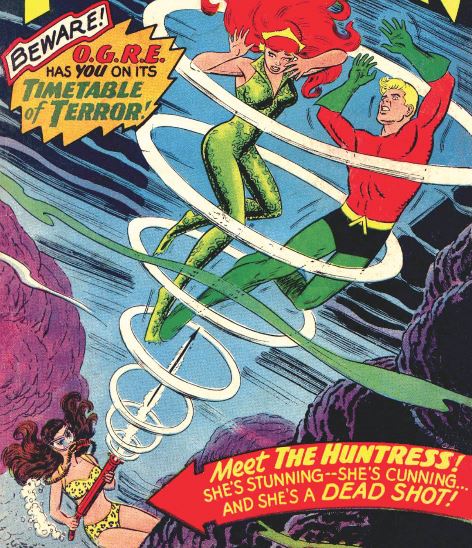 Aquaman takes on the Huntress! 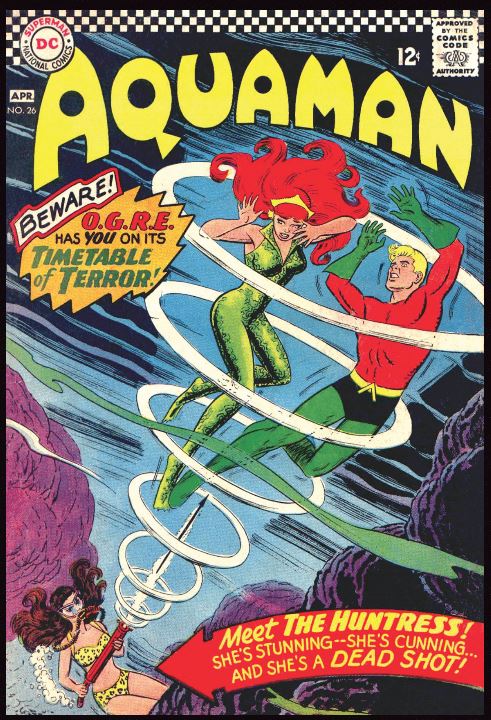 With a timely title that playfully pays homage to the 1963 James Bond film, From Russia with Love (itself named after the 1957 Ian Fleming novel), this issue finds Aquaman and Mera helping the American authorities in investigating the operations of a criminal organization known as O.G.R.E.  Adopting the singularly convincing aliases of Mr. and Mrs. “Waterman,”  the two heroes battle the Huntress and Typhoon,  two O.G.R.E. agents sent by their nefarious superior, the Supreme One.  When the antagonists’ attempted assassination of the Atlanteans goes awry,  Aquaman and Mera convince their attackers to switch allegiance. 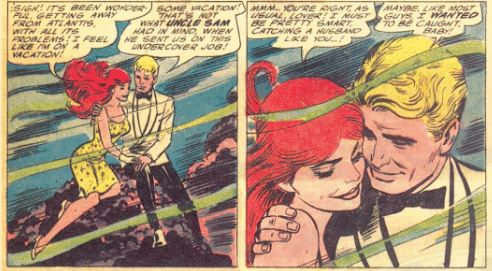 Eventually,  the Supreme One is found masquerading as a hotel manager that the “Watermans” had encountered before,  where his goal was to operate unnoticed while seizing control of an abandoned factory that manufactured atomic missiles.  The Supreme One’s true identity is revealed,  and the O.G.R.E. leader is taken into custody thanks to our Atlantean heroes. 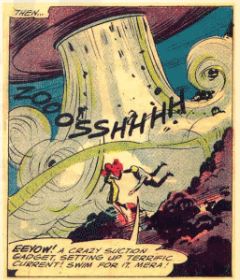 Kudos to Dr. Arnold T. Blumberg for his expert commentary above and to the talented artists and writers of DC Comics who captivated and inspired millions of readers during this magical Golden Age.  To purchase the 2020 Vintage DC Comics Calendar below in which the above story appears, click HERE.