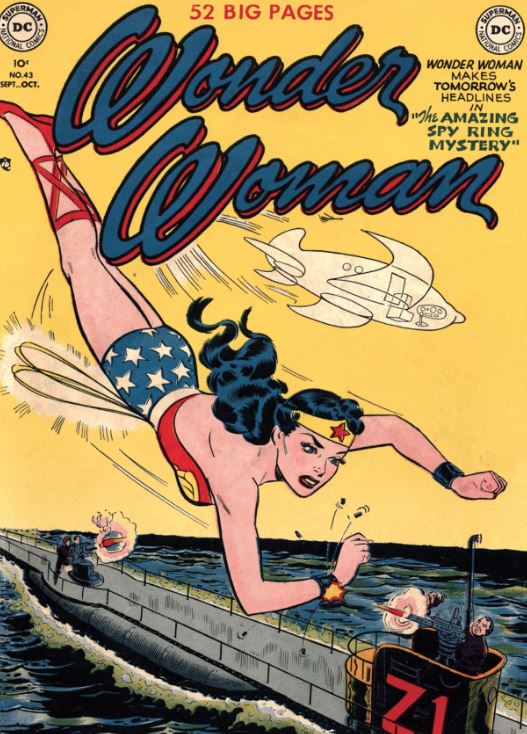 In the first of three stories, Wonder Woman is wrongly accused of being the master spy known as Z-One. The real villain is already dead, but Diana is publicly posing as the agent in order to smoke out three lieutenants that complete the spy ring, and her final challenge is a deceptively simple word puzzle. In the second adventure, Lenard Shipline owner Lemuel Tugboat has his ships threatened by a saboteur, including one on which Etta Candy and the Holliday Girls are sailing. 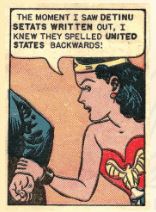 It’s all the work of Nuclear, magnetic murderer, otherwise known as Percy Playboy.  In the final feature, it’s a Southern Gothic swamp mystery as the deranged sibling of explorer Globe Trotter uses marauding elephants against the Amazon Princess in order to secure his family fortune. A “Wonder Women of History” feature focuses on publisher, lawyer, and activist Myra Colby Bradwell.

Appreciation for the expert commentary on Wonder Woman Cover story for the month of June 2020 provided for our 2020 Vintage Wonder Woman Calendar  goes to Dr. Arnold  Blumberg.  THANKS DOC!!  Doc is an educator, publisher, author, comic and pop culture historian, and former museum curator.  He was the editor of The Overstreet Comic Book Price guide and teaches courses in everything from comics to zombies to the Marvel Cinematic Universe.  Find him on Twitter @DoctoroftheDead.