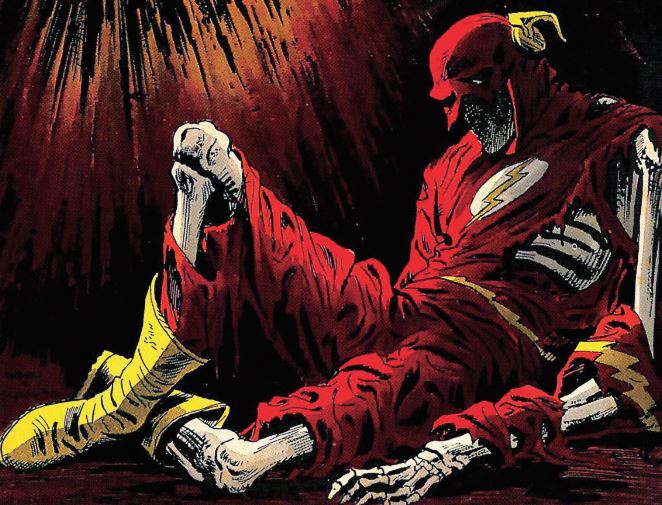 OH NO!!!  What Happened to The Scarlet Speedster?!?! 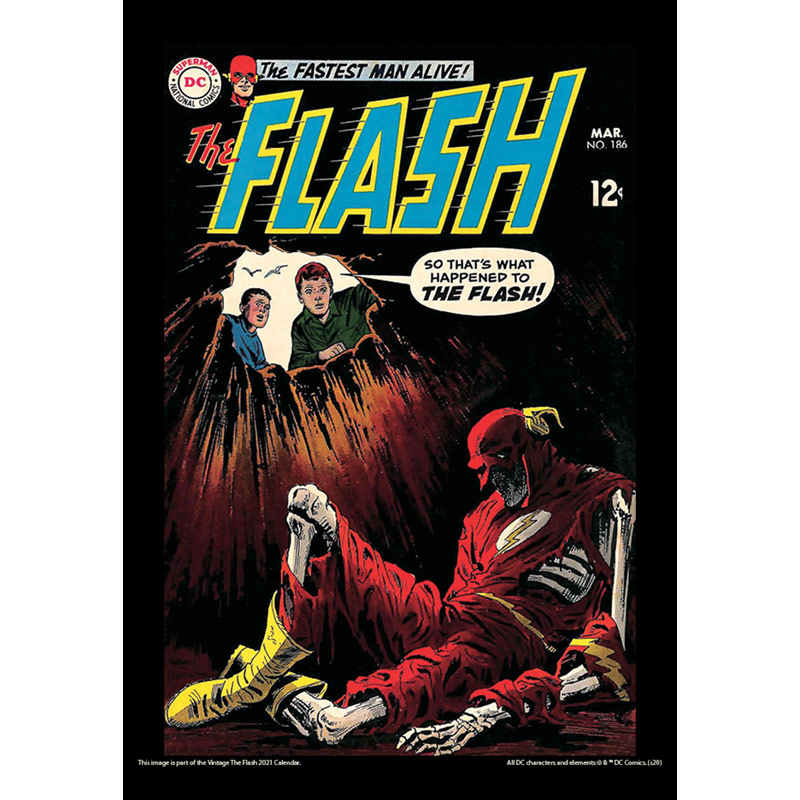 There’s something superbly macabre about a lot of The Flash’s memorable covers from years past, and this one is a doozy.  But that’s nothing compared to the story within, which features a former Golden Age hero named Sargon the Sorcerer who has now turned evil and attempted to team up with none other than Professor Zoom, the Reverse-Flash.

When Zoom goes rogue before teaching Sargon the secrets of time travel, the mystic tries to trick his erstwhile ally by conjuring the actual bones of the Flash from just after the hero’s death!  When that fails, Sargon and a sick Scarlet Speedster must join forces to stop the Reverse-Flash as he embarks on a global crime spree. Then it’s a quick trip to the future for The Flash in order to find a cure for his ailment.   By the end of this story, he’s bone tired…yes, we went there!