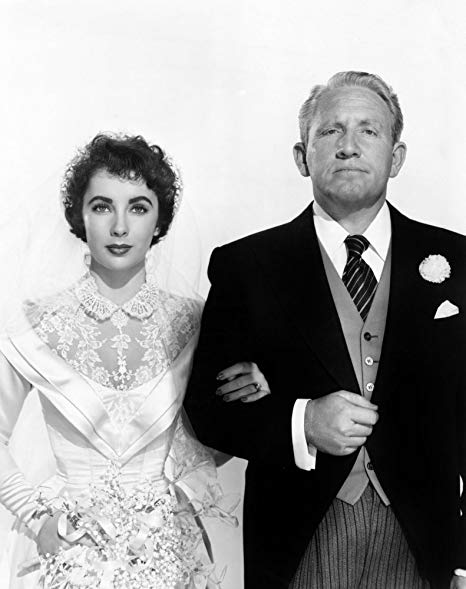 March is for Marching down the Aisle…..

….as in a Classic Movie Monday featuring Father of the Bride! 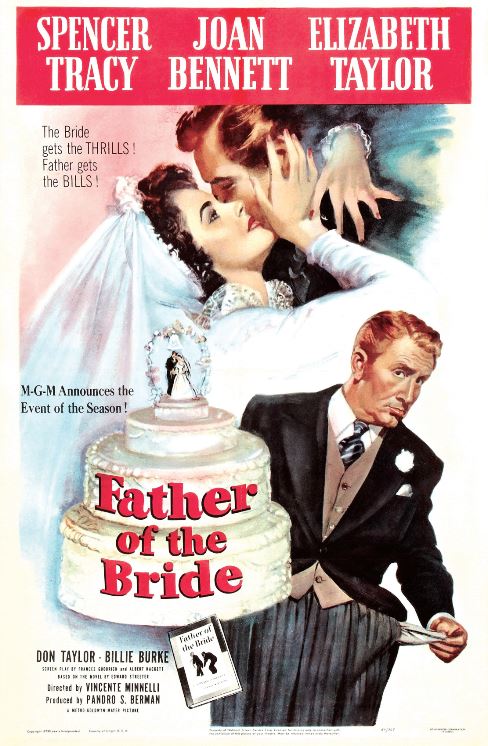 Based on an Edward Streeter novel, Father of the Bride places an anxious Spencer Tracy in the middle of a marriage maelstrom as Stanley T. Banks,  the hapless dad of newly engaged Kay (Elizabeth Taylor),  as she embarks on wedding plans with fiancée Buckley (Don Taylor, no relation) and mother Ellie (Joan Bennett).  What follows is barely controlled chaos,  with Stanley struggling to enjoy one moment of his daughter’s impending wedded bliss while money keeps flying out the window.

The hit movie was followed by an equally successful sequel in 1951, Father’s Little Dividend,  as well as a short-lived TV series.  Decades later,  Steve Martin stepped into Tracy’s shoes and made two equally beloved remakes of the original films.  “And then the day comes when she gets her first permanent wave and goes to her first real party,  and from that day on,  you’re in a constant state of panic.”

If you enjoy the Vintage Movie posters featuring Father of the Bride above, then you’ll love the rest of what’s available in our 2020 Vintage Movie Posters Calendar – a fantastic NEW addition to our growing list of Pop Culture titles.  A dozen masterpieces that will give you a nostalgic glimpse of the Golden Age of Cinema.  ACTION!!