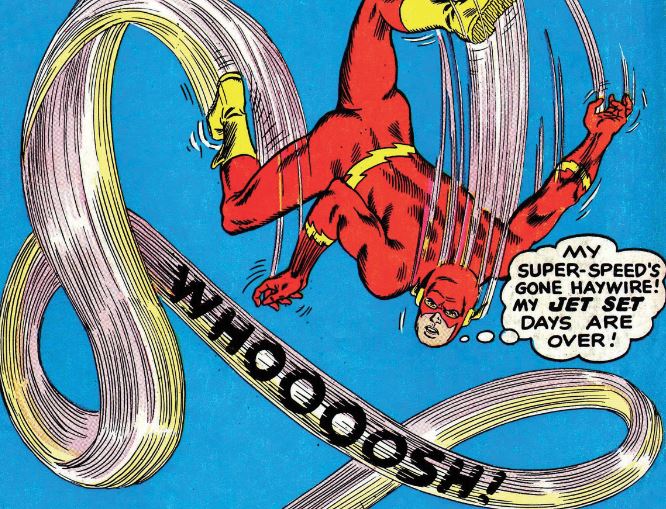 “The Day FLASH Ran Away with HIMSELF!” 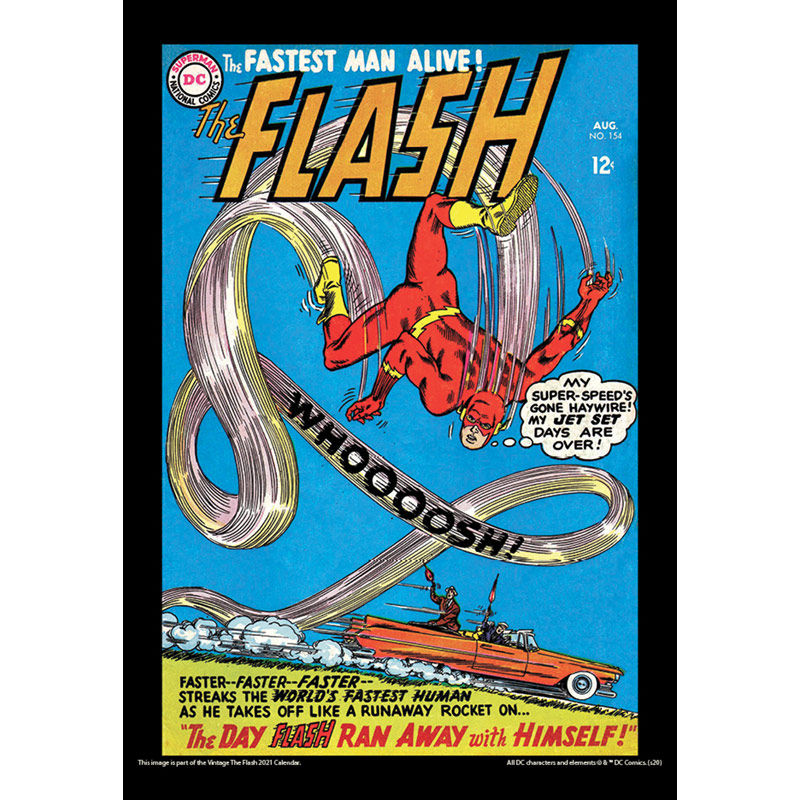 When The Flash loses control of his powers,  it’s a recipe for chaos and the beginning of a mad chase to find an antidote.  Suffering from bursts of uncontrollable speed as well as “ultra-slowness,”  the Monarch of Motion falls victim to crooks that take advantage of his new weakness.  While investigating potential cures,  he also has to foil a robbery attempt by using his own affliction against them. 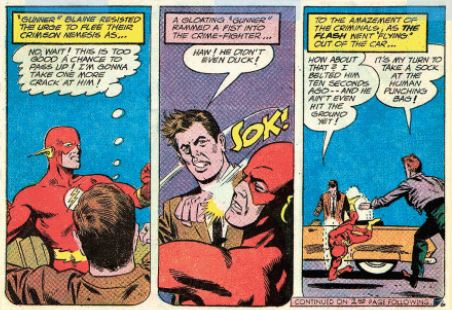 Eventually,  Barry determines that he’s building up excess energy over time and will have to regularly siphon it off in order to control future bouts of “haywire speed.”  In the issue’s second story,  actor Dexter Myles (who debuted in issue #138 and would one day become curator of The Flash Museum in Central City)  gets some timely help from The Flash and winds up getting a job at a certain institution devoted to the history of the Scarlet Speedster. 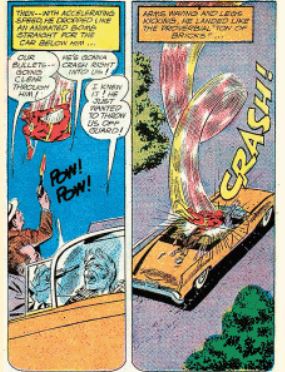