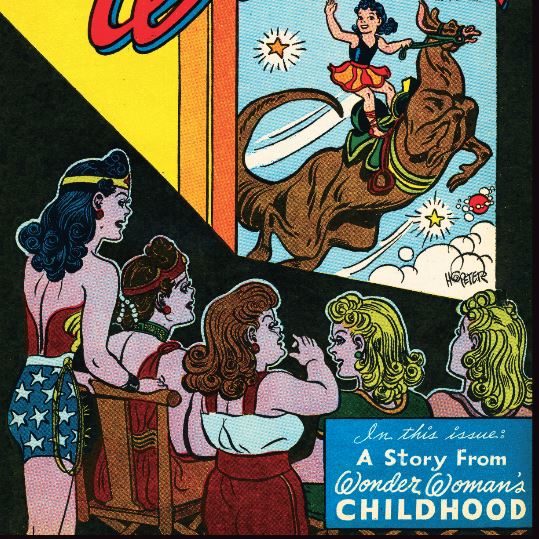 Diana When She Was Just 7 Years Old! 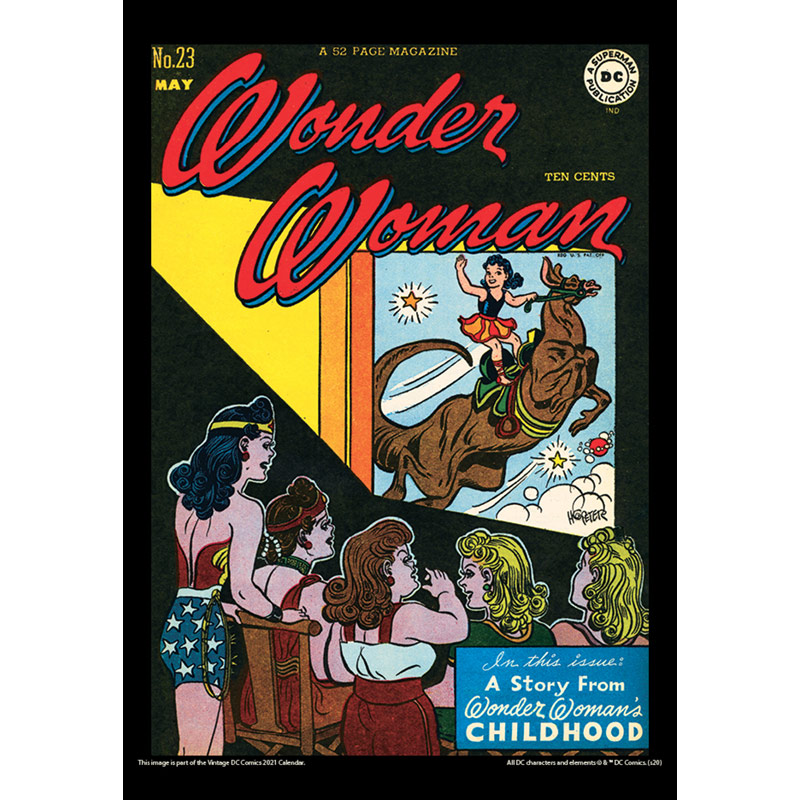 In the first of three adventures for the Amazon Princess, Odin attempts to combat the laziness of his Valhalla heroes by capturing Amazons and turning them into Valkyries;  this plan is, of course, doomed, and Odin is profoundly demoralized by his failure.  In the second story, a resurrected Egyptian King Aknaten has enslaved Professor Chemico and plots to lay waste to Earth with a poisonous gas;  it’s Wonder Woman, Etta Candy, and the Holliday girls to the rescue!

Finally, everyone is entertained when Queen Hippolyta shares home movies of Diana when she was 7 years old and holding back an invasion by the Sky Riders of Nebulosta;  this story reveals the origin of the Kangas on Paradise Island and was later reworked and retold in Wonder Woman#209 (January 1974).  A “WonderWomen of History” feature focuses on aviator Amelia Earhart, her record-breaking career, and tragic disappearance. 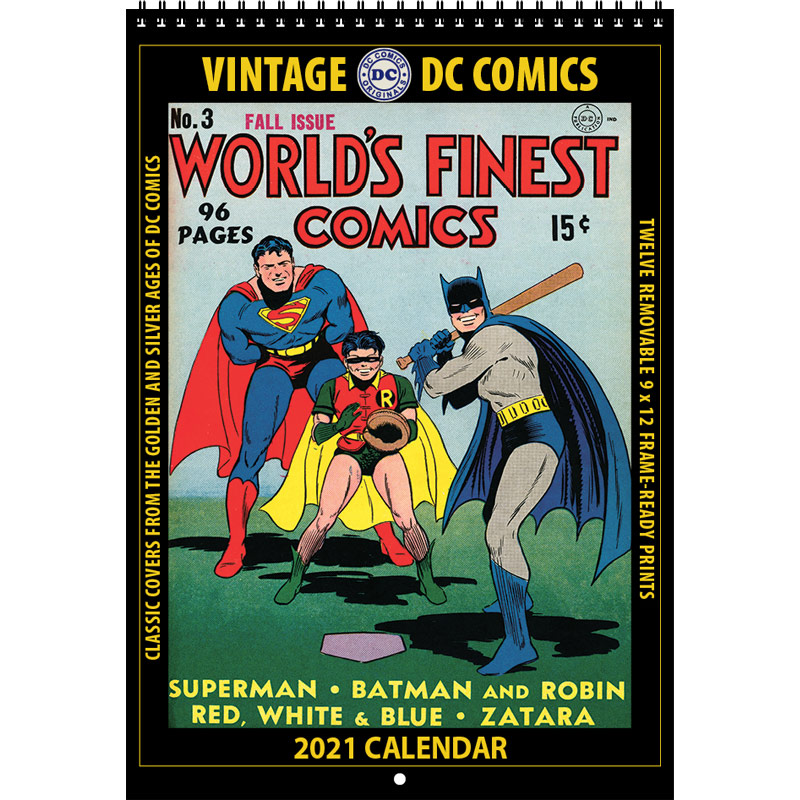 Kudos to Dr. Arnold T. Blumberg for his expert commentary above from our recently released 2021 Vintage Dc Comics Calendar (above and on Sale for 15% OFF!), and to the talented artists and writers of DC Comics who captivated and inspired millions of readers during this magical Golden Age.  Dr. Arnold T. Blumberg is an educator,  publisher,  author,  comic book and pop culture historian, and former museum curator.  He is the author or co-author of Zombiemania,  The Big BIG LITTLE BOOK Book,  and Howe’s Transcendental Toybox.   He was the editor of The Overstreet Comic Book Price Guide and also wrote for Cinescape,  The International Journal of Comic Art,  Fandom,  and IGN.com.  He holds a doctorate in Communications Design from the University of Baltimore and teaches courses in everything from comics and superhero mythology to zombies to the Marvel Cinematic Universe.  You can find him on Twitter at @DoctoroftheDead