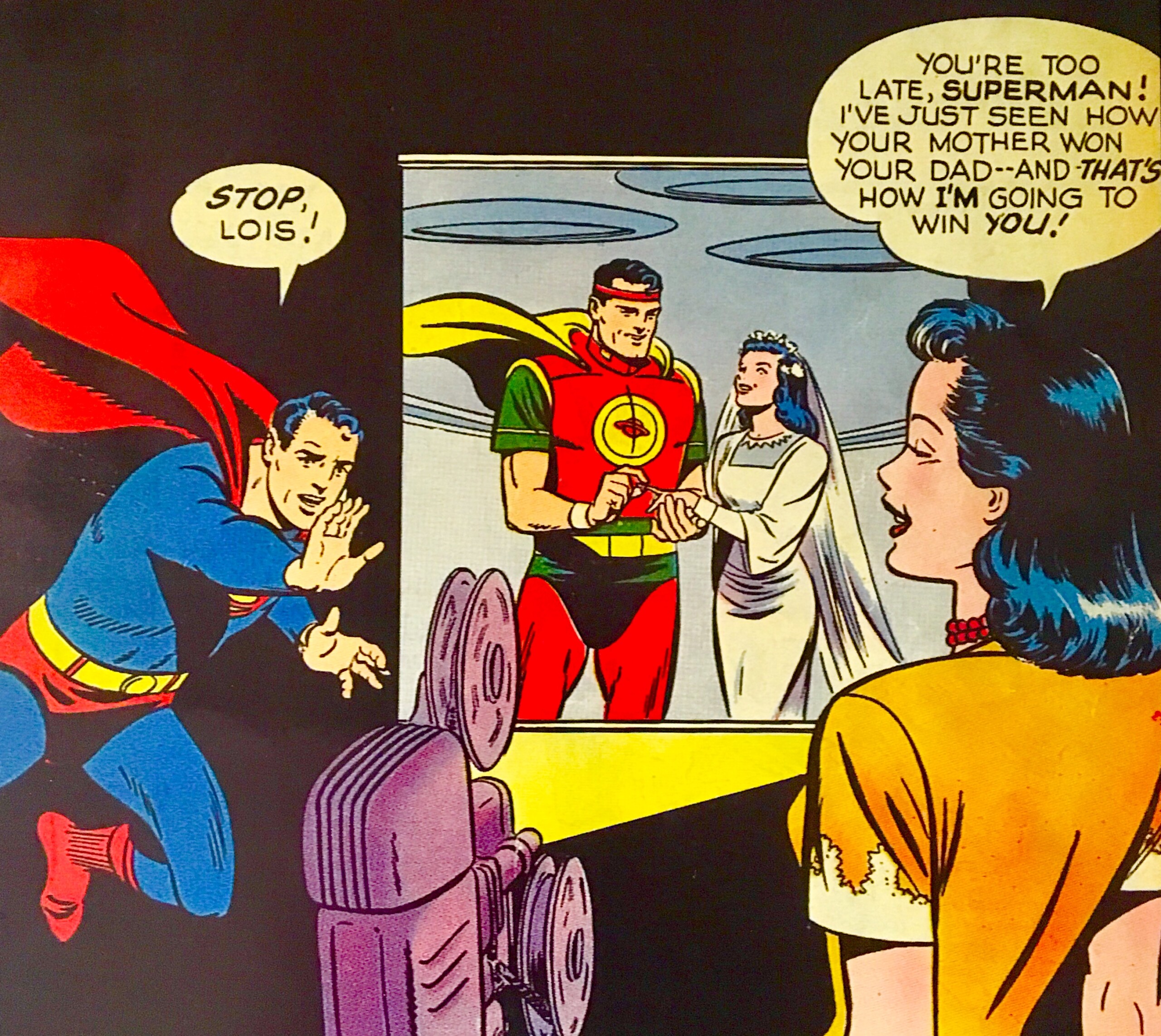 Thrills Of The 21st Century!

“The Courtship On Krypton” 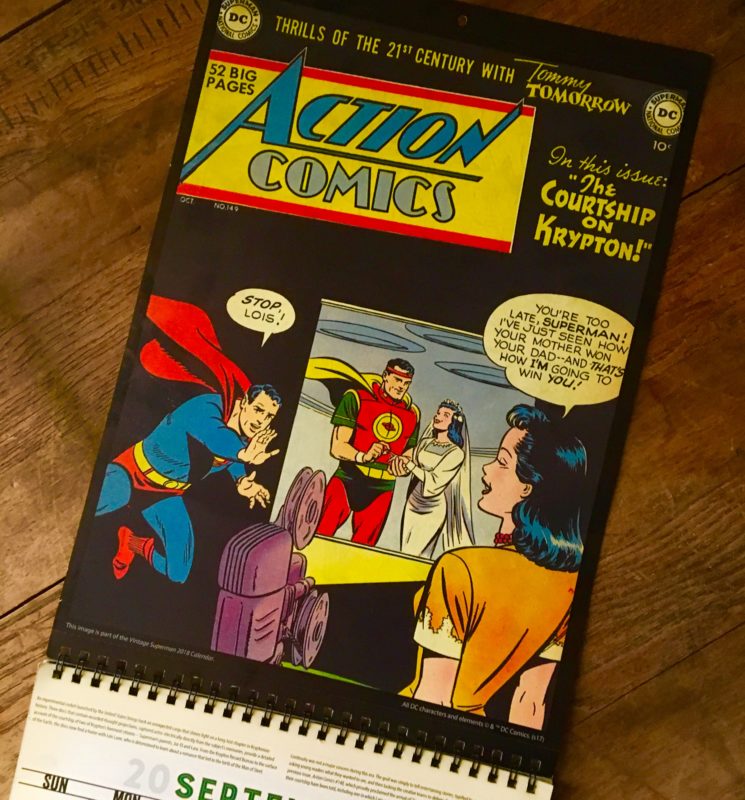 An experimental rocket launched by the United States brings back an unexpected cargo that shines light on a long-lost chapter in Kryptonian history.  Three discs that contain recorded thought projections, captured astro-electrically directly from the subject’s memories, provide a detailed account of the courtship of two of Krypton’s foremost citizens – Superman’s parents, Jor-El and Lara.  From the Krypton Record Bureau to the surface of the Earth, the discs now find a home with Lois Lane, who is determined to learn about a romance that led to the birth of the Man of Steel.

Continuity was not a major concern during this era.  The goal was simply to tell entertaining stories, typified by an editorial approach that involved asking young readers what they wanted to see, and then tasking the creative teams to deliver.  One of the most infamous examples was in the previous issue, Action Comics #148, which proudly proclaimed the arrival of “Superman, Indian Chief!”  As for Jor-El and Lara, multiple versions of their courtship have been told, including one in which Lara entice Jor-El with a rainbow cake, this, alas, was merely in one of Lois’s dreams. 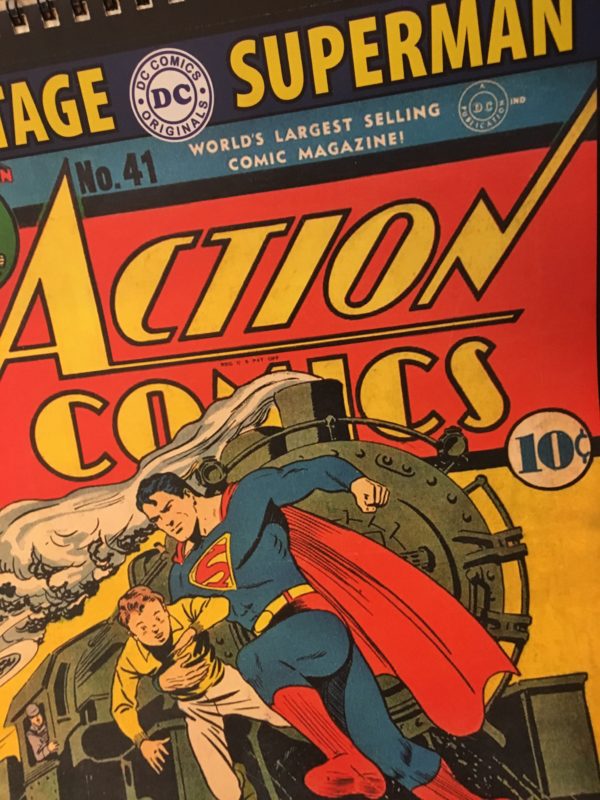 Many thanks for the expert commentary provided for our 2018 Vintage Superman Calendar  (above) goes to Dr. Arnold Blumberg.  Doc is an educator, publisher, author, comic and pop culture historian, and former museum curator.  He was the editor of The Overstreet Comic Book Price guide and teaches courses in everything from comics to zombies to the Marvel Cinematic Universe.  Find him on Twitter @DoctoroftheDead.