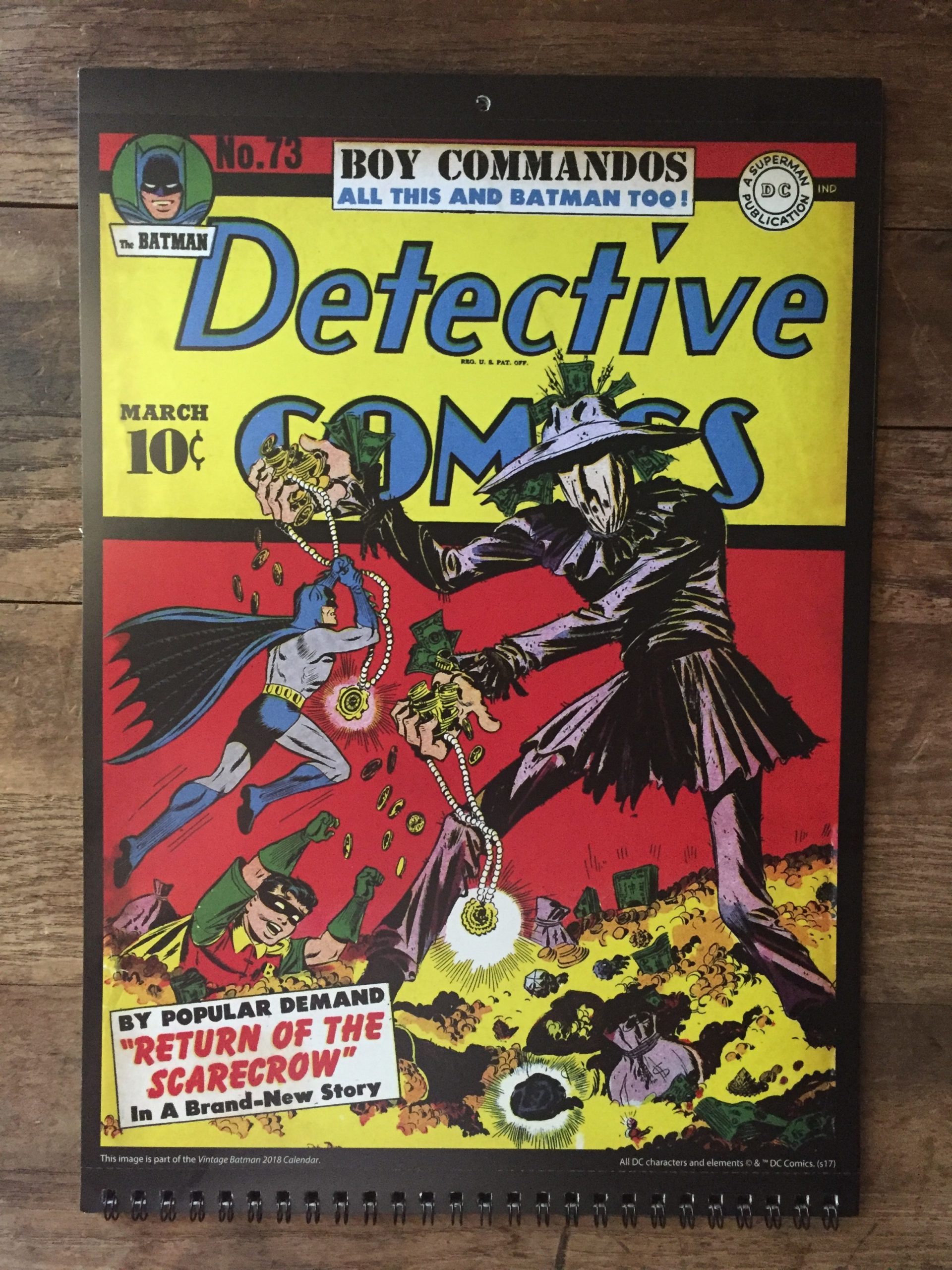 The Joker is clearly one of the most maniacal and terrifying villains of the Golden Age of comic books.  But what if an expert on the effect of terror and fear decided to use his knowledge to become a criminal?  The result would be terrifying, indeed!  This is exactly what happened when psychology professor Jonathan Crane, turned to a life of crime.  Crane, who first appeared in World’s Finest Comics #3, had grown up fascinated with fear.  This fascination led Crane to become a professor at Gotham City University, where he was a well-known expert on the psychology of fear.  Unfortunately, Crane was seen by his colleagues as extremely eccentric because he dressed in shabby clothes and spent all his money on books.  One of his fellow professors even remarked that Crane resembled a scarecrow after seeing his spindly form in the frayed clothing. 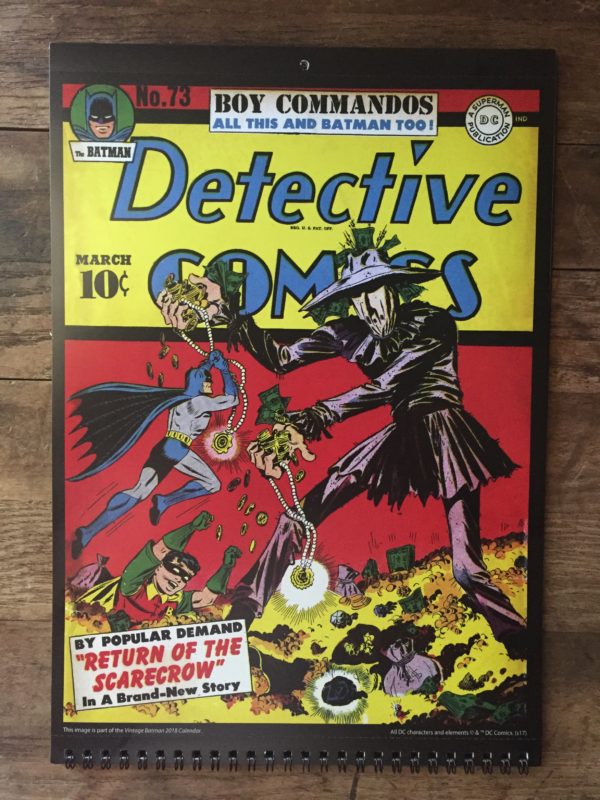 Crane’s eccentricity spilled over into the classroom where his unconventional and reckless methods led to his termination.  His firing from his teaching position and the previous remark about his appearance pushed Crane into a life of crime, where he employed his mastery of fear to commit crimes dressed as a scarecrow.  Although Crane initially succeeded in his criminal pursuits, he was later captured by Batman and Robin and sent to prison.  Later, in Detective Comics #73 shown above, Crane escaped and started his own gang, but was again defeated by our heroes.  Despite being a very brilliant and terrifying villain, the Scarecrow only made two appearances in the Golden Age of Comic Books.  he returned with a vengeance in the Silver Age, and became a regular character in Batman adventures thereafter.