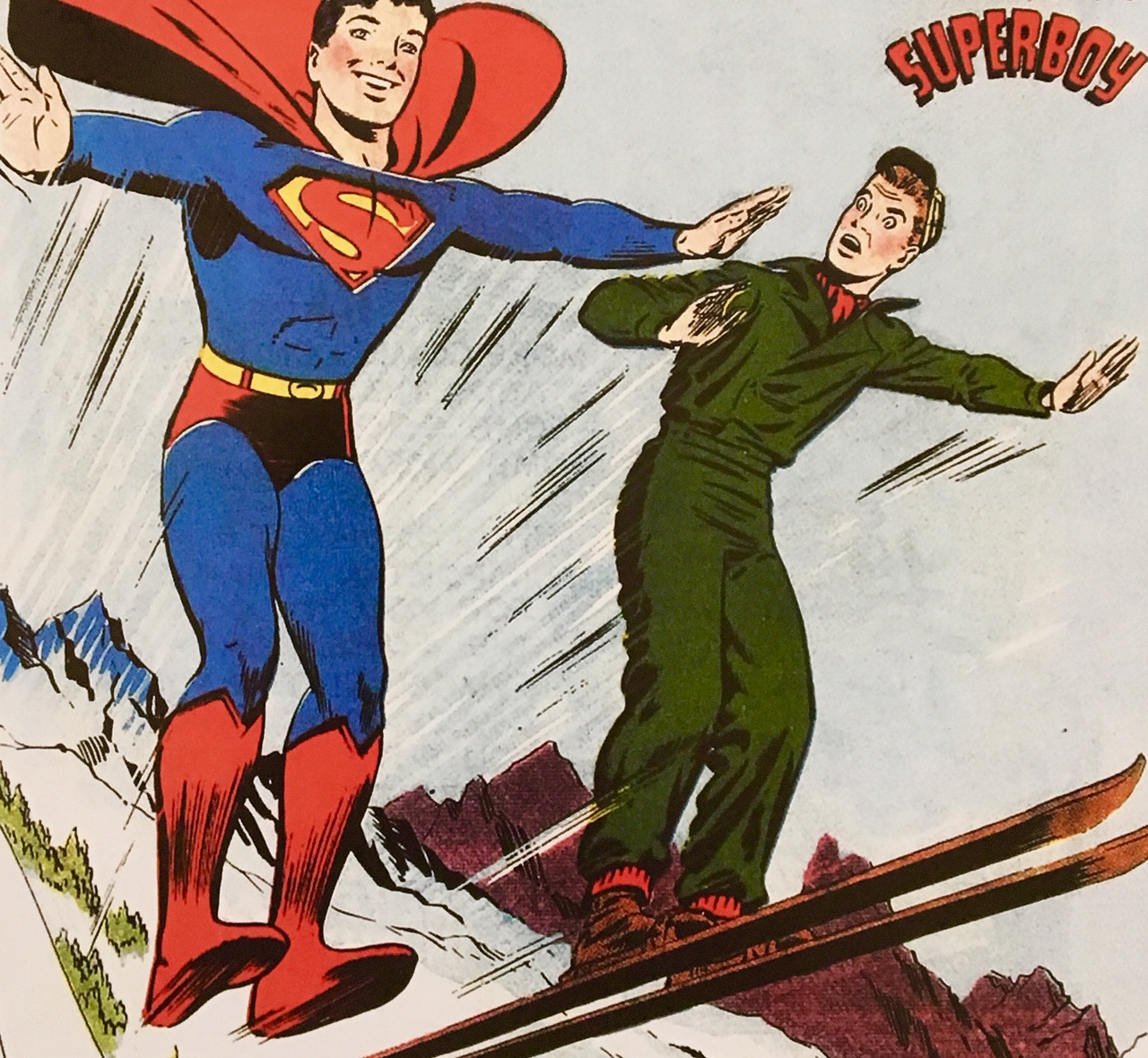 Turnback Tuesday: When Superman was SuperBoy 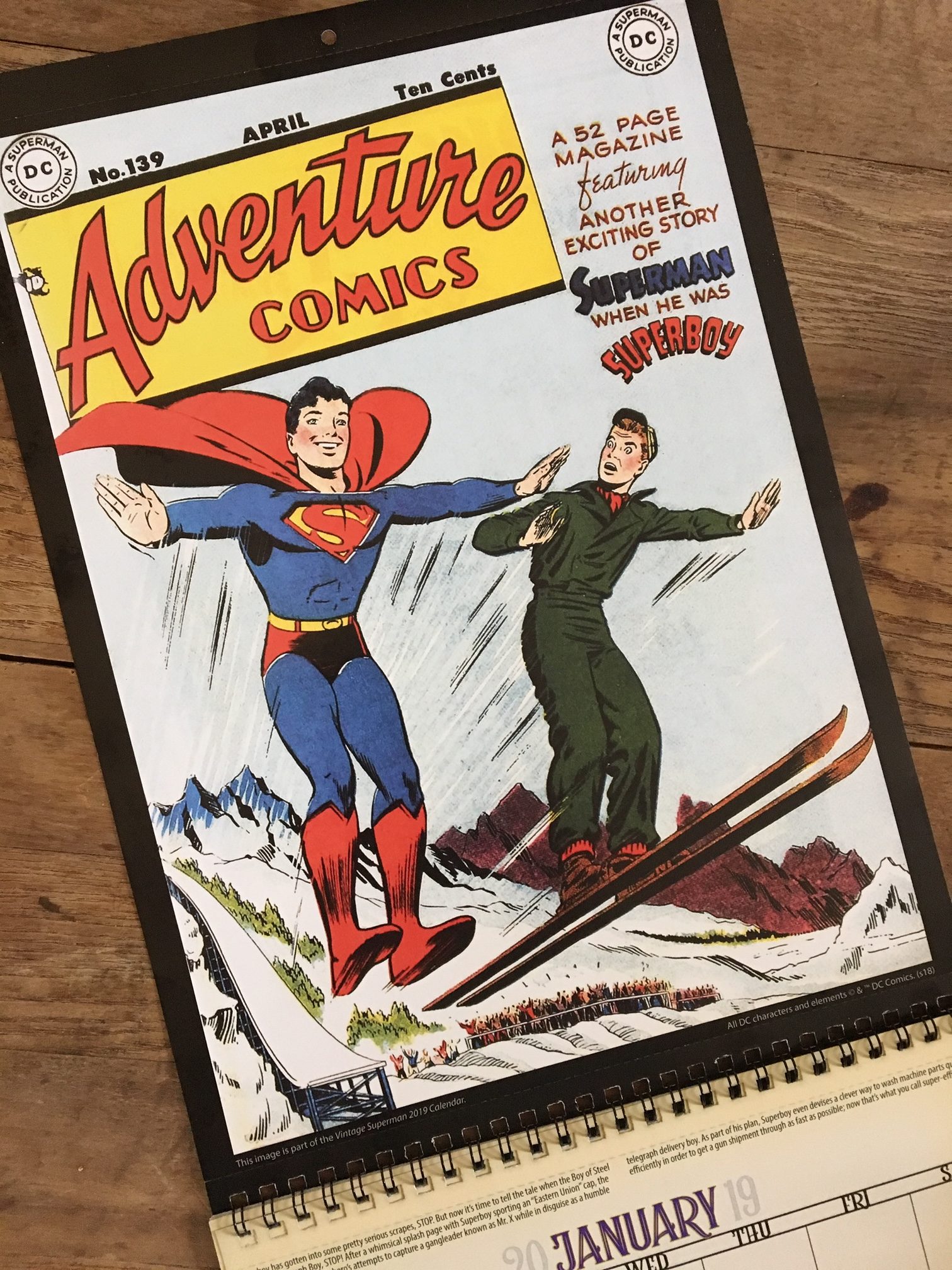 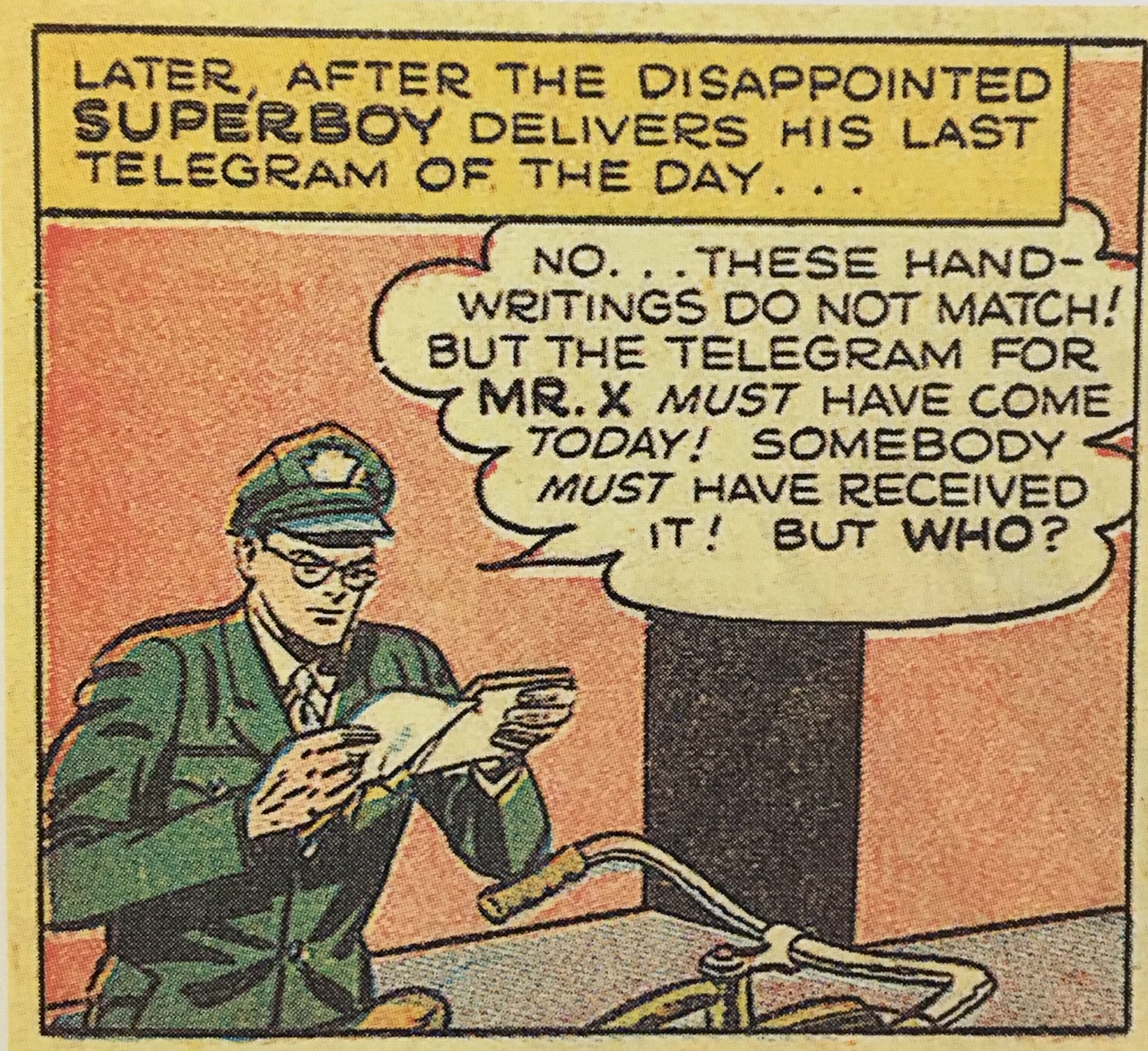 Superboy has gotten into some pretty serious scrapes, STOP.  But now it’s time to tell the tale when the Boy of Steel became a Telegraph Boy, STOP!  After a whimsical splash page with Superboy sporting an “Eastern Union” cap, the story chronicles our young hero’s attempts to capture a gang leader known as Mr. X while in disguise as a humble telegraph delivery boy. 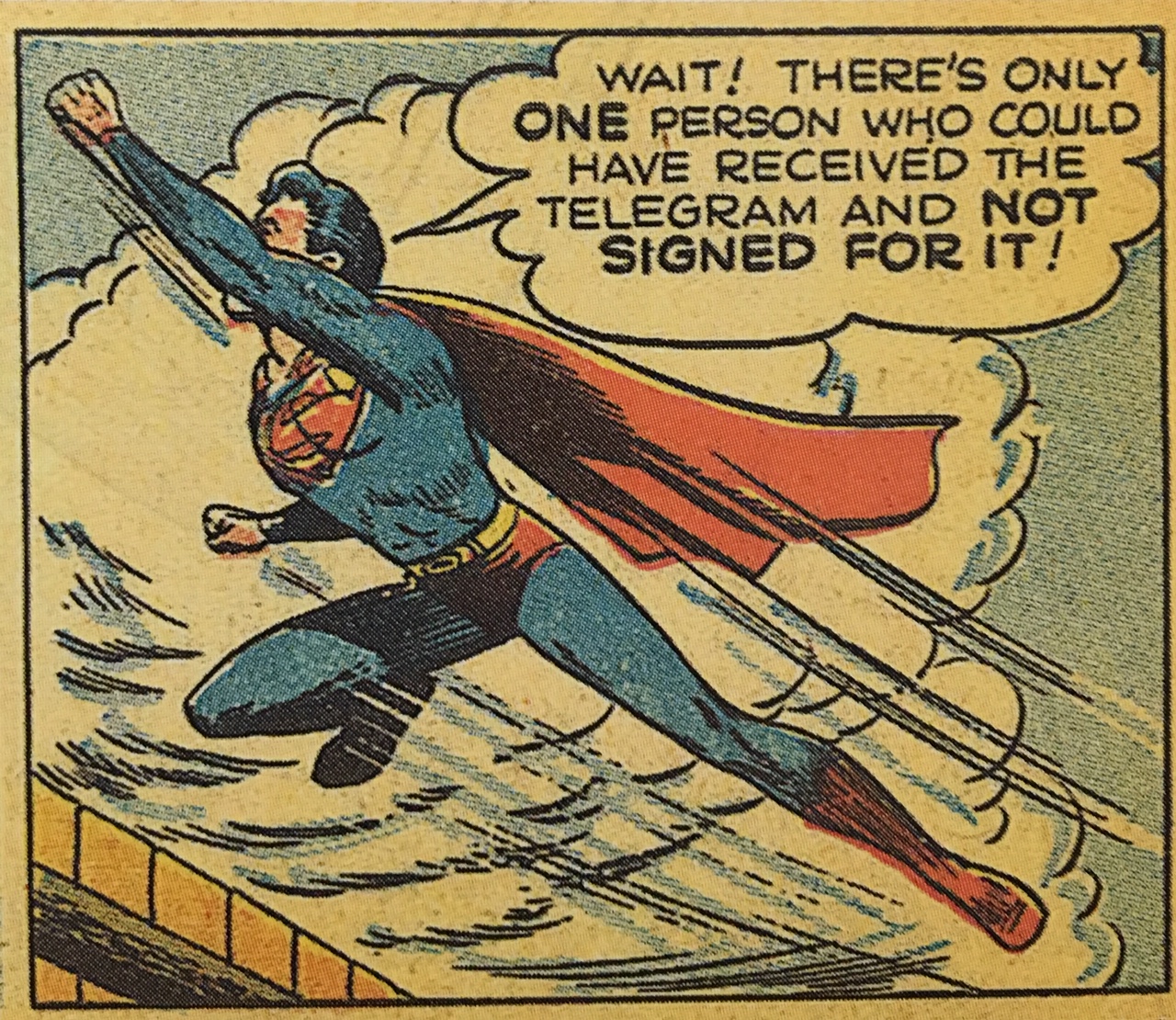 As part of his plan, Superboy even devises a clever way to wash machine parts quickly and efficiently in order to get a gun shipment through as fast as possible; now that’s what you call super-efficiency.

Appreciation for the expert commentary on Superboy provided for our 2019 Vintage DC Comics Calendar (cover below) goes to Dr. Arnold Blumberg.  THANKS DOC!!  Doc is an educator, publisher, author, comic and pop culture historian, and former museum curator.  He was the editor of The Overstreet Comic Book Price guide and teaches courses in everything from comics to zombies to the Marvel Cinematic Universe.  Find him on Twitter @DoctoroftheDead.