“DANGER on the SPEEDWAY!” 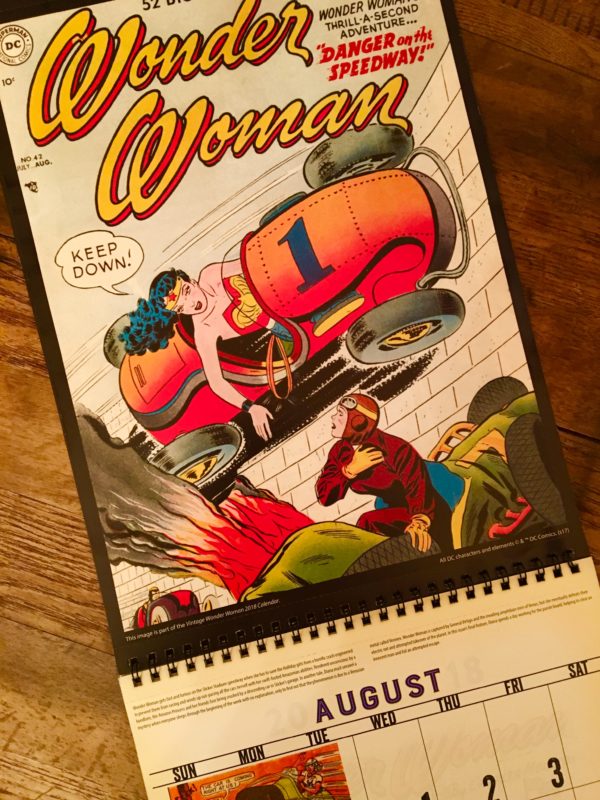 Wonder Woman gets fast and furious on the Slicker Stadium speedway when she has to save the Holiday girls from a horrific crash engineered to prevent them from racing and winds up out-pacing all the cars herself with her swift-footed Amazonian abilities.  Rendered unconscious by a hoodlum, the Amazon Princess and her friends face being crushed by a descending car in Slicker’s garage.  In another tale, Diana must unravel a mystery when everyone sleeps through the beginning of the week with no explanation, only to find out that the phenomenon is due to a Venusian metal called Venivex. 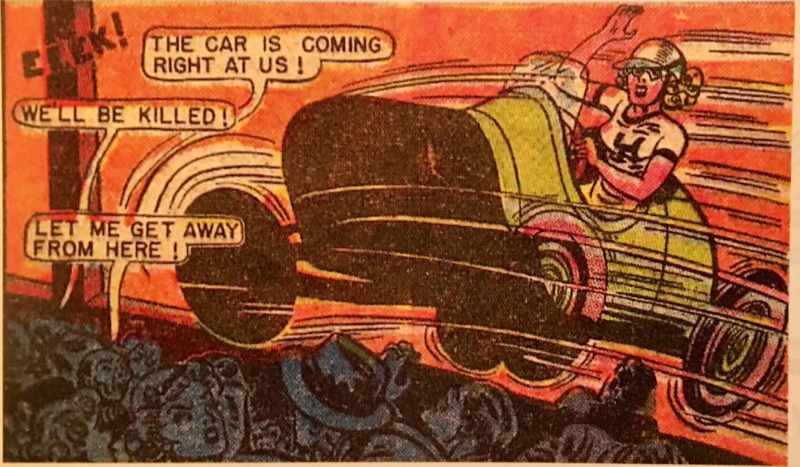 Wonder Woman is captured by General Virtigo and the invading amphibian men of Venus, but she eventually defeats their electric net and attempted takeover of the planet.  In this issue’s final feature, Diana spends a day working for the parole board, helping to clear an innocent man foil an attempted escape. 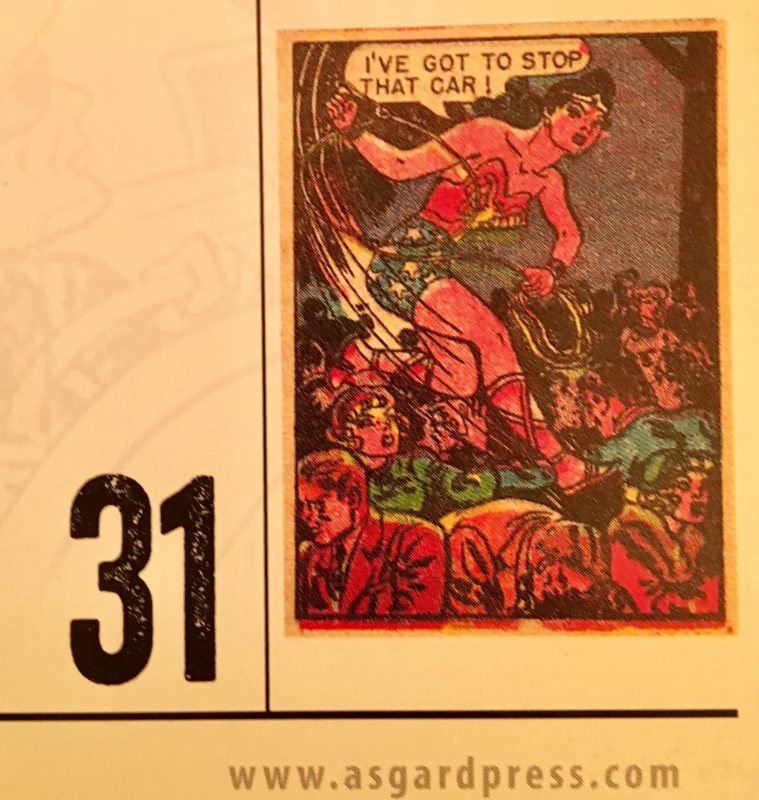 Many thanks for the expert commentary provided for the month of our August, 2018 Vintage Wonder Woman Calendar goes to Dr. Arnold Blumberg.  Doc is an educator, publisher, author, comic and pop culture historian, and former museum curator.  He was the editor of The Overstreet Comic Book Price guide and teaches courses in everything from comics to zombies to the Marvel Cinematic Universe.  Find him on Twitter @DoctoroftheDead.