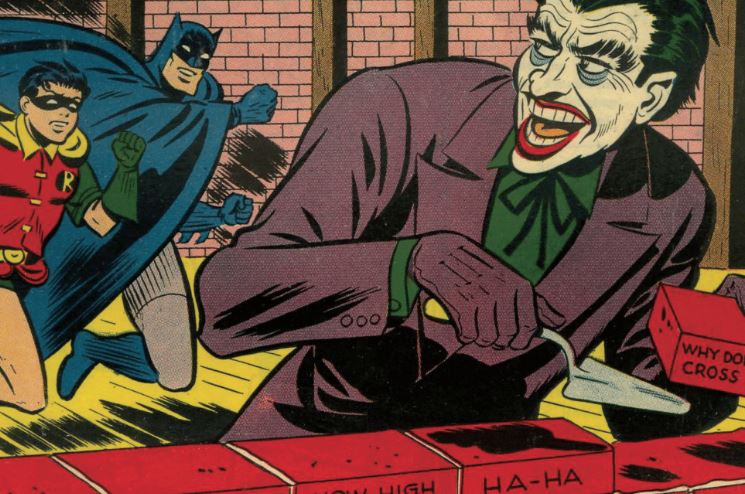 Will the Caped Crusaders run into a Brick Wall?

Batman and Robin tangle with the Joker in “The House that Jokes Built!” 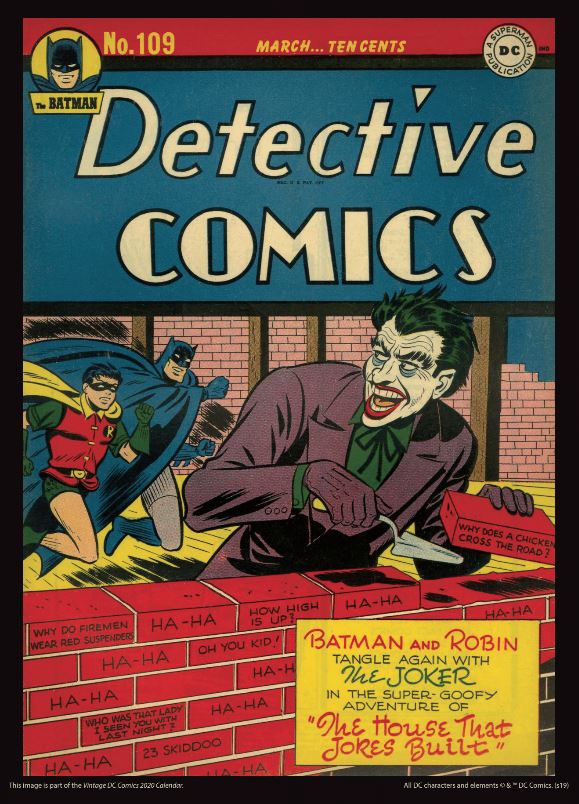 Batman and Robin have tussled with the Joker more times than we can count,  with the pasty-faced madman portrayed as everything from lightweight prankster to maniacal killer.  At this point, he’s more mischievous than murderous, and he’s broken out of prison to rob from the rich and give to himself!  An attempt to stop the Clown Prince of Crime from continuing his latest spree goes awry, with the Boy Wonder becoming the Joker’s prisoner. 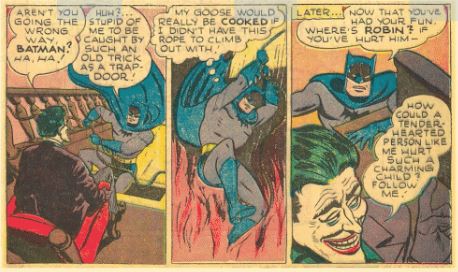 Merrily leading Batman into a series of lethal traps as the Caped Crusader follows clues to rescue Robin from the crazed criminal’s clutches,  the Joker miscalculates when he reunites the Dynamic Duo in a bid to finally eradicate the heroes.  OK, so maybe he’s a bit murderous here after all,  but rest assured Batman and Robin live to laugh another day.  Additional adventures with Slam Bradley,  Air Wave,  and the Boy Commandos round out the issue. 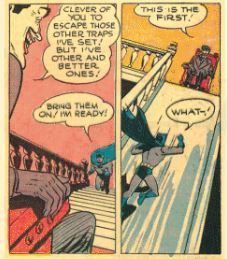