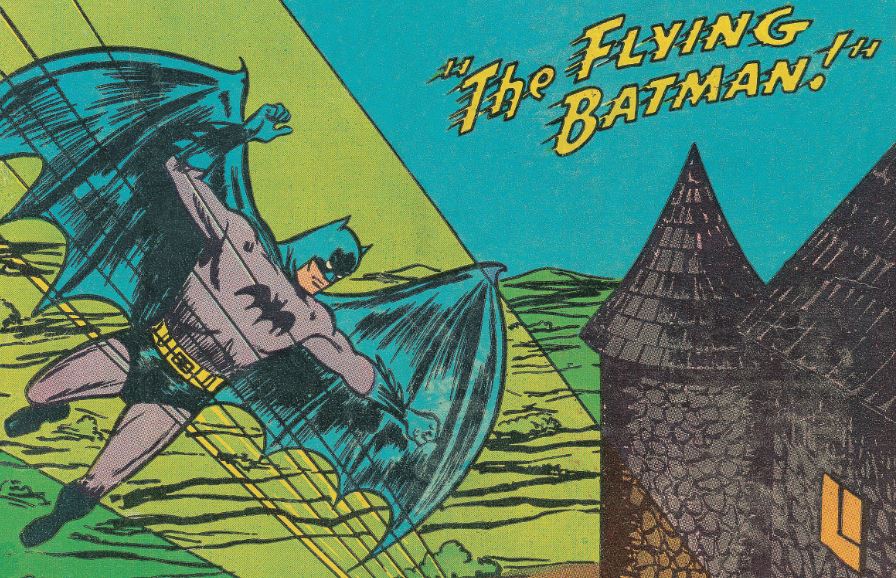 The Dynamic Duo’s Most Amazing Adventure!! 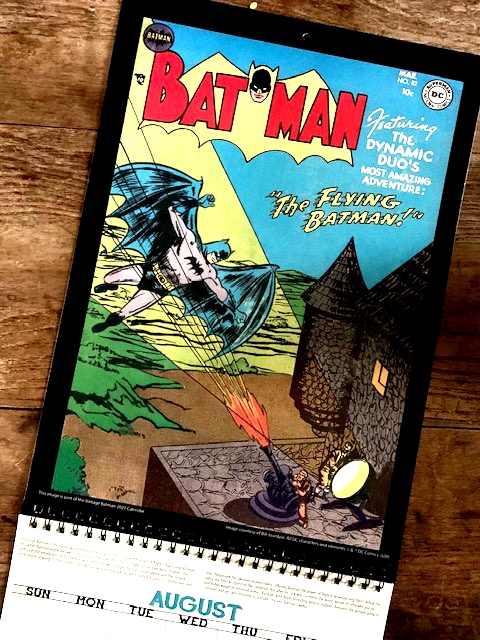 Although Batman is the namesake of a flying mammal, he did not have the power of flight.  That is until Batman #82 when Batman and Robin were mysteriously transported to the Lost Valley of the Bird-Men!  It seems that although the inhabitants of this hidden land had the power of flight through “serum alpha” and the surgical attachment of wings to their bodies, they did not believe they had the skill to defeat a gang of criminal bird-men that threatened the takeover of their valley.

Offering Batman the power of flight if he would help them defeat the gang, our hero accepted on the condition that after his task was complete the wings would be removed and he and Robin would be returned home.  Batman, with Robin providing ground support, defeated the winged gang of criminals and are later returned to Gotham City sans Batman’s wings. 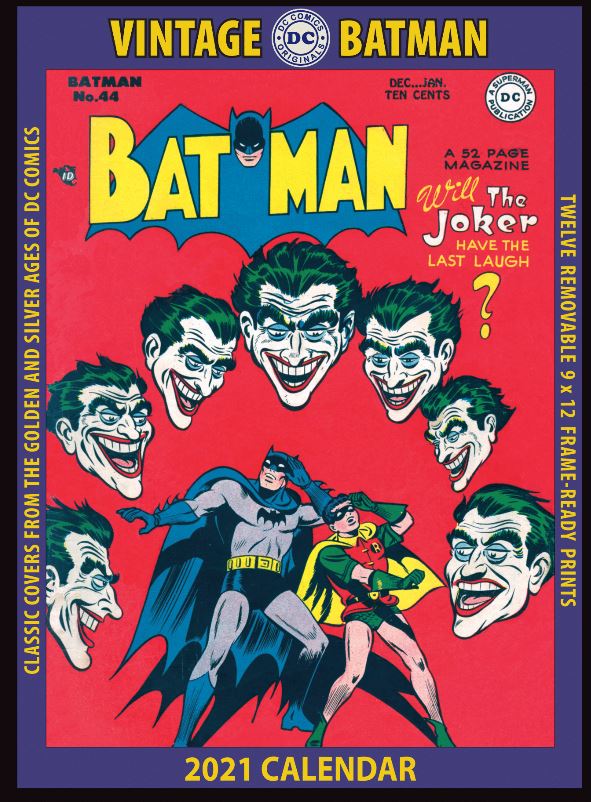 Big Batman THANKS and Kudos to Bill Jourdain for his expert commentary featured in our 2021 Vintage Batman Calendar (Above and soon to be released) and to the talented artists and writers of DC Comics who captivated and inspired millions of readers during this magical Golden Age.  Bill Jourdain has been an avid reader and collector of comic books for over 40 years. He has an extensive collection of comics spanning the 1930s to the 1970s. Bill previously produced a podcast devoted to the Golden Age of Comic Books, has penned articles about the Golden Age for Alter-Egomagazine and Comics Now!magazine, and has maintained websites devoted to the Golden Age of Comic Books and the Golden Age of Batman. Bill resides in north Georgia with his wife and children, and somehow finds time away from comic books to practice law.