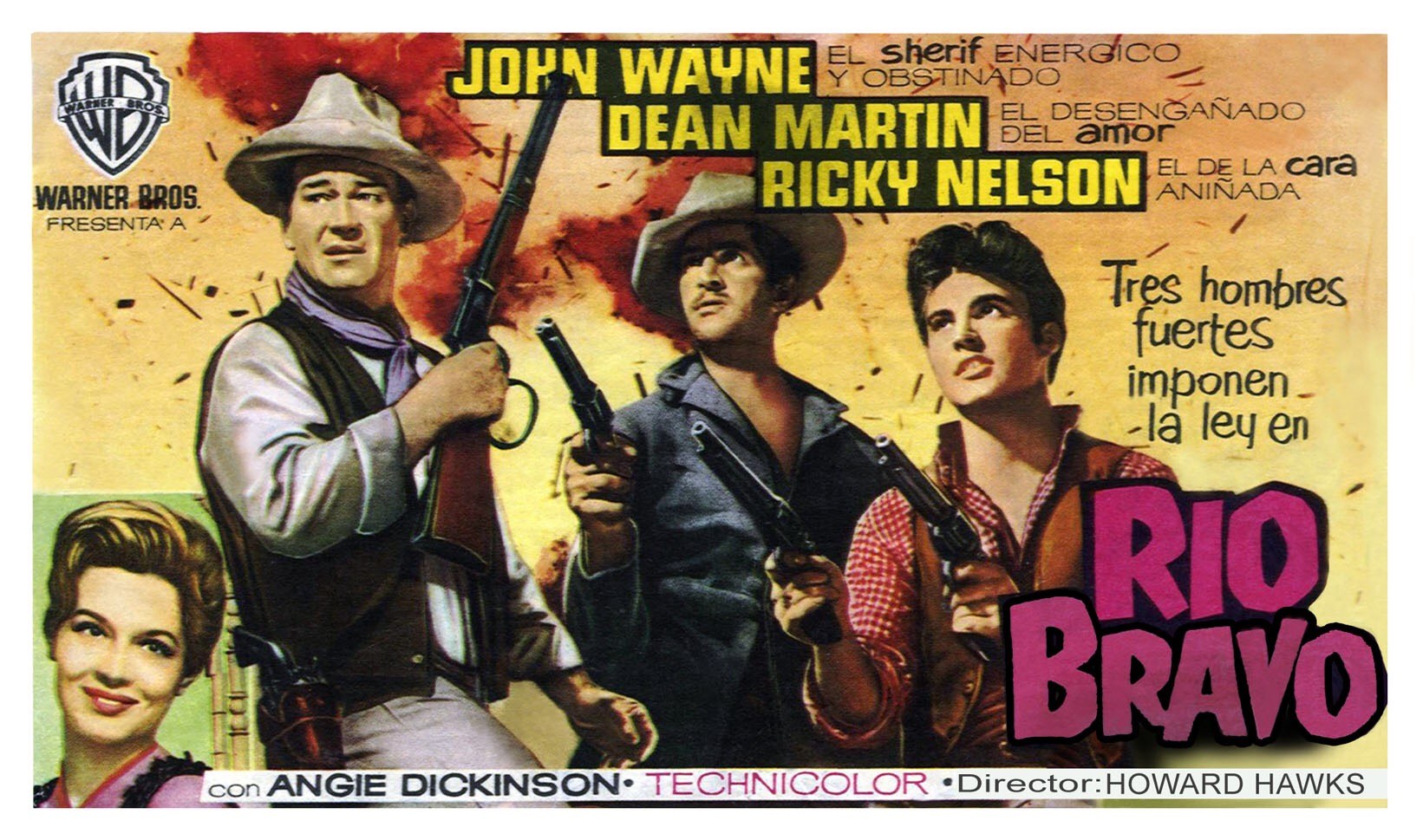 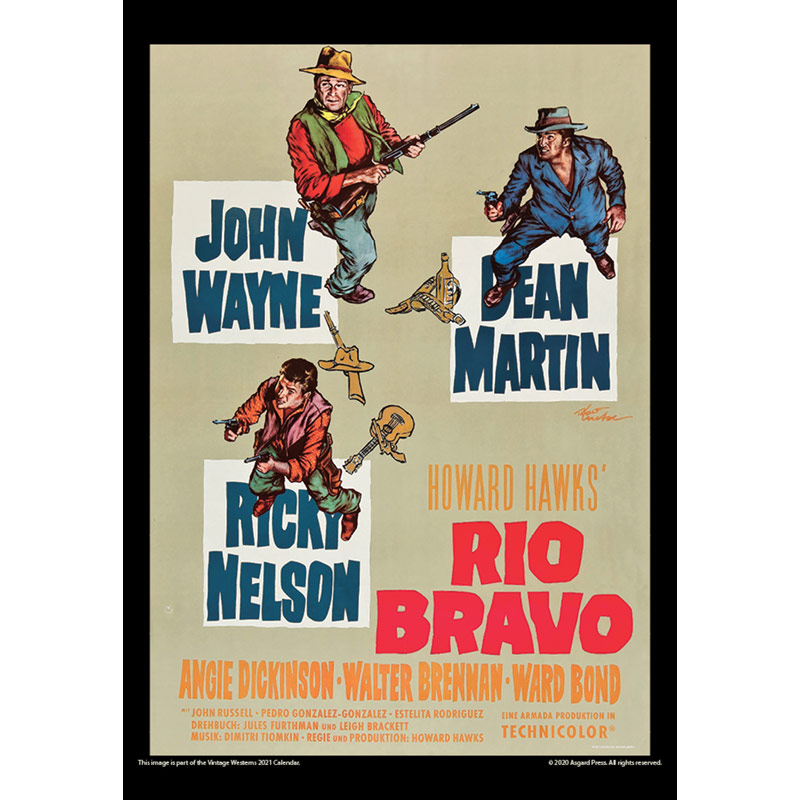 This film’s legacy as a culturally significant and historic western,  adapted from a short story of the same name by B.H. McCampbell, has served as inspiration for several remakes or semi-remakes, including two also directed by Hawks and again starring Wayne: El Dorado (1966) and Rio Lobo (1970).  Years later,  John Carpenter paid homage to Rio Bravo with his 1976 film, Assault on Precinct 13, which was itself remade by Carpenter himself as Ghosts of Mars (2001), and then again by director Jean-Francois Richet in 2005. 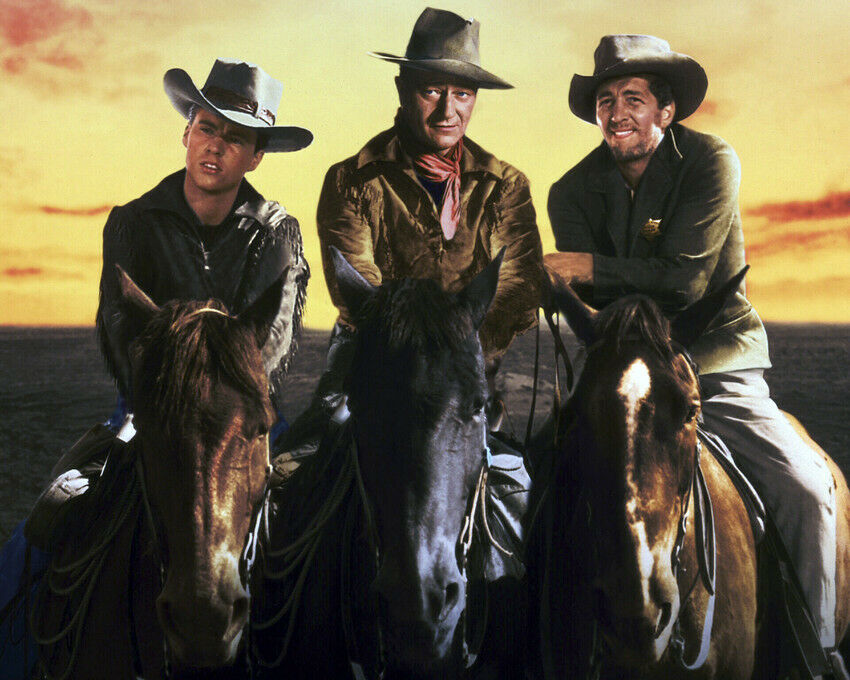 Rio Bravo was adapted into a Dell comic book in June 1959, and author Kevin Cullen wrote a prequel novel, published in 2016 under the title Borrachón.  One last bit of trivia: Rio Bravo also features the final appearance of the hat that Wayne had worn in every film since his star-making turn in 1939’s Stagecoach.  “Is he as good as I used to be?”  “It’d be pretty close. I’d hate to have to live on the difference.”

Movie commentary of our 2021 Calendar Cover image provided for our recently released 2021 Vintage Westerns Calendar seen above provided by Dr. Arnold T. Blumberg.  Dr. Blumberg is an educator, publisher, author, comic book and pop culture historian, and former museum curator.  He is the author or co-author of Journey of the Living Dead, Zombiemania, and Howe’s Transcendental Toybox.  He was the editor of The Overstreet Comic Book Price Guide, and also writes for IGN.com and Fandom.  He holds a doctorate in Communications Design from the University of Baltimore and teaches courses in everything from comics and superhero mythology to zombies to the Marvel Cinematic Universe.  You can find him on Twitter at @DoctoroftheDead