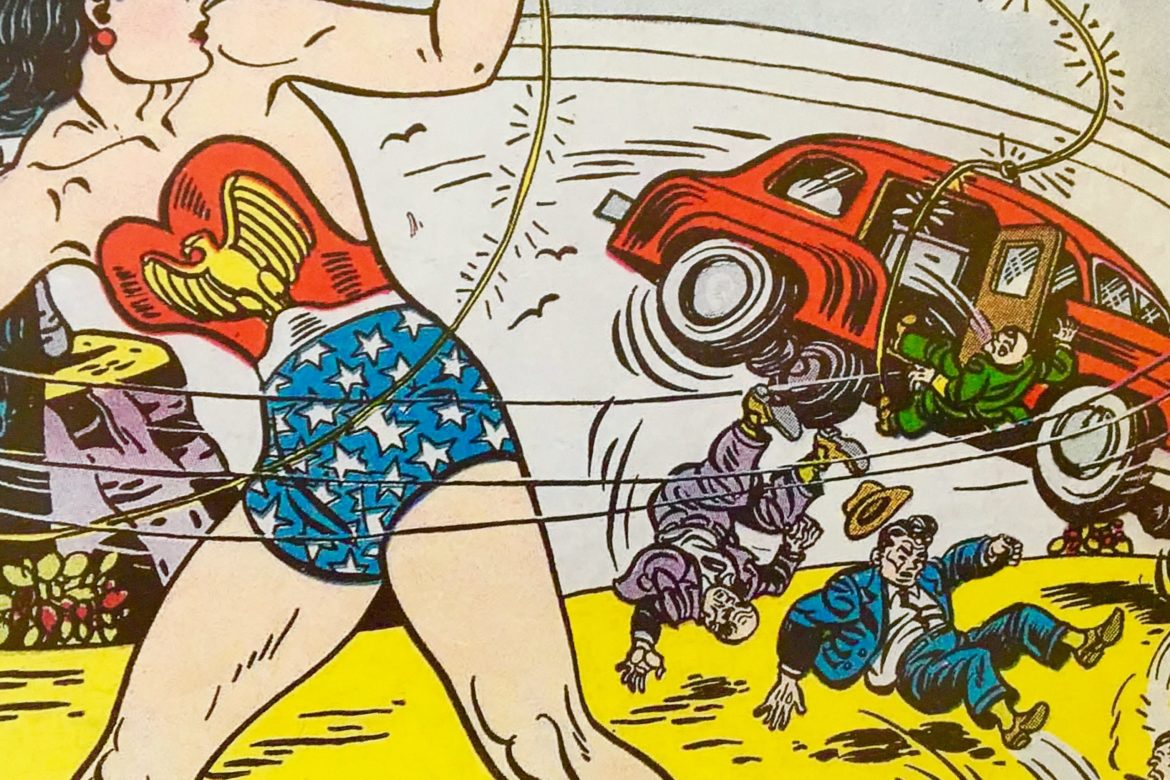 Another Wonder Woman Wednesday! Wonder Woman has her own lasso used against her by Big Ike McGlone, a gangster the Amazon tried to rehabilitate at a clinic.  When McGlone was arrested instead, it turned him to thoughts of vengeance and led him to parter with two other enemies of Wonder Woman, jealous Mayor Prude and [...]
Posted by Andy Hyman