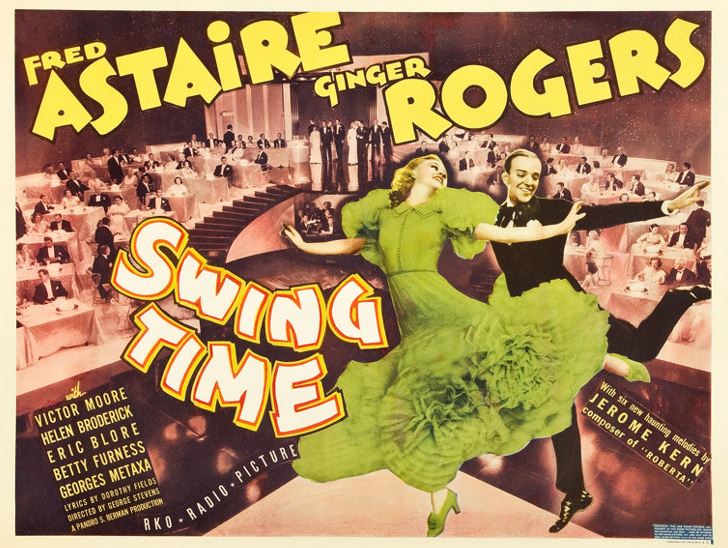 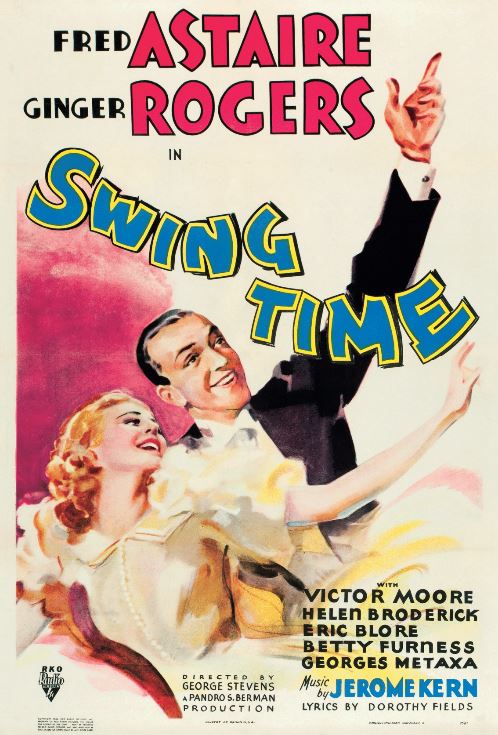 Often considered the best of the Astaire-Rogers musicals – and Rogers’ personal favorite – Swing Time featured the team at the apex of their careers.  The movie is usually criticized for a less-than-stellar plot about financial and romantic entanglements complicating Lucky’s (Astaire) quest to marry Margaret (Betty Furness),  but it’s all about the music and dancing in the end,  and the film is exceptional in that regard,  showcasing what critics cite as the pinnacle of cinematic dance.

According to legend,  Rogers’ feet were bleeding after Astaire insisted on 47 takes of the “Never Gonna Dance” number (ironically).  Astaire also sings the Oscar-winning  “The Way You Look Tonight” to Rogers in this film, and the “Bojangles of Harlem” sequence,  in which Astaire seems to dance with his own shadows,  took three days to accomplish.  “Listen, no one could teach you to dance in a million years!  Take my advice and save your money!” 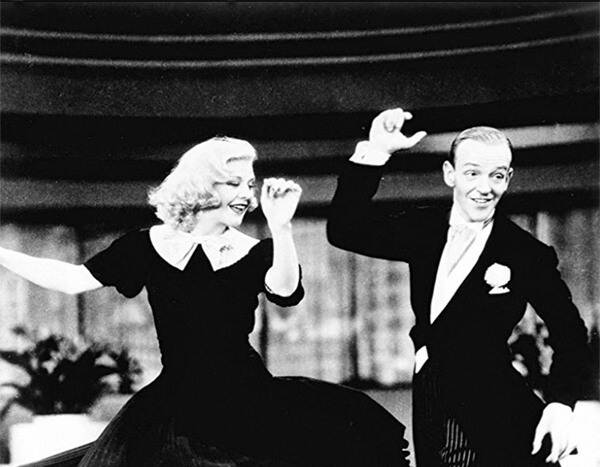 If you enjoy the Vintage Movie posters featuring Swing Time above, then you’ll love the rest of what’s available in our 2020 Vintage Movie Posters Calendar – a fantastic NEW addition to our growing list of Pop Culture titles.  A dozen masterpieces that will give you a nostalgic glimpse of the Golden Age of Cinema.  ACTION!!