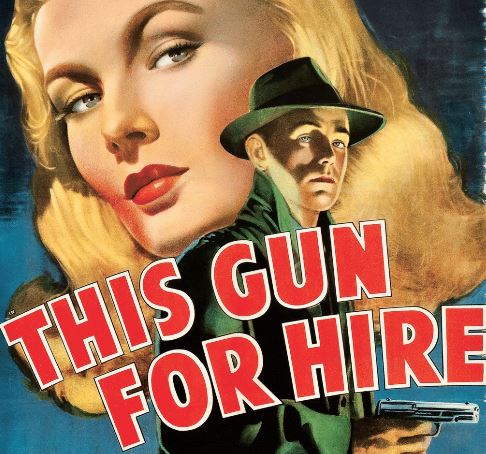 Stay Inside! Watch a Classic…

This Gun For Hire. 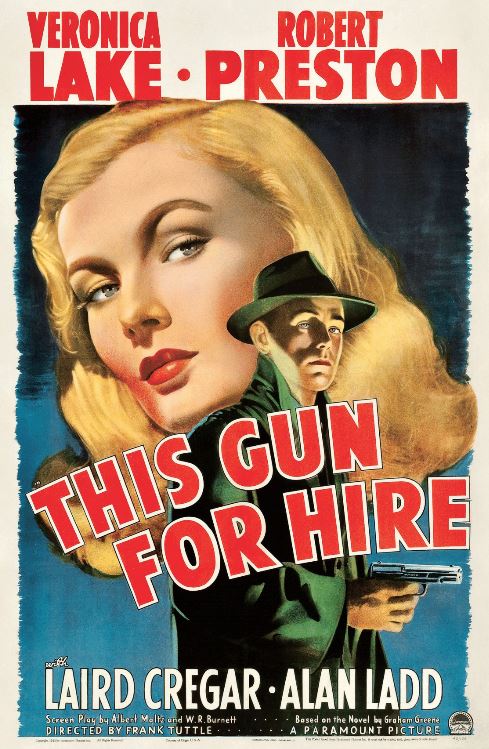 Based on a 1936 Graham Greene novel, This Gun For Hire helped to define the “film noir” genre and turned Alan Ladd into a bankable star as a hit man,  Philip Raven,  with a somewhat complex moral code.  Operating in San Francisco during World War II and finding himself tricked into accepting marked money for a job,  Raven goes on a crusade of revenge that thrusts him into a strange and shifting relationship with the alluring Ellen Graham (Veronica Lake).

Ladd had,  by that time,  made small appearances in multiple films, but his “introducing” credit for this film established him in the public eye.  Ladd later said this movie made his career and remained his favorite role throughout his life;  he and Lake would also go on work together three more times.  “You’re trying to make me go soft. Well, you can save it. I don’t go soft for anybody.”

If you enjoy the Vintage Movie posters featuring This Gun For Hire above, then you’ll love the rest of what’s available in our 2020 Vintage Movie Posters Calendar – a fantastic NEW addition to our growing list of Pop Culture titles.  A dozen masterpieces that will give you a nostalgic glimpse of the Golden Age of Cinema.  ACTION!!