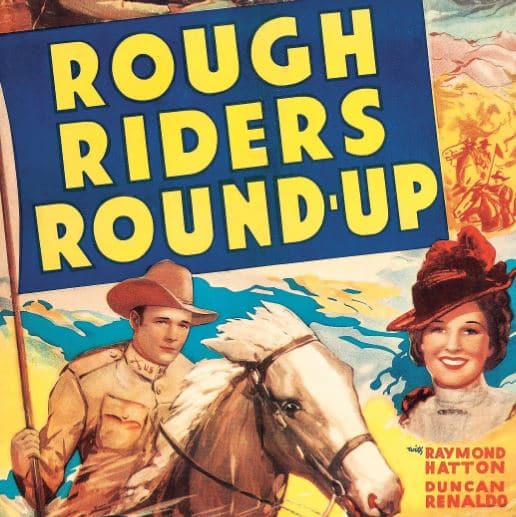 Roy Rogers in “Rough Riders Round Up!”

The “King of the Cowboys,” on the Big Screen.. 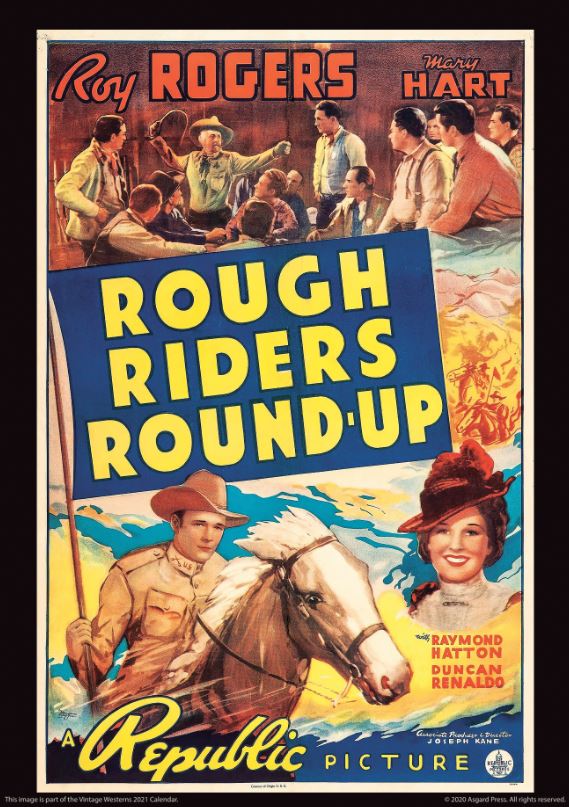 It’s the end of the Spanish-American War,  and the “King of the Cowboys”  joins up with his fellow Rough Riders to become US Border Patrolmen along the US/Mexican border.  When outlaws try to steal gold off stagecoaches or from express offices,  Roy Rogers is there to safeguard life and property.   Things are complicated when one of their own is killed by Arizona Jack,  sending Roy and partner Rusty on a crusade to find the killer that leads to the discovery of a gold smuggling operation. 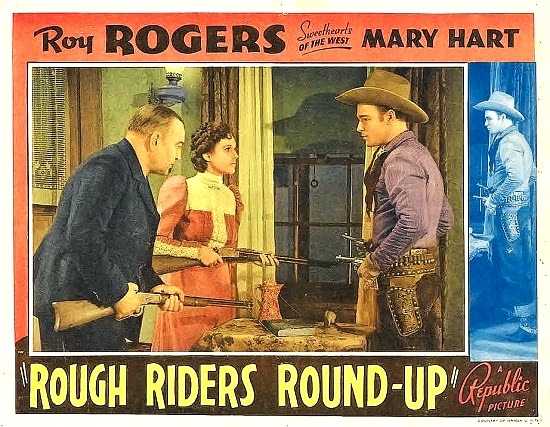 The movie features two songs by Roy,  “Ridin’ Down the Trail”  and  “Hereon the Range With You;”  the perennial favorite,  “When Johnny Comes Marching Home,”  is sung by soldiers at the beginning of the film.  This movie is considered a remake of two other films, The Marines Are Coming (1934) and Guns in the Dark (1937).  “He feels sure his men will catch Arizona Jack this time.”  “Oh, he couldn’t catch flies!”