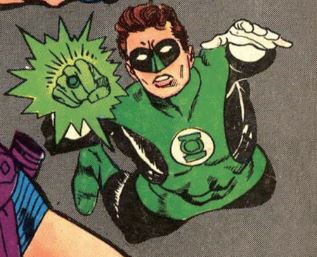 Happy St. Patrick’s Day! This calls for a GREEN Lantern Story of Course… 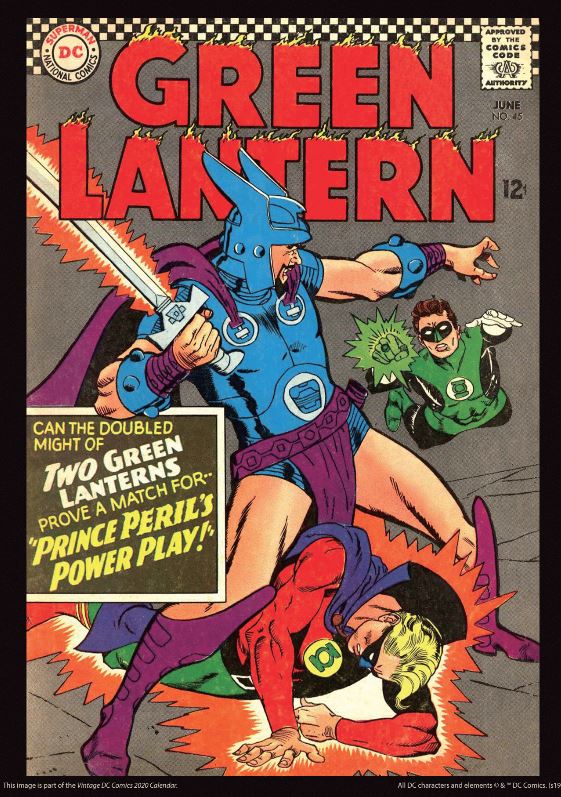 The Green Lanterns of two Earths are thrown together when Princess Ramia from the planet Myrg journeys from her homeworld to our planet with one thing on her mind:  find a husband!  On Earth-Two,  Doiby Dickles points Ramia in Alan Scott’s direction,  but when Prince Peril of Myrg arrives to claim Ramia for his own,  Dickles suggests they seek out another Green Lantern for aid. 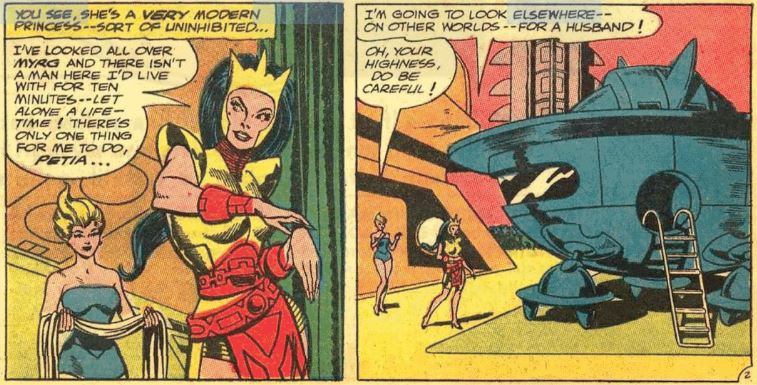 It’s off to Earth-One via Ramia’s “dimensionizer,”  where Hal Jordan makes a valiant attempt to protect Ramia,  only to lose in battle with Peril just as Scott had done before.   Jordan heads to Earth-Two,  teams up with his fellow Lantern,  and the two heroes follow Peril back to Myrg,  where the villain has installed himself as a global dictator with Dickles as his court jester.  Peril and his army are handily defeated by the power of two rings combined,  and Ramia chooses to marry… Doiby Dickles.