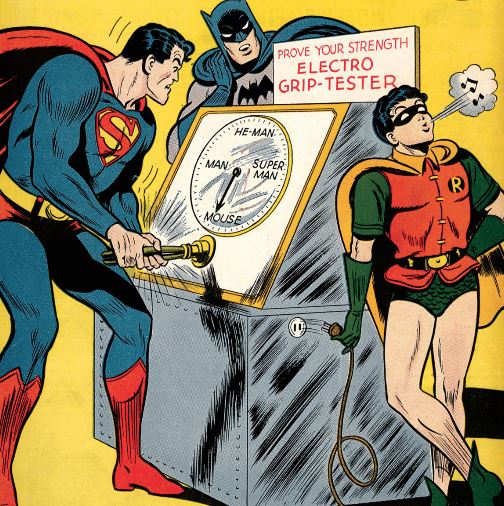 Get A Grip Superman!

Prove your Strength with the Electro Grip Tester… 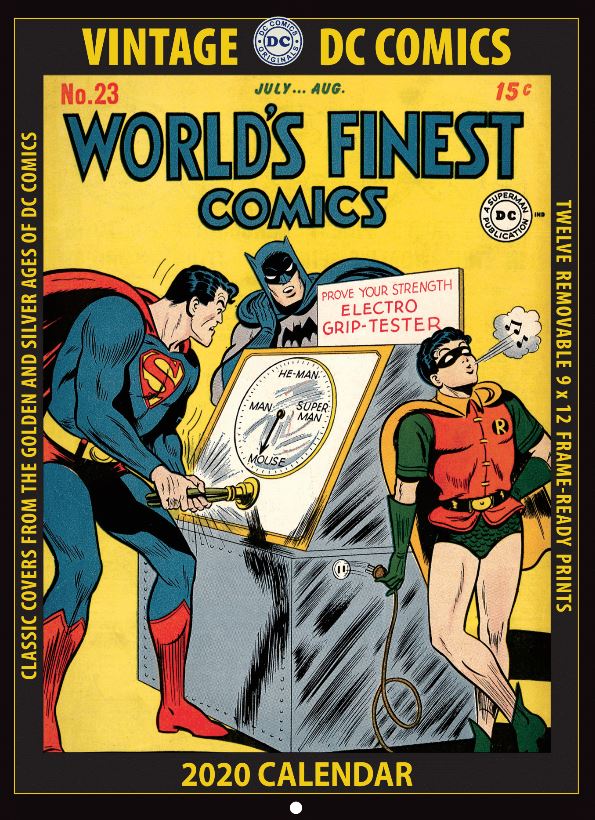 In the first story of this anthology issue,  a collective of former stars of the silent motion picture era have hatched a plot to reclaim their glory years and put themselves back into the spotlight.  Using every bit of the money they’ve made in their careers,  they attempt to re-create two of the Seven Wonders of the Ancient World in their bid for renewed fame.  When rain washes away all their hopes,  however,  it’s up to the Man of Tomorrow to rebuild their dreams and ensure that their efforts haven’t been in vain. 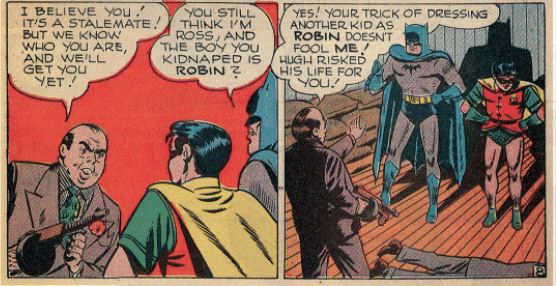 In the final feature,  Batman and Robin must intervene when a young athlete named Hugh Ross is mistakenly identified by criminal Goldplate Gorney as the Boy Wonder, and the boy’s father is fingered as the likely alter ego of Batman himself!  Additional adventures with Green Arrow,  Zatara,  the Boy Commandos,  and Johnny Everyman round out the issue! 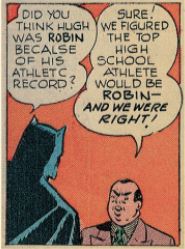 Kudos to Dr. Arnold T. Blumberg for his expert commentary above and to the talented artists and writers of DC Comics who captivated and inspired millions of readers during this magical Golden Age.  To purchase the 2020 Vintage DC Comics Calendar,  click HERE.