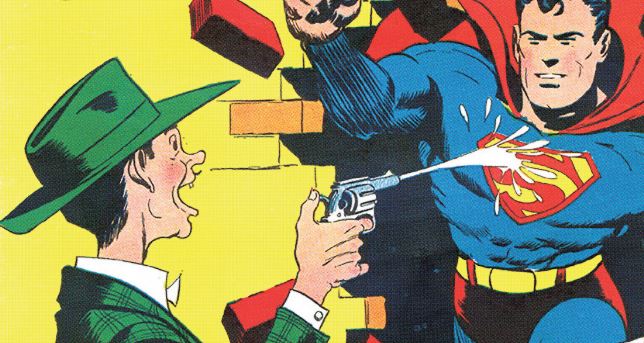 The Strange Story of “The Prankster!”

Can Superman be Fooled? 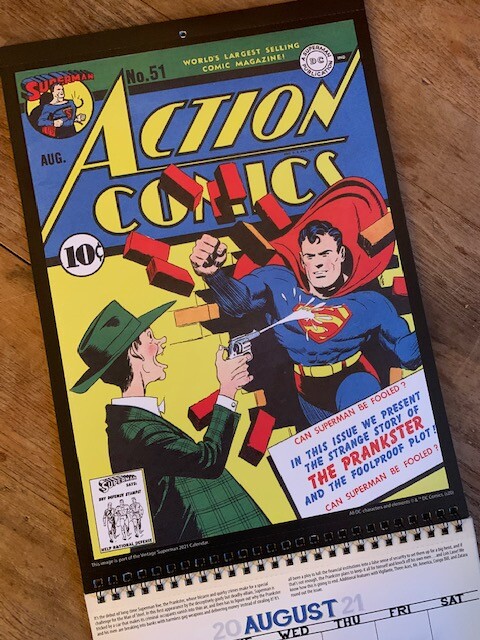 It’s the debut of long-time Superman foe, the Prankster, whose bizarre and quirky crimes make for a special challenge for the Man of Steel. In this first appearance by the deceptively goofy but deadly villain, Superman is tricked by a car that makes its criminal occupants vanish into thin air, and then has to figure out why the Prankster and his men are breaking into banks with harmless gag weapons and delivering money instead of stealing it!

It’s all been a ploy to lull the financial institutions into a false sense of security to set them up for a big heist, and if that’s not enough, the Prankster plans to keep it all for himself and knock o his own men…and Lois Lane!  We know how this is going to end.  Additional features with Vigilante, Three Aces, Mr. America, Congo Bill, and Zatara round out the issue. 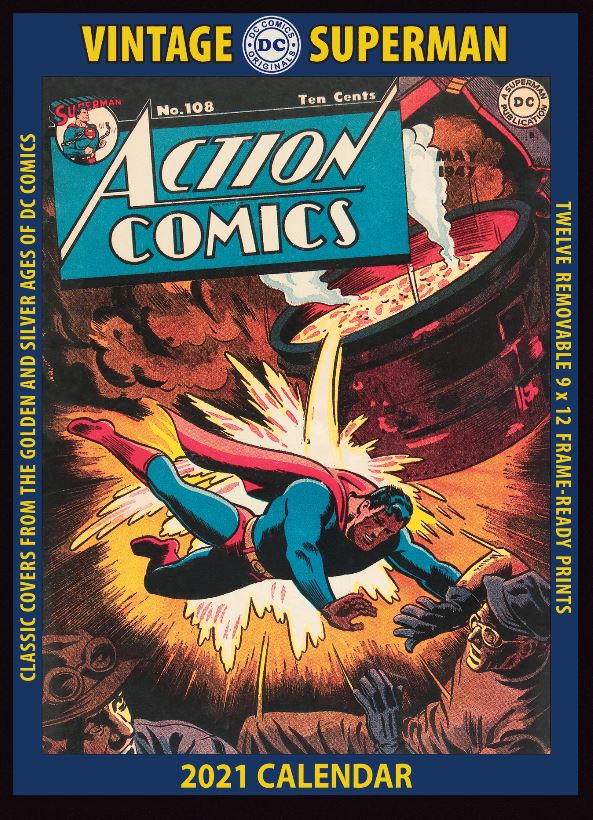 Appreciation for the expert commentary on Superman provided for our 2021 Vintage Superman Calendar (cover above) goes to Dr. Arnold Blumberg.  THANKS DOC!!  Doc is an educator, publisher, author, comic and pop culture historian, and former museum curator.  He was the editor of The Overstreet Comic Book Price guide and teaches courses in everything from comics to zombies to the Marvel Cinematic Universe.  Find him on Twitter @DoctoroftheDead. 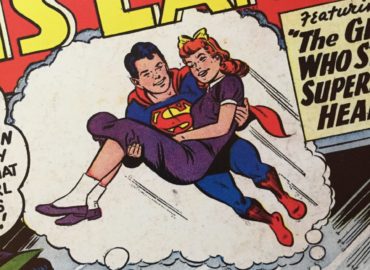