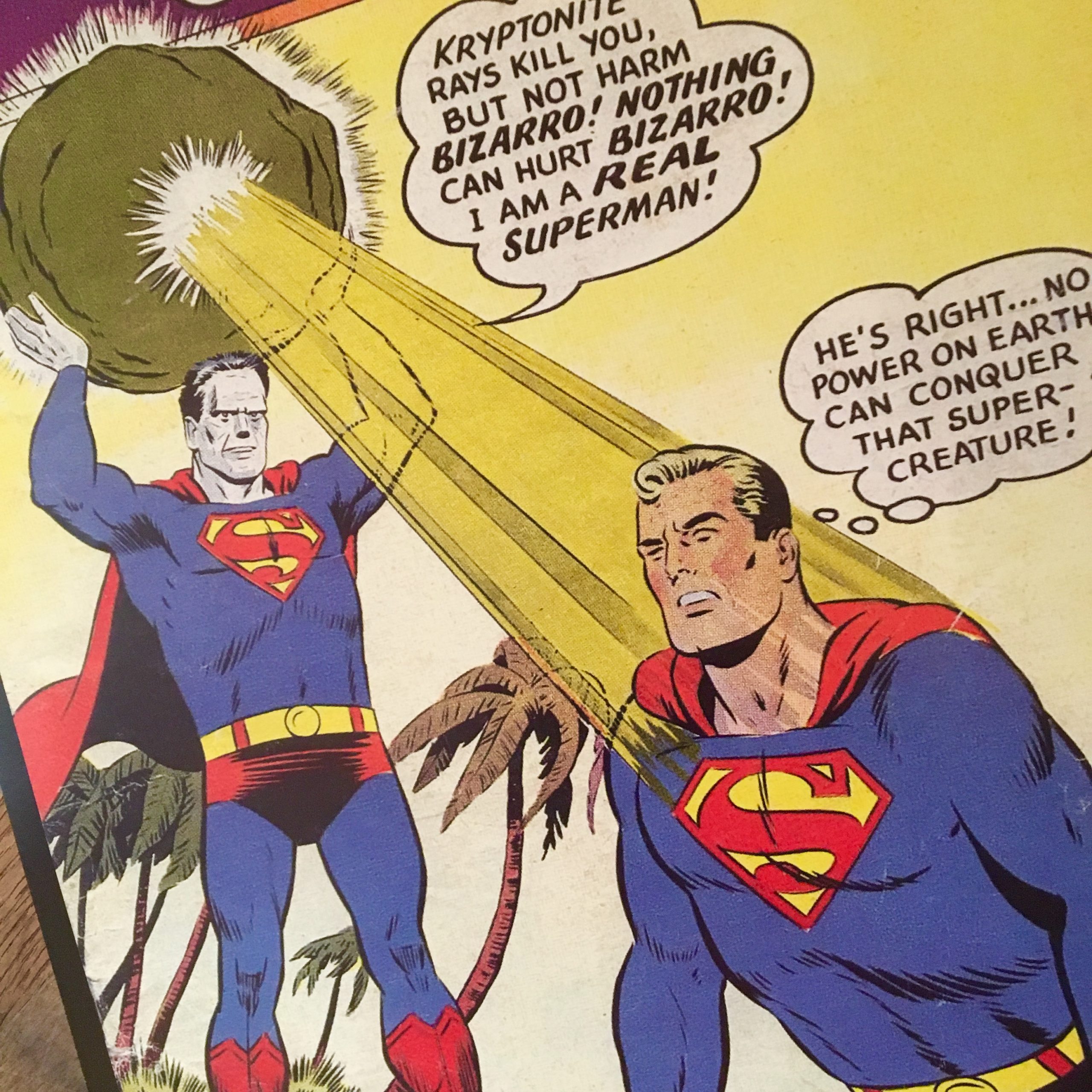 Kryptonite Rays Kill You, But Not Harm BIZARRO!!!

Superman and The Battle With BIZARRO!! 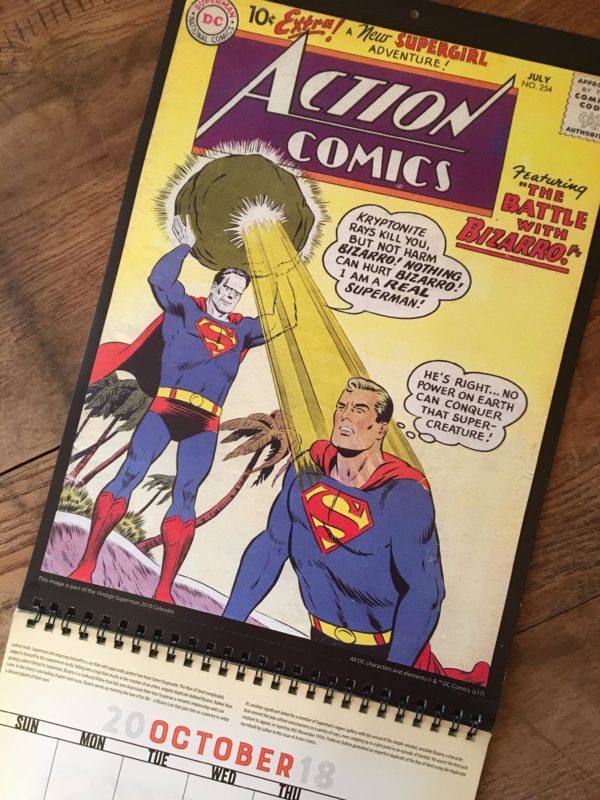 Luthor tricks Superman into exposing himself to a ray that will supposedly protect him from Green Kryptonite.  The Man of Steel inexplicably subjects himself to this experiment easily, falling into a trap that results in the creation of an ashen, angular duplicate dubbed Bizarro.  Rather than posing a direct threat to Superman, Bizarro is a confused fellow that falls into depression then tries to pursue a romantic relationship with Lois Lane.  In the story’s concluding chapter next issue, Bizarro winds up meeting the love of his life – a Bizarro Lois that joins him on a journey to settle a distant planet of their own.

It’s another significant debut for a member of Superman’s rogues’ gallery with the arrival of the simple-minded, unstable Bizarro, a character that entered the pop culture consciousness in a variety of ways, even cropping up as a plot point in an episode of Seinfeld.  He wasn’t the first such creature to appear; in Superboy #68 (November 1958), Professor Dalton generated an imperfect duplicate of the Boy of Steel using the duplicator ray rebuilt by Luthor in this issue of Action Comics. 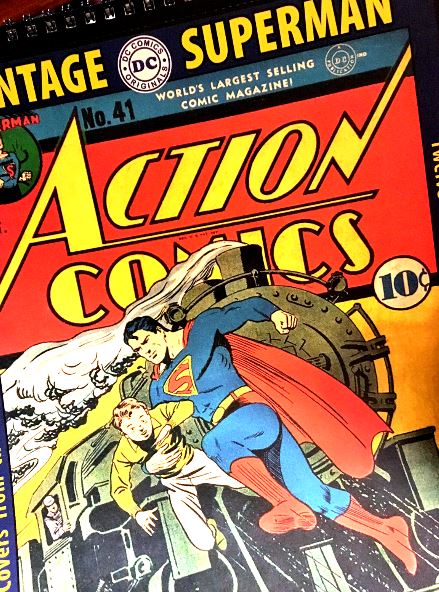 Many thanks to Dr. Arnold T. Blumberg for his expert commentary above for the Action Comics Volume 1, No. 254, July 1959 Cover.  To purchase the 2018 Vintage Superman Calendar from which this month of October appears at 50% OFF, click HERE.