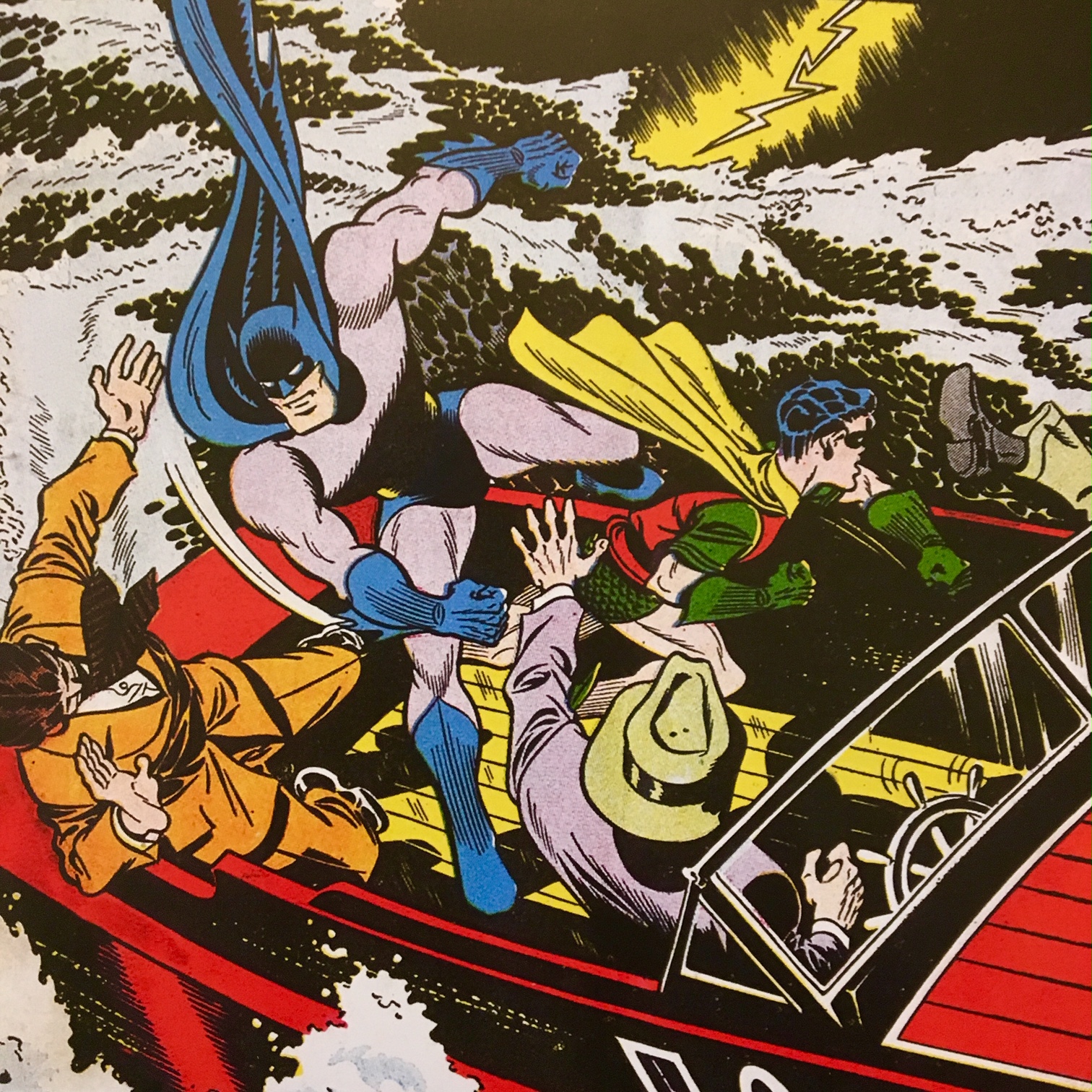 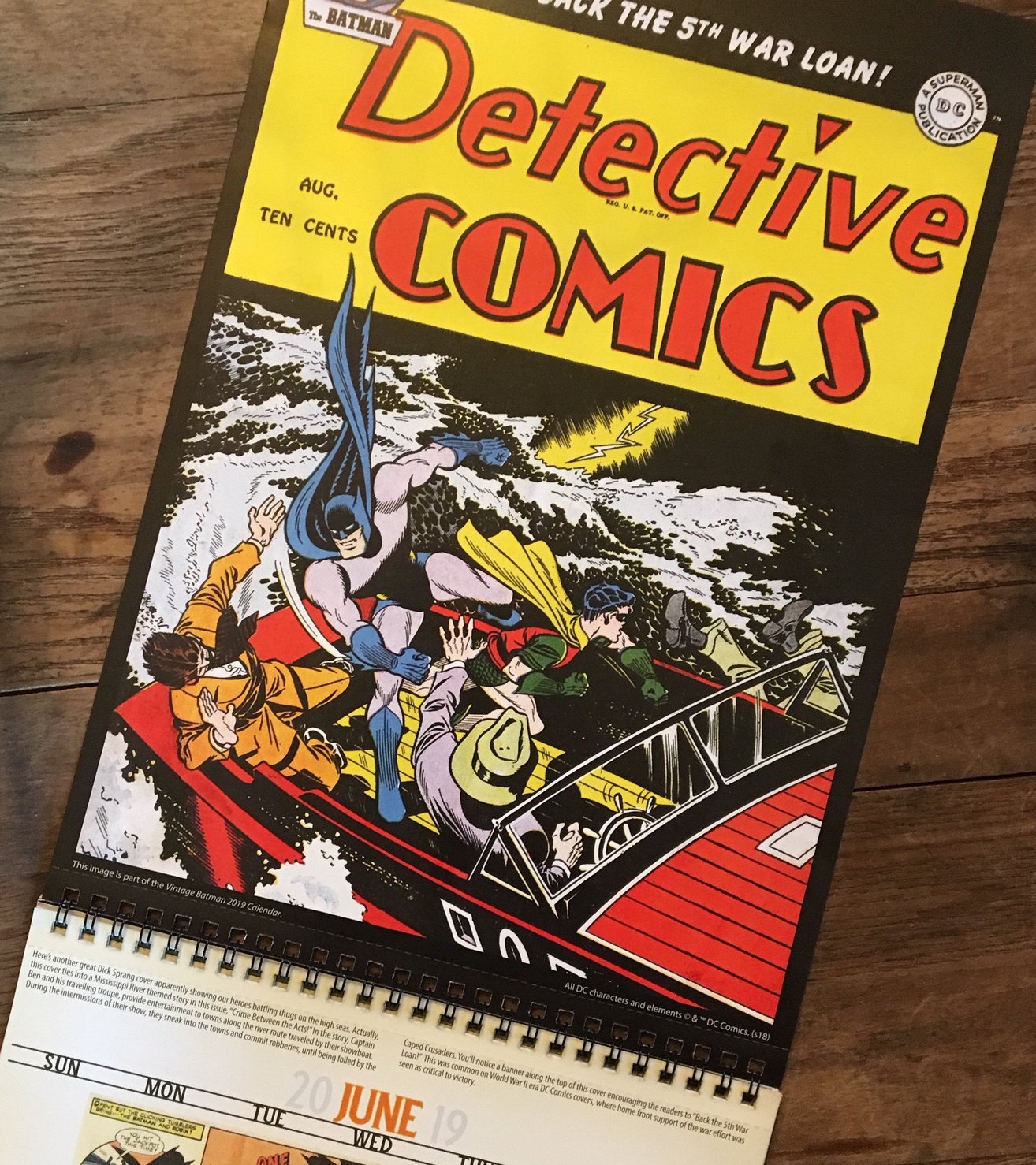 Here’s another great Dick Sprang cover apparently showing our heroes battling thugs on the high seas.  Actually, this cover ties into a Mississippi River themed story in this issue, “Crime Between the Acts!”  In the story, Captain Ben and his traveling troupe, provide entertainment to towns along the river route traveled by their showboat.  During the intermissions of their show, they sneak into the towns and commit robberies, until being foiled by the Caped Crusaders.

You’ll notice a banner along the top of this cover encouraging the readers to “Back the 5th War Loan!”  This was common on World War ll era DC Comics covers, where home front support of the war effort was seen as critical to victory.

Expert commentary above provided by our good friend and comics expert, Bill Jourdain.  Thanks Bill!  If you are interested in purchasing the 2019 Vintage Batman Calendar in which this story appears, simply click HERE.