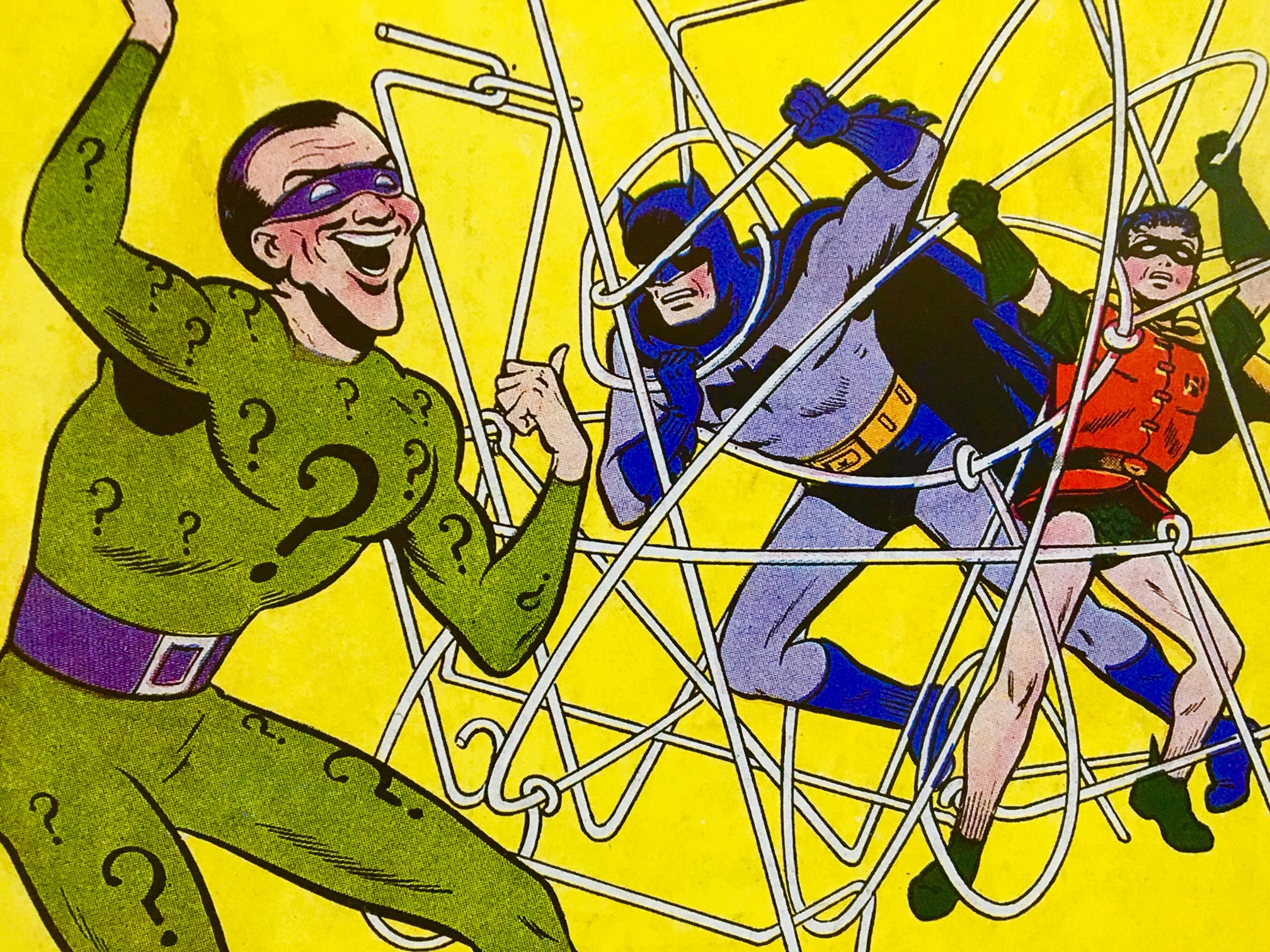 The RIDDLER Makes His Debut!

Meet “The Prince of Puzzles” – The Riddler! 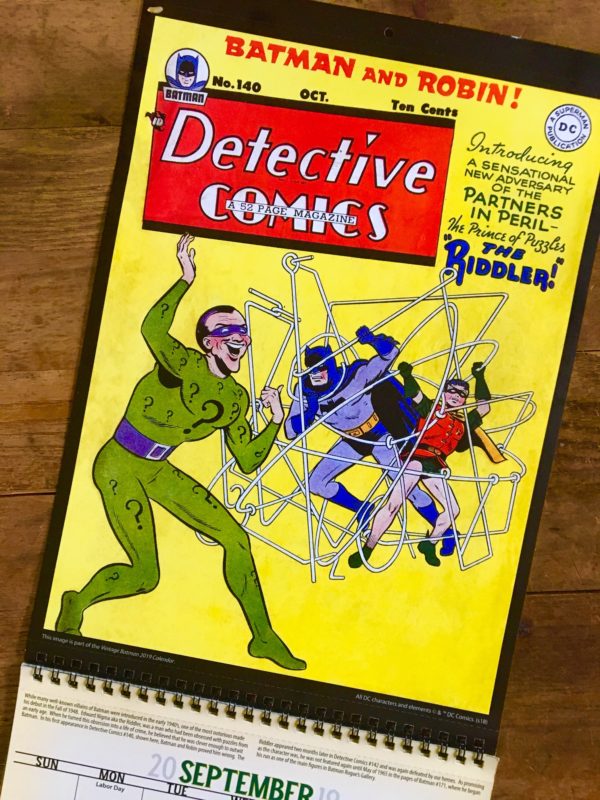 While many well-known villains of Batman were introduced in the early 1940’s, one of the most notorious made his debut in the Fall of 1948.  Edward Nigma aka the Riddler, was a man who had been obsessed with puzzles from an early age.  When he turned this obsession into a life of crime, he believed that he was clever enough to outwit Batman.  In his first appearance in Detective Comics #140, shown above, Batman and Robin proved him wrong.

The Riddler appeared two months later in Detective Comics #142 and was again defeated by our heroes.  As promising as the character was, he was not featured again until May of 1965 in the pages of Batman #171, where he began his run as one of the main figures in Batman Rogues’s Gallery.

Expert commentary above provided by our good friend and comics expert, Bill Jourdain.   Thanks Bill!  If you are interested in purchasing the 2019 Vintage Batman Calendar in which this story appears, simply click HERE.