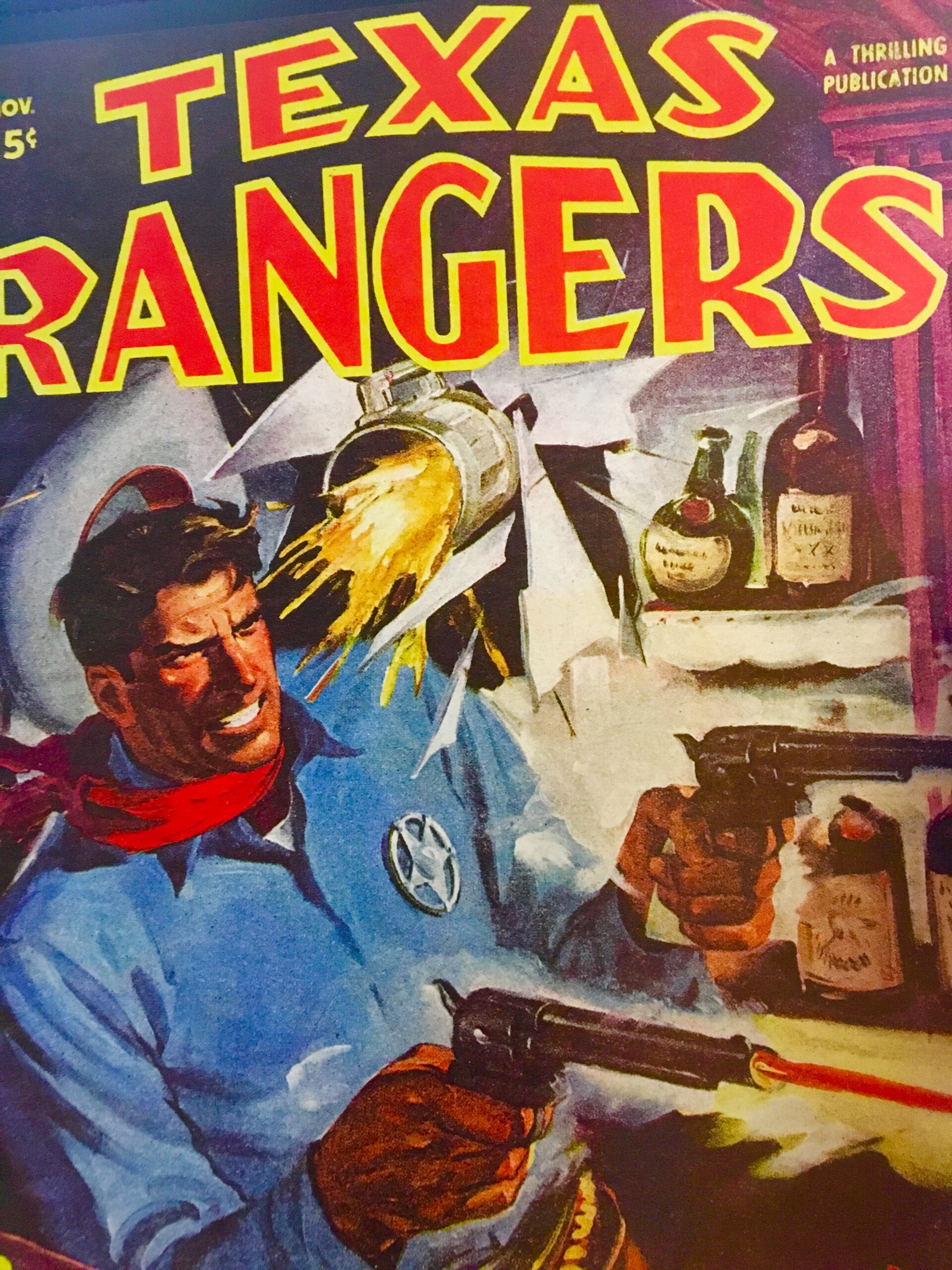 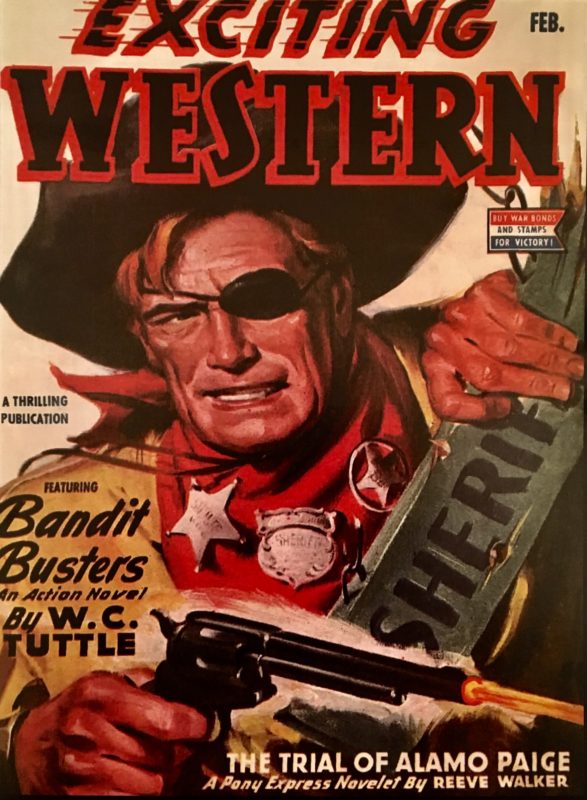 From our 2018 Vintage Westerns Calendar – Bandit Busters by W.C. Tuttle.  Jim Keaton, secretary of the Cattleman’s Association, sat at his desk, stoney-eyed, his jaw muscles as taut as the E-string on a well-tuned fiddle.  On the desk in front of him lay a crumpled telegram, which had just been delivered.  It was from Turquoise City and read:  OLLIE WEST SHOT AND KILLED HERE TONIGHT. NO EVIDENCE.  WIRE ADVICE.  It was signed by Bill Walters, sheriff.  Ollie West was Keaton’s cousin, and the best range detective in the country.  He had been an employee of the association long before Keaton became secretary.  West was not on official business in Broken Bow Alley.  There was a girl down there, a girl Ollie had met in Phoenix.  Keaton wasn’t sure what her name was. – page 11.

Boom Town Lawman by E.E. Halleran.  Old Ben Onsloe felt his nightly pang of nostalgia as he turned the big bay into Pecos Street.  It was astonishing how much of the old town remained here along the railroad, a spot of comfort in a wilderness of booming frenzy.  The New City of Comanche had spread out in all directions to surround and smother Pecos street, but while he was there, Marshal Onsloe could forget the fact.  This was the old cow town he had ramrodded since Vigilante Days.  Here he could the drop the uneasiness which the big town aroused in him.  He quirked a thin smile at the bald man who limped toward him from the battered door of the old caboose.  “Evenin’, Red,” he greeted.  “Anything stirrin’ in town today?” – page 32. 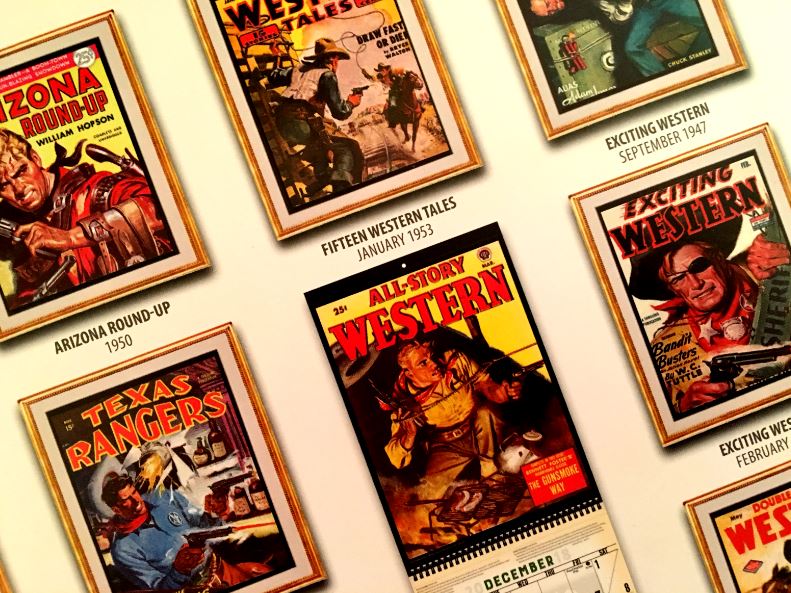