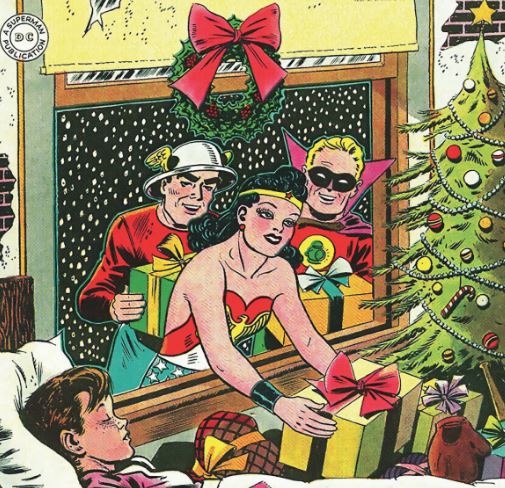 A Cavalcade of Christmas is Coming! 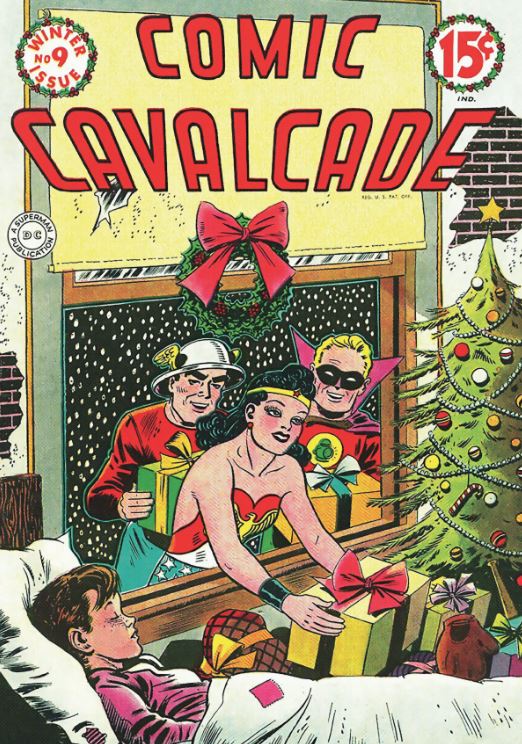 In this issue of the anthology series, Jay Garrick is considered the best liar at the Liars’ Club, or at least he was; now it appears to be Emerson Kinnick, who seems to be telling a whopper when he invites everyone to see his winged horse.  With no feathered equine in sight, Kinnick can’t figure out what happened, and now he’s in danger of being taken in as a raving lunatic.  As if that wasn’t bad enough, his three stooge-like stablehands – Winky, Blinky, and Noddy, otherwise known as the Three Dimwits – aren’t exactly being helpful.   It’s The Flash to the rescue as the fast-moving hero tries to corral the winged horse, protect Kinnick from being taken away, and set the record straight once and for all.  Additional stories featuring Wonder Woman, Green Lantern, Johnny Everyman, Hop Harrigan, and even Mutt and Jeff round out the issue.

Kudos to Dr. Arnold T. Blumberg for his expert commentary above and to the talented artists and writers of DC Comics who captivated and inspired millions of readers during this magical Golden Age.  To purchase the 2021 Vintage The Flash Calendar in which the above story is featured, CLICK HERE.  Dr. Arnold T. Blumberg is an educator,  publisher,  author,  comic book and pop culture historian, and former museum curator.  He is the author or co-author of Zombiemania,  The Big BIG LITTLE BOOK Book,  and Howe’s Transcendental Toybox.   He was the editor of The Overstreet Comic Book Price Guide and also wrote for Cinescape,  The International Journal of Comic Art,  Fandom,  and IGN.com.  He holds a doctorate in Communications Design from the University of Baltimore and teaches courses in everything from comics and superhero mythology to zombies to the Marvel Cinematic Universe.  You can find him on Twitter at @DoctoroftheDead