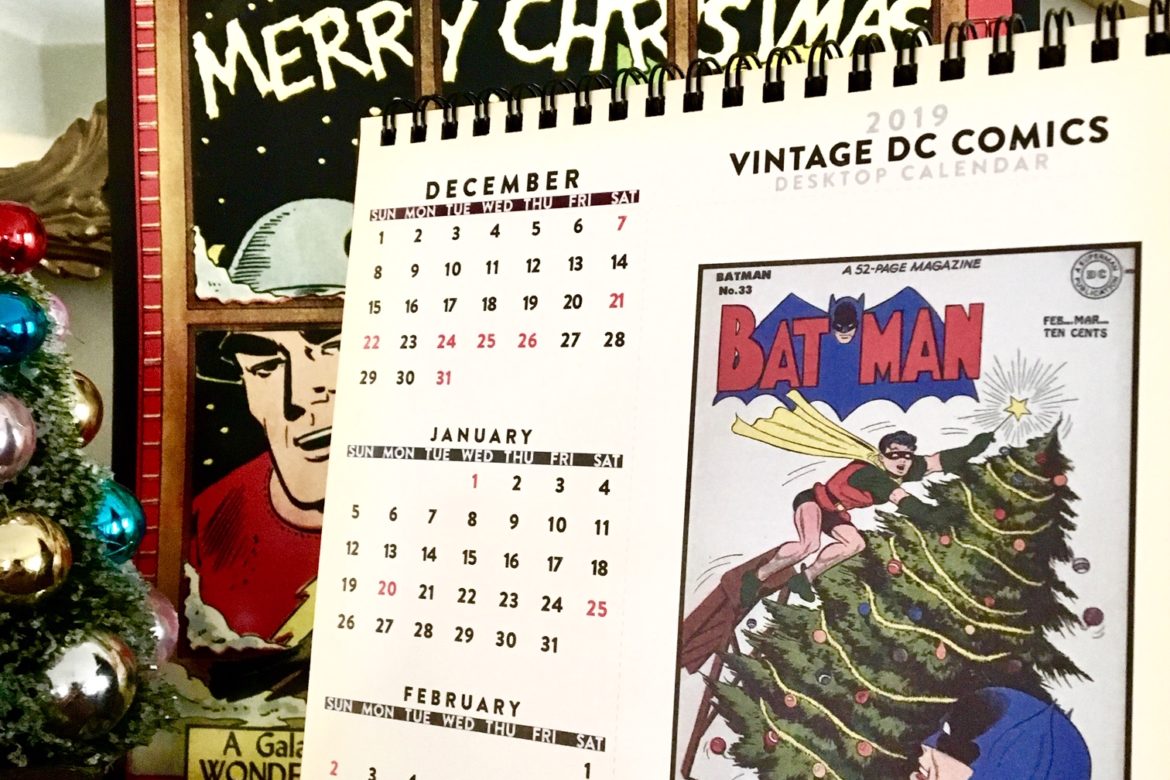 Deck the Halls with our DC Dynamic Duo Desktop!

Batman and Robin Recruit Santa! The Cover issue above which is featured in our 2019 Vintage DC Comics Desktop Calendar was released in February of 1946 (Batman #33).  The cover artist is Dick Sprang and the issue had 3 stories within;  "Crime on the Wing, The Looters, and the Search for Santa Claus" In the [...]
Posted by Andy Hyman