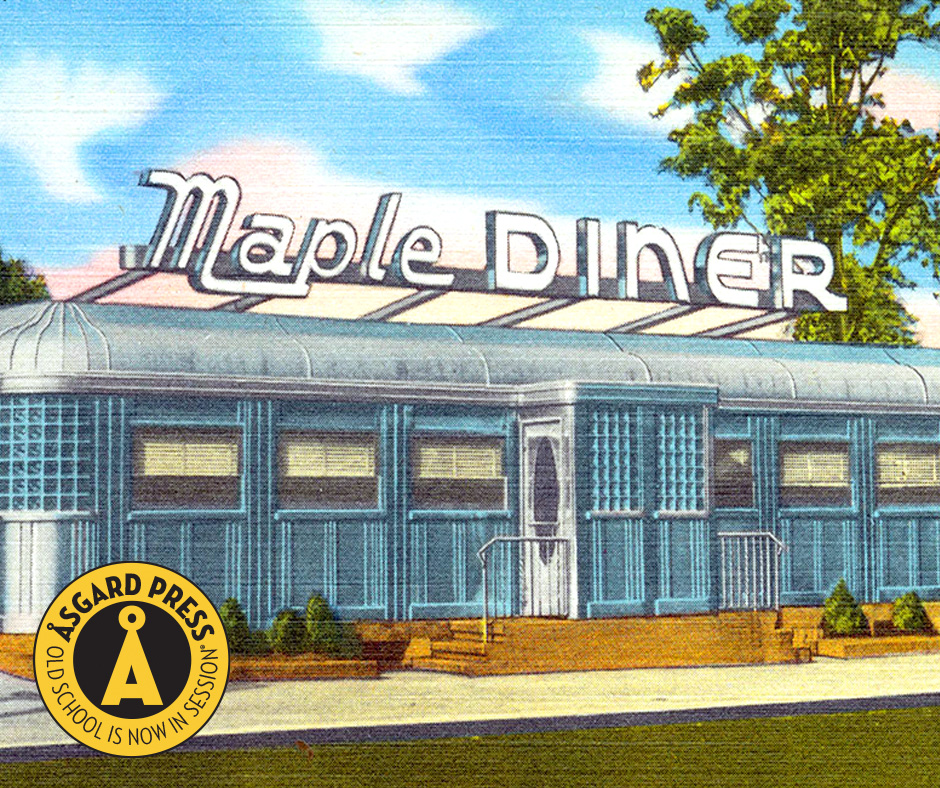 There are few cultural icons that alter the landscape quite as literally as the American Diner. The mainstay of travelers and locals alike, night owls, and workers hoping for a quick meal on their breaks, diners can be found in every state in the country. Lucky New Jersey tops the states list, with over 600 unique American diners available to prepare home cooked meals and provide a friendly meetup for friends and strangers. 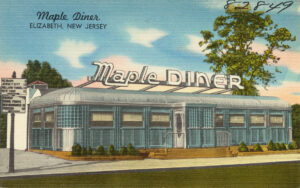 The American diner as we know it today has a distinct look, long and low with a narrow interior, a lunch counter, great coffee, and a comfort food menu. They are often open 24 hours a day and foster a culture of community. As nostalgia remains a trend, many newly constructed diners retain the streamlined look of diners from the 1940s and 1950s though the menus have evolved to become more diverse, frequently incorporating the recipes passed down through generations of immigrants who took up the apron and opened their own eateries. 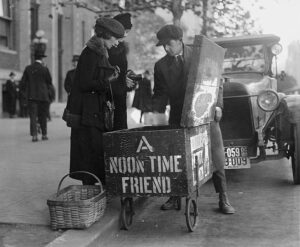 The origin of the diner began in the mid-1800s when Walter Scott, a printshop worker, started a side business selling food baskets from a cart for night shift workers outside of a newspaper office. Most restaurants were closed after dinner ended, so Scott’s offerings were popular among hungry overnight workers. As his business grew, Scott upgraded his food cart to a covered wagon in 1872 and quit his printing job to sell workmen’s meals full time. Inspired by the success of Scott’s food cart, other wagon-based sellers began offering late night sustenance. Wagon manufacturers piggybacked on this trend and began designing and selling lunch wagons made especially for the purpose. As horse drawn streetcars began to be replaced by electric models, some lunch wagon owners renovated and repurposed these cars, along with defunct railroad cars, into semi-permanent dining establishments. 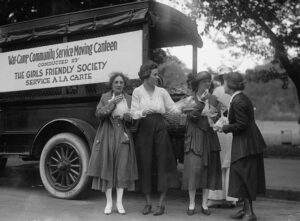 In 1913, Jerry O’Mahoney designed the first prefabricated lunch wagon that was intended to remain stationary, thus launching Jerry O’Mahoney Inc. and the O’Mahoney Diner Company, which produced over 2000 American diners during the Golden Age of diner manufacturing – the 1910s through the 1950s. As more women entered the workforce during World War I and II, diners began offering more comfortable and cheerful spaces to attract women as customers. Diners were enlarged, restrooms added, and more variety was introduced into the menus. Design trends of the era, such as streamlined shapes and chrome finishes, were incorporated into diner exteriors. During the postwar period of economic boom, diners became even more popular, and upgrades such as air conditioning and better lighting were common. 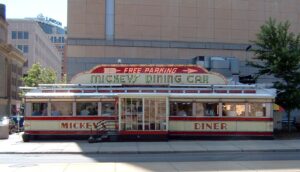 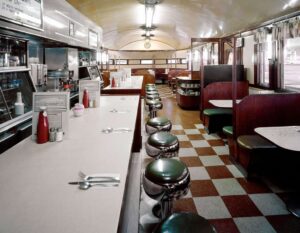 Interior of the Modern Diner, Pawtucket, Rhode Island. Photograph in the Carol M. Highsmith Archive, Library of Congress, Prints and Photographs Division, 1980. The Modern Diner was manufactured in 1940.

Throughout the 1960s, roadside diners were a hit with travelers as the U.S. interstate highway system was implemented. The American diner became so recognizable to so many people that it became a pop culture icon, appearing as a subject in artwork by Edward Hopper and Norman Rockwell, and eventually in movies such as Pulp Fiction and Grease, and TV shows such as Happy Days and Twin Peaks. As the 1960s waned, diners faced competition from emerging fast-food restaurants. However, a wave of nostalgia, created by the economic downturn of the 1970s, brought interest in diners surging back to life. 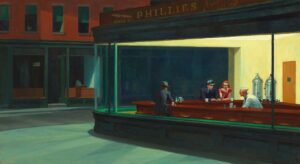 Today, the American diner remains a permanent part of our cultural fabric and physical landscape. Other countries such as Canada, England, and Ireland have also embraced the diner experience. Many of the original diners in the U.S. are now on the National Register of Historic Places which helps preserve the history of these iconic spaces. The legacy of diners now continues with the resurgence of trendy modern food trucks. What’s the best way you can help to maintain diners and their culture? Eat at your local diner, of course! 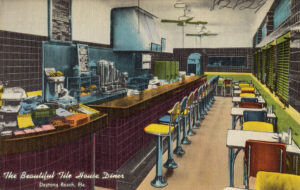 Many diners in the 1930s and 1940s advertised their establishments by printing linen tourism postcards. These would be offered for sale to the travelers stopping by to grab a meal on the road. Our 2023 Vintage Diners Calendar showcases 13 frame-ready prints of linen postcards featuring historic roadside diners. As a bonus, each month also features a diner-inspired comfort food recipe! Hang this calendar in your kitchen and enjoy these diners and recipes all year long. See the calendar here.