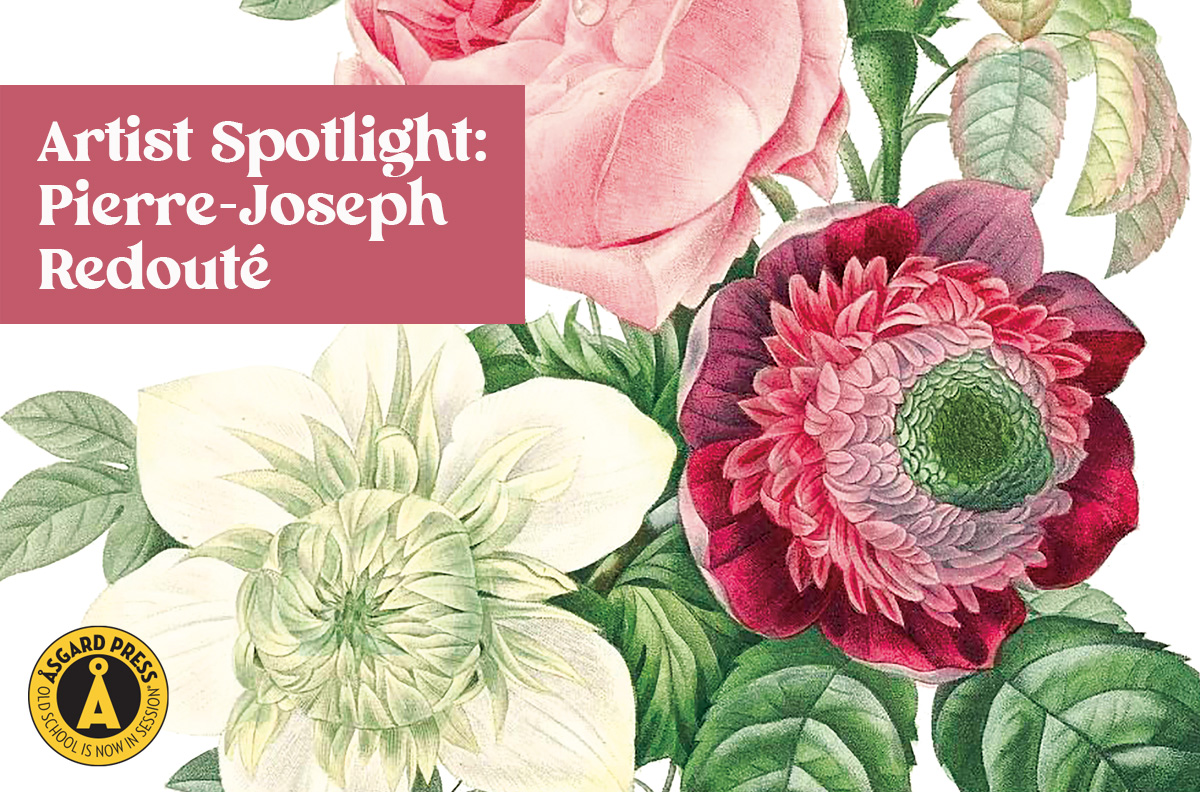 Pierre-Joseph Redouté (1759-1840) is probably one of the best-known names in botanical illustration. Redouté was a Belgian artist who is considered by many to be one of the greatest flower painters of all time, combining scientific accuracy with the ability to artistically render great beauty. He was born in Saint-Hubert, Belgium, to a family of artists, but it was his passion for botany that led him to focus on painting flowers. Redouté trained under botanist Charles Louis L’Héritier de Brutelle, who taught him how to dissect plants and accurately capture specific characteristics of their structure. 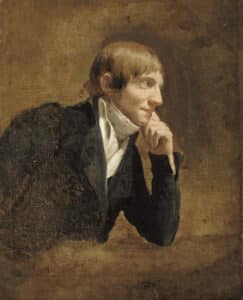 Redouté’s work is renowned for its meticulous accuracy and artistry. He was able to capture the delicate details and subtleties of each flower he painted, making his art highly sought after by botanists and naturalists of his time and by collectors today. He was also a skilled engraver, and many of his works were reproduced in books and prints.

One of Redouté’s most famous published works is Les Liliacées, a two-volume set of books that was published between 1802 and 1816, containing over 200 plates of watercolors of lilies. Considered to be some of the most beautiful botanical illustrations ever created, the books were a collaboration between Redouté and botanist Charles-François L’Héritier de Brutelle, who provided the botanical descriptions for each illustration.

Just as well-known as Les Liliacées, and just as breathtakingly beautiful, is Redouté’s Les Roses, a two-volume set of books that was published between 1817 and 1824. This work features over 200 plates of watercolors and is considered one of the most important works on the subject of roses. Redouté collaborated on this set with botanist Pierre-Antoine Barrès, who wrote the botanical descriptions for each plate.

The Influence of Redouté

Redouté’s work was highly influential in the field of botanical illustration. He was a master of watercolor painting, and his style was widely imitated by other artists. His illustrations were used in many botanical textbooks and were widely reproduced in prints. Redouté rendered his illustrations from live plants rather than specimens, giving his works a look of sublime freshness. Over the course of his career, Redouté published over 2,100 botanical plates portraying over 1,800 different species, many of which were rendered for the first time.

Redouté was also an accomplished teacher, and he taught many students, including French Queen Marie-Antoinette, for whom Redouté was art tutor. Beginning in 1824, he taught drawing classes at the National Museum of Natural History in Paris, instructing students right up until his death in 1840.

Redouté’s work was highly sought after by many prominent figures of his time, including Napoleon Bonaparte and King Charles X of France. He was also a member of the Royal Academy of Sciences and the Royal Academy of Fine Arts in Paris. Redouté was also court artist to Bonaparte’s wife Joséphine, during which time he illustrated Jardin de la Malmaison (1805), a work by botanist Étienne-Pierre Ventenat that documented the numerous species growing at Joséphine’s residence Malmaison.

Despite his success, Redouté lived a relatively modest life. He died in 1840 in Paris at the age of 81. Today, his work is highly respected and admired, and it is considered some of the greatest examples of botanical illustration ever created. Many of his original works are housed in museums and galleries around the world, and his books continue to be treasured by botanists, naturalists, and art lovers alike. Original works by Redouté still appear at auctions today and are highly prized by collectors.

The work of Pierre-Joseph Redouté is a testament to his passion for botany and his dedication to capturing the beauty of the natural world in his art. His illustrations are valued for their scientific accuracy and enduring beauty, and are timeless additions to the walls of museums, galleries, and homes.

To see more botanical illustrations and how the legacy of Redouté influenced other botanical artists, see our 2023 Vintage Botanicals Calendar, a collection of 13 art-quality prints suitable for framing in your own home. 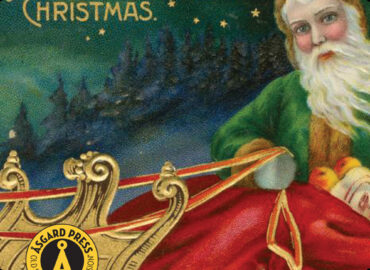 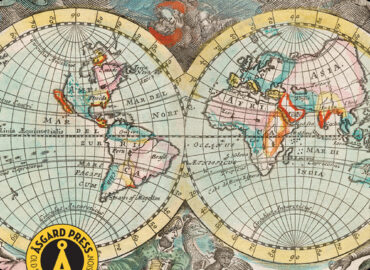 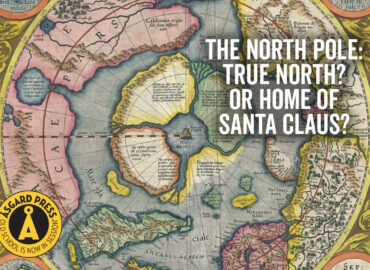