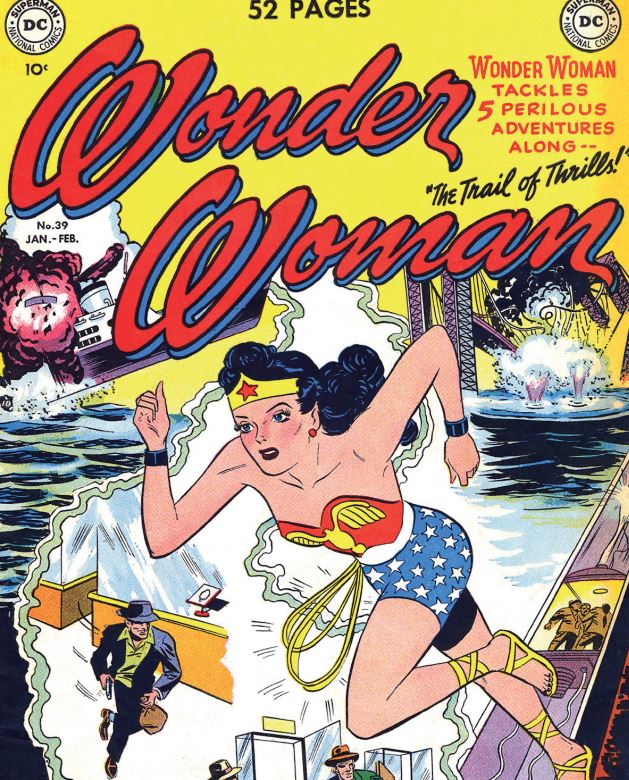 Wonder Woman Stars In: THE TRAIL OF THRILLS! Details inside…. 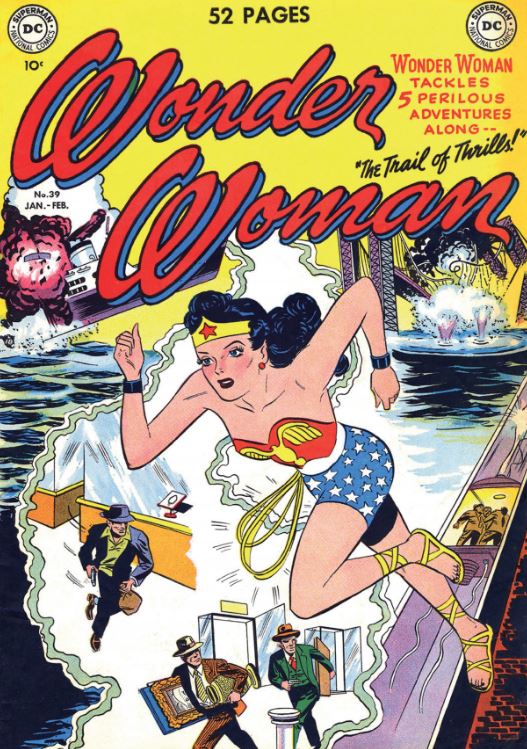 In the first of three adventures, Wonder Woman makes a bet for charity and races against the clock to prove that five “unimportant people” with mundane jobs are actually vital to democracy and the nation’s security. In the second story, Dean Meg Sourpuss of Holliday College is wooed by an old flame under the control of the dastardly King Midas; the deception is part of a plan to purloin the college’s recently donated store of radium for medical research, as well as treasure troves of gold and jewels.

In the final feature, cub reporter Jim Eager follows Diana on a day’s escapades in order to secure his job and marry his sweetheart, but he’s going to get more excitement than he bargained for. A “Wonder Women of History” feature focuses on Mumtaz Mahal, the Empress Consort of the Mughal Empire for whom the Taj Mahal was built as a mausoleum.

Appreciation for the expert commentary on Wonder Woman Cover story for the month of November 2020 provided for our 2020 Vintage Wonder Woman Calendar  goes to Dr. Arnold  Blumberg.  THANKS DOC!!  Doc is an educator, publisher, author, comic and pop culture historian, and former museum curator.  He was the editor of The Overstreet Comic Book Price guide and teaches courses in everything from comics to zombies to the Marvel Cinematic Universe.  Find him on Twitter @DoctoroftheDead.