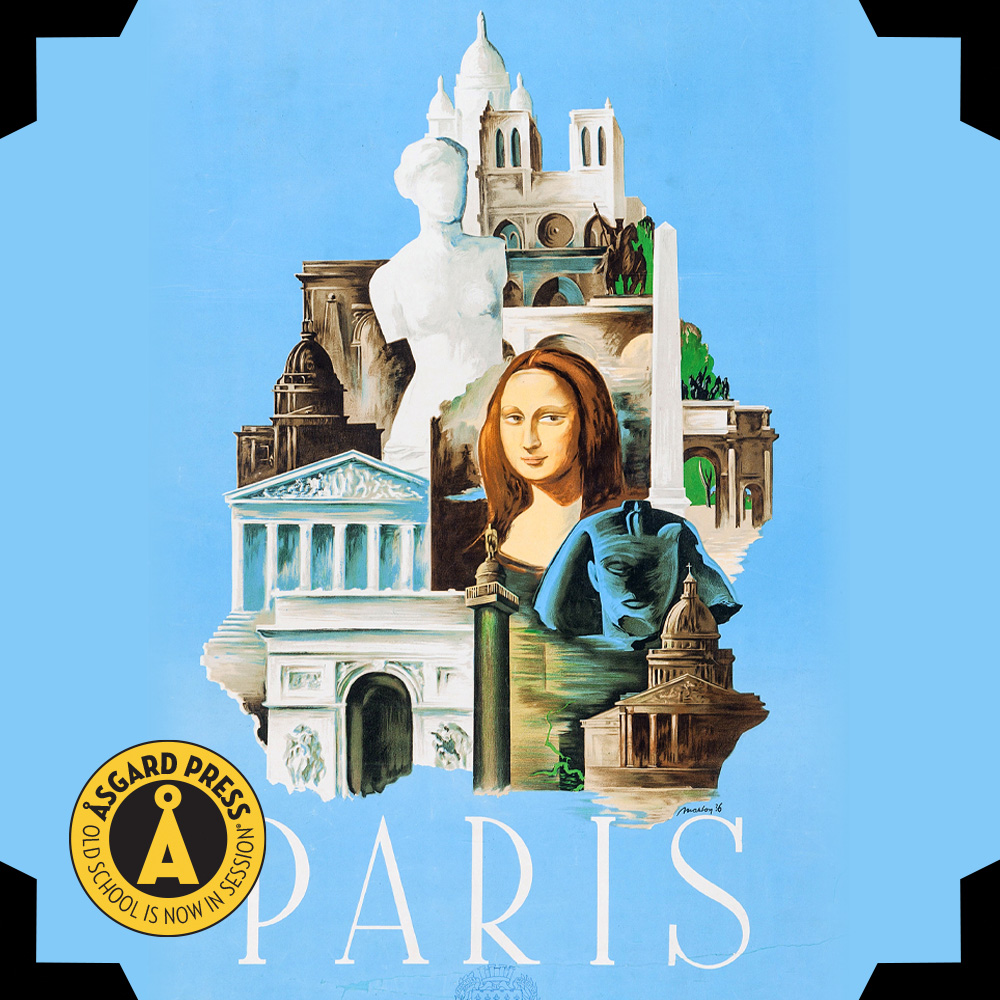 This week, Travel Tuesday takes us to Paris, France, the third most-visited city in the world. Though travel for business, religion, or education was common among the wealthy prior to modern times, it was during the years of economic boom after World War II that tourism for recreation really took root among many Americans. The advent of trans-continental air travel made tourism outside the US accessible to the middle class, while rail travel made continental trips possible for more Europeans.

From 1885 to 1937, Paris held eight Universal Expositions, akin to World’s Fairs, which drew millions of tourists to the city. The fourth Exposition in 1889 unveiled one of the city’s most famous landmarks, the Eiffel Tower, which remains one of the most visited sites in the world today. The Paris Universal Expositions showcased achievements in industry, art, agriculture, and technology and attracted travelers from all over the globe, solidifying Paris as a tourist destination and paving the way for the recreational travel boom to come.

In the 1950s and 1960s, airlines promoting international travel advertised heavily to middle class American tourists. The posters these companies commissioned frequently featured original artwork that is still collectible today. Often, famous artists of the day were hired to create bold, colorful graphics that focused on the destination, rather than the airline represented. This type of advertising peaked in the 1950s and throughout the 1960s, the colorful illustrations were gradually replaced with color photography.

We’ve collected six stunning examples of vintage travel posters featuring Paris, France. Each poster features bright, colorful artwork that is very representative of its era. As you scroll through the gallery, perhaps you too will feel the lure of the City of Light! 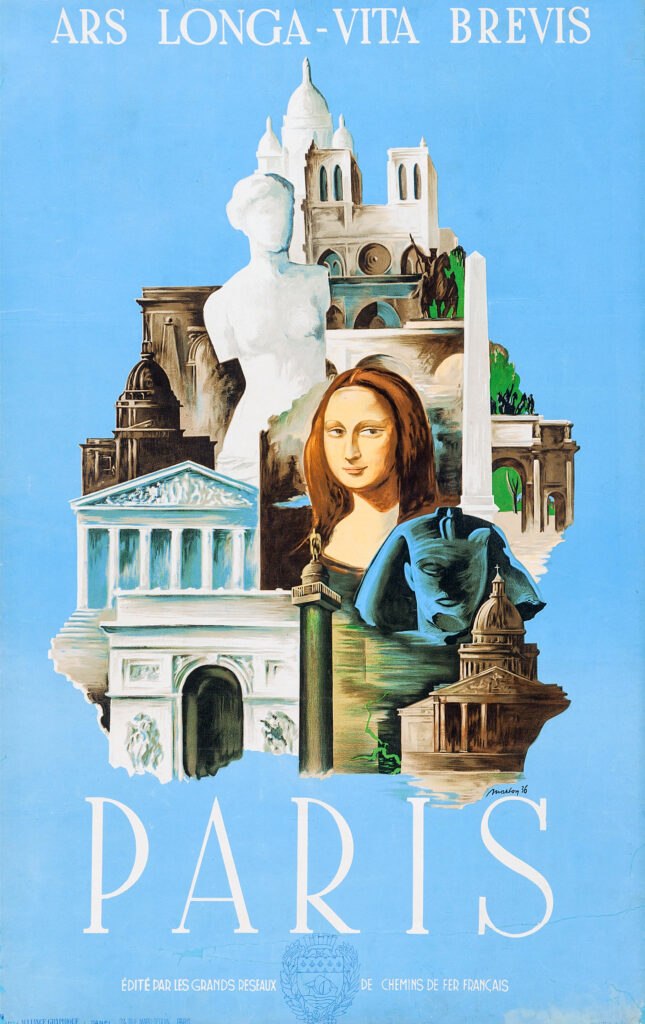 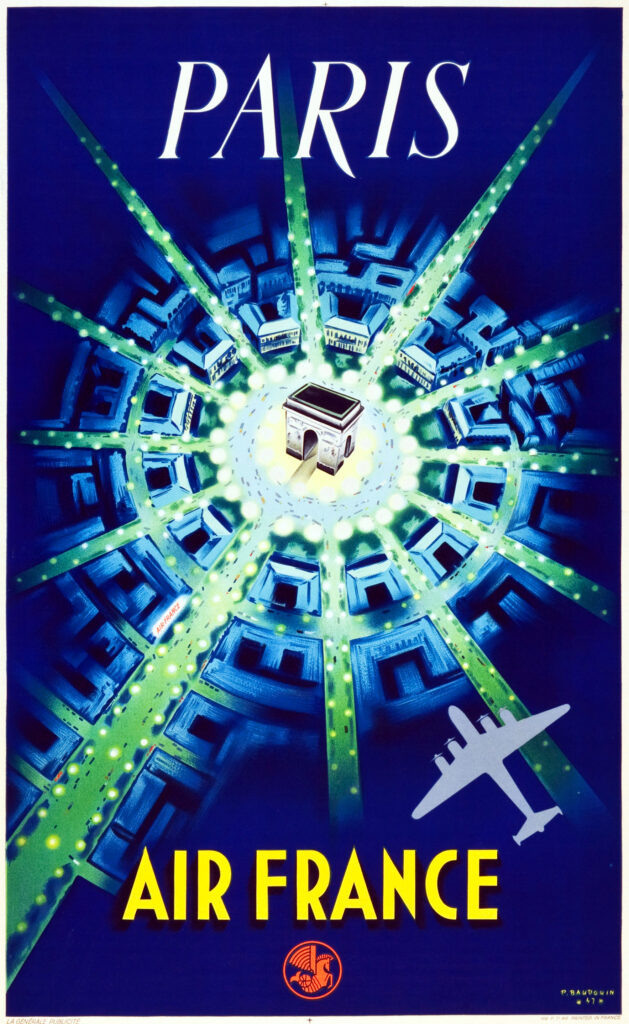 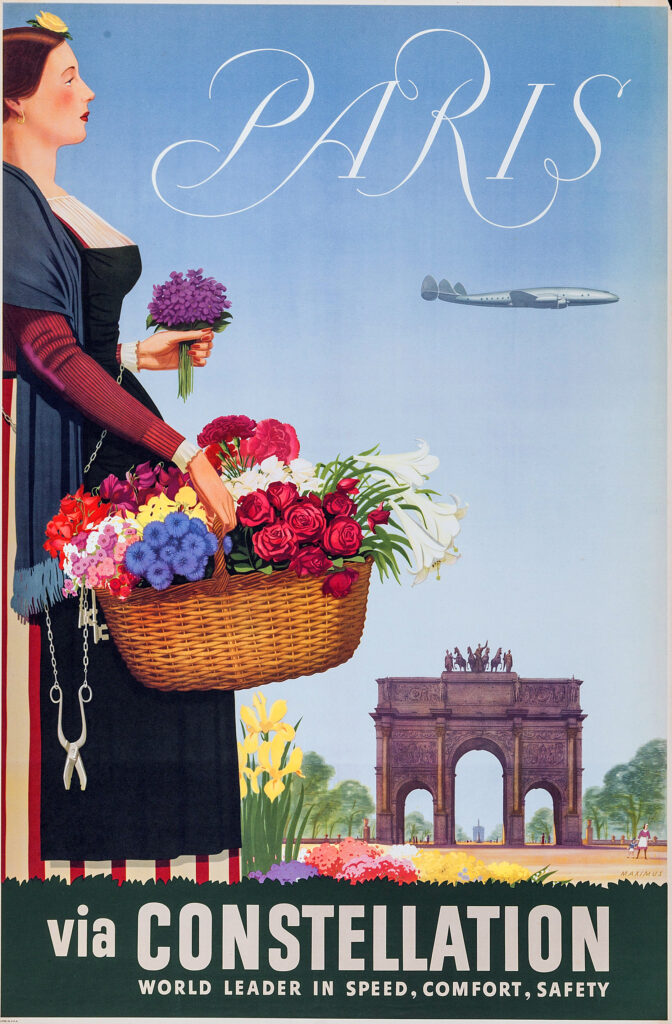 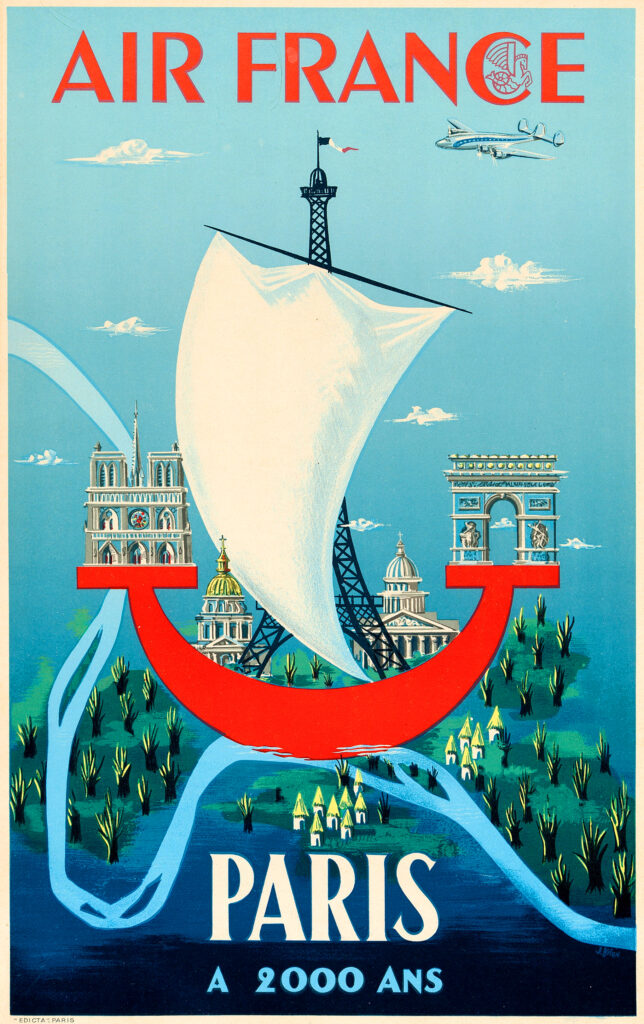 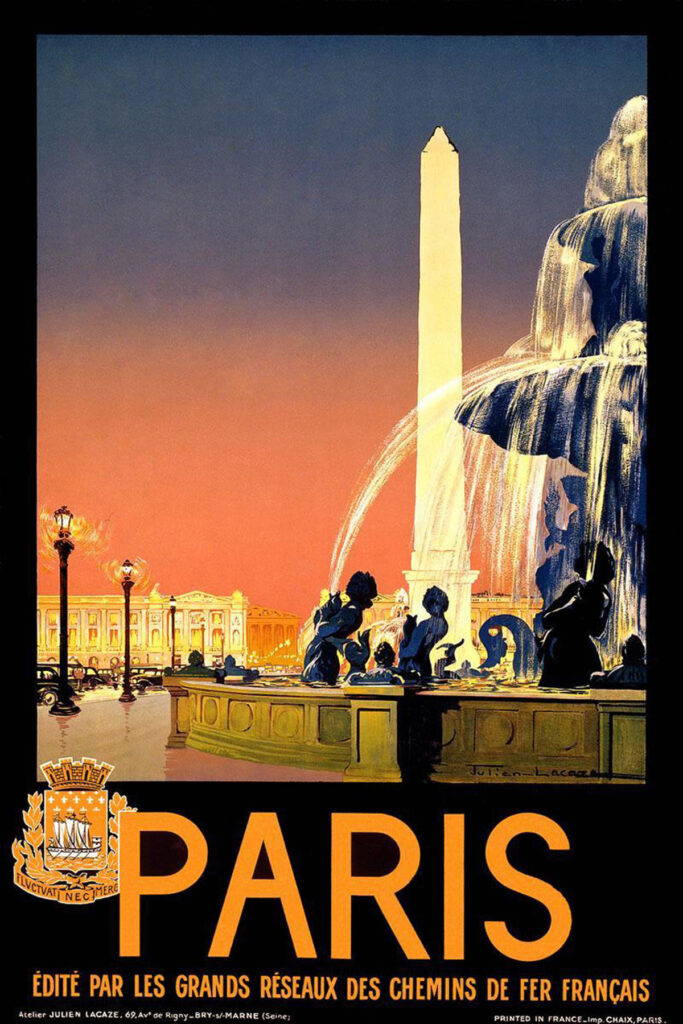 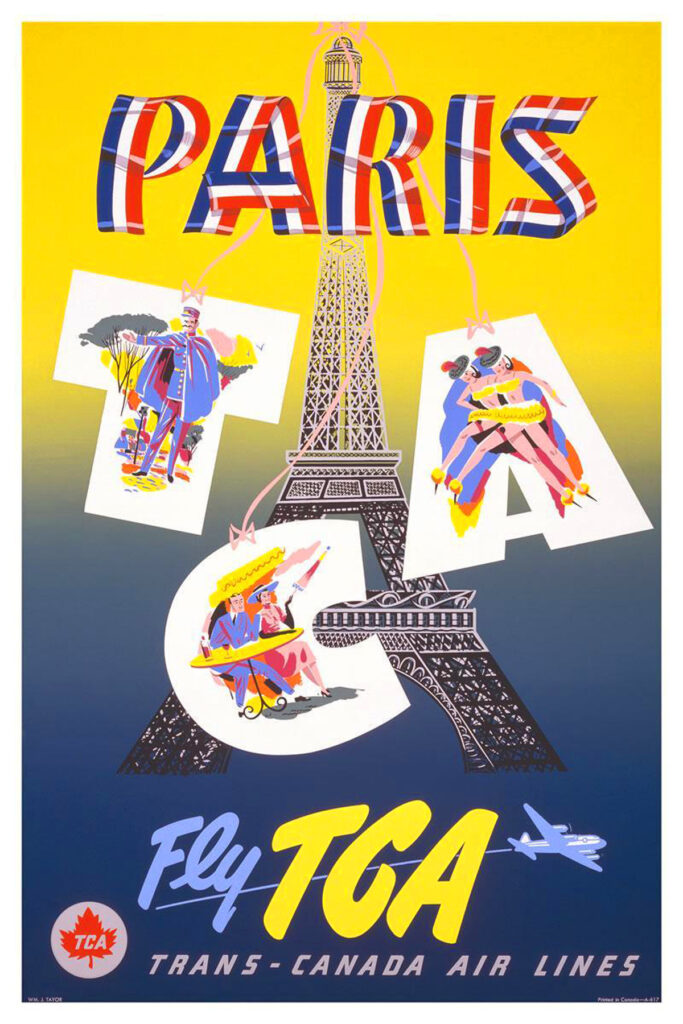