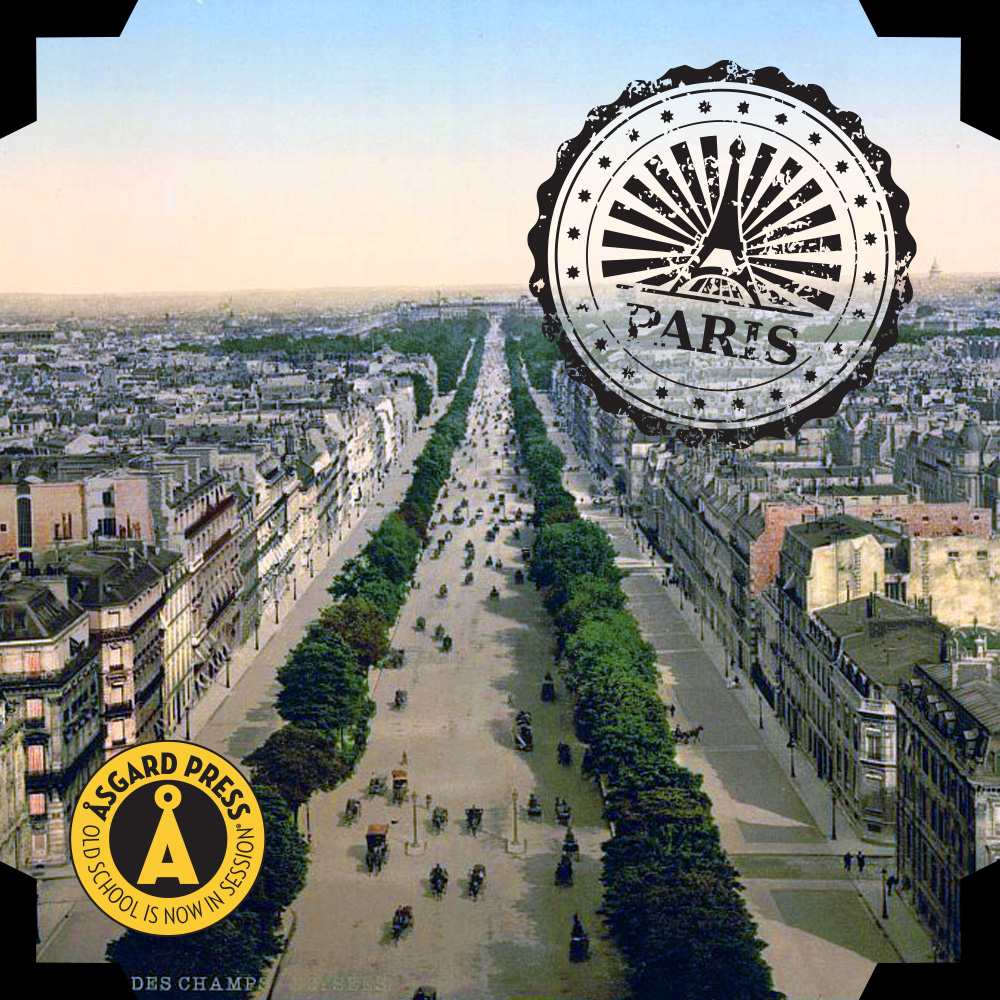 Travel to Paris in the Belle Époque

Ah, Paris in the Springtime! Ranked the third most visited city in the world, Paris, France is home to some of the world’s greatest sights and attractions. There are very few people who have never heard of the Eiffel Tower or the Mona Lisa, which currently resides at the Louvre, one of the most famous art museums in Europe. Much like today, travel to Paris was also extremely popular during the city’s Golden Age, known as the Belle Époque, an era of peace, optimism, and refinement sandwiched between the political and social unrest of the 1870s and the advent of World War I in 1914. Literally speaking, this time period was indeed the “beautiful era.” 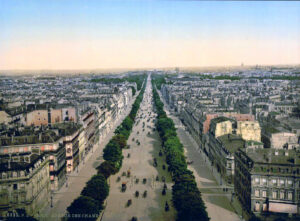 Turn of the Century Travel to Paris

During the Belle Époque, Paris held three Expositions, or World’s Fairs, which drew millions of tourists to the city. Luxury hotels sprang up near train stations and the center of the city to accommodate visitors to the Expositions. Train stations were enlarged to keep up with the increase in travelers, adding amenities such as restaurants. All the new additions were styled in the highly decorative trends of the time. The sights of Paris, the City of Light, were so spectacular that tourists wanted a way to share what they had seen with family and friends at home. 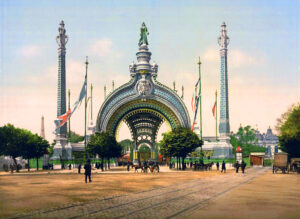 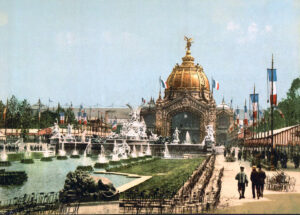 Photochrom Postcards: to Send and to Save

Up until the modern digital era, many tourists relied on postcards to update loved ones on their travels and sightseeing. Postcards also made perfect souvenirs, especially before personal cameras were common. Beginning in the 1890s, all the wonderful sights of Paris could be preserved for travelers in stunning photographic detail and in color through a printing process called Photochrom.

Photochrom was a type of color lithography, a printing process utilizing stone plates and chemicals to reproduce hand-colored photographic images. Photographers, such as American William Henry Jackson, employed the Photochrom technique prior to the widespread availability of color photography. Extensive notes would be taken by the photographer that would later be used to hand-color the photographic negatives. Seeing the potential of Photochrom for showcasing images of cities, landscapes and tourist attractions, companies such as the Detroit Photographic Company used the process to manufacture millions of postcards right up until World War I. 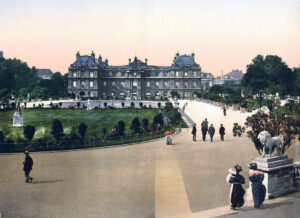 Photochrom postcards are finely detailed with realistic-looking color, each of which requires its own lithographic plate. The final prints would require anywhere from six to fifteen color plates to achieve the look of a color photograph. Postcards printed this way would often have a caption or photographic company name along the bottom edge. At the turn of the twentieth century, the Photochrom process was the only means known to mass produce naturally colored photographic images. It’s easy to understand why visitors to Paris during the Belle Époque would be excited to take home an armful of these beautiful reminders of their stay. 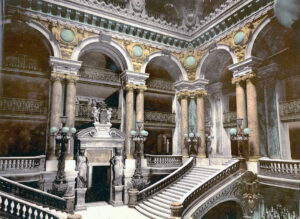 If you would like to see more sublime Photochrom postcards of vintage Paris, we have curated a collection of 13 prints in our 2023 Vintage Paris Calendar, now in stock. Each image has been carefully restored and can be easily removed for framing in any standard 11”x14” frame, so you can travel to Paris and back in time to the Belle Époque and enjoy all the sights that Paris had to offer.