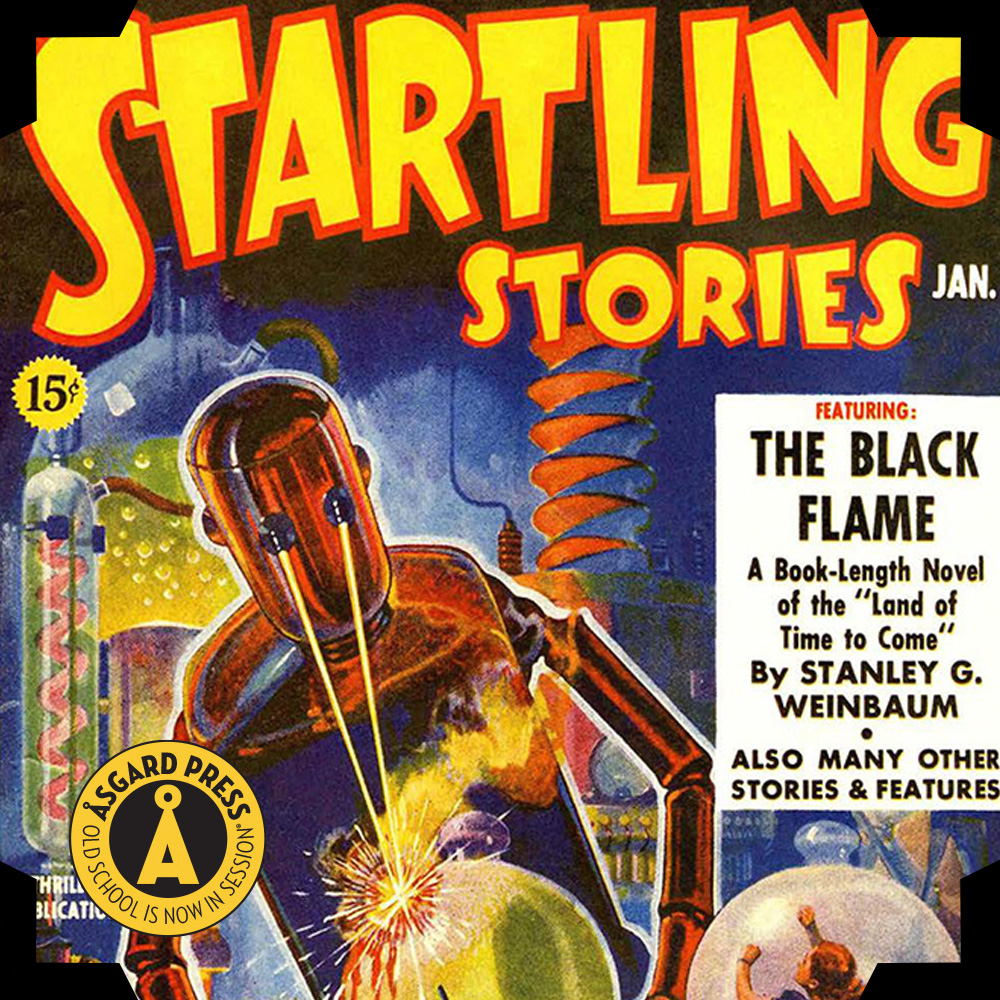 A Golden Age of Optimism

The literary genre of science fiction as we know it today came into its own with the April 1926 edition of Amazing Stories, edited by Hugo Gernsback. It was the very first magazine dedicated exclusively to scientific fiction. Filled with reprints of stories by H.G. Wells, Jules Verne, and Edgar Allen Poe, the magazine was a hit. Soon, Gernsback’s new magazine of ‘scientifiction’ included writers such as Edgar Rice Burroughs, Edward Elmer “Doc” Smith, and Philip Francis Nowlan (creator of Buck Rogers), as other publishers raced to join the party.

By the 1930s and 40s, the Golden Age of Pulp Sci-Fi was in full swing, with magazines like Startling Stories, Astounding Stories, Thrilling Wonder, and Planet Stories competing for the attention of an increasingly discerning audience. In 1938, Astounding Stories became Astounding Science Fiction, and under the editorial watch of John W. Campbell Jr., quickly rose above the crowd to set a new standard for quality and sophistication.

Although the early sci-fi pulps were not above purveying the sort of flimsy plots, shallow characters and cheap thrills that often stigmatized the genre—usually with covers to match, many contained short stories and even novels of breathtaking imagination and originality. Works by unknown writers like Bradbury, Asimov, Sturgeon and Heinlein, mesmerized an ever-expanding group of young, passionate readers. Most of the major science fiction authors now hailed as visionaries, began their careers within the pages of these pulp magazines.

From the start, pulp sci-fi cover artists took on the heady challenge of visually realizing the stories within. They answered with dramatic scenes of space travel and technological marvels, both good and evil, along with that quintessential science fiction staple: Babes and BEMs (bug-eyed monsters).

Join us on a journey back to the early days of pulp science fiction—as we witness the evolution of a genre through the colorful and fantastic covers of magazines that cried out for attention from the shelves of corner drugstores and newsstands during this Golden Age. We hope you enjoy your voyage through the gallery of covers below. If you love what you see, you can find many more in our 2023 Vintage Sci-Fi Calendar. Prepare for liftoff! 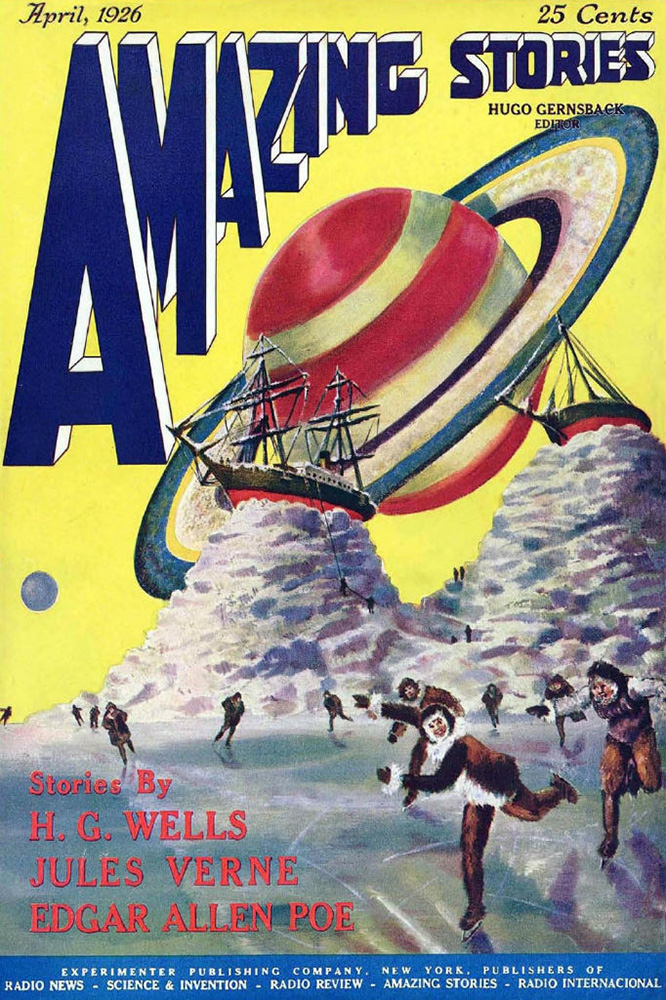 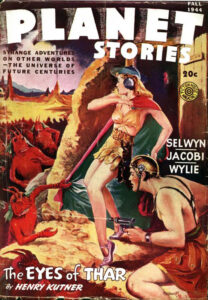 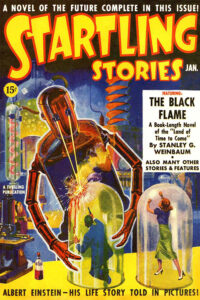 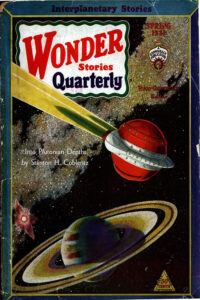 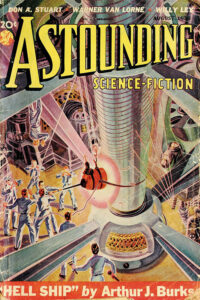 Our 2023 Vintage Sci-Fi Calendar features 13 more astonishing science fiction magazine covers from the Golden Age of Sc-Fi. You can see them all here.

This essay first appeared as the introduction in our inaugural 2010 Vintage Sci-Fi Calendar, released in Fall 2009.