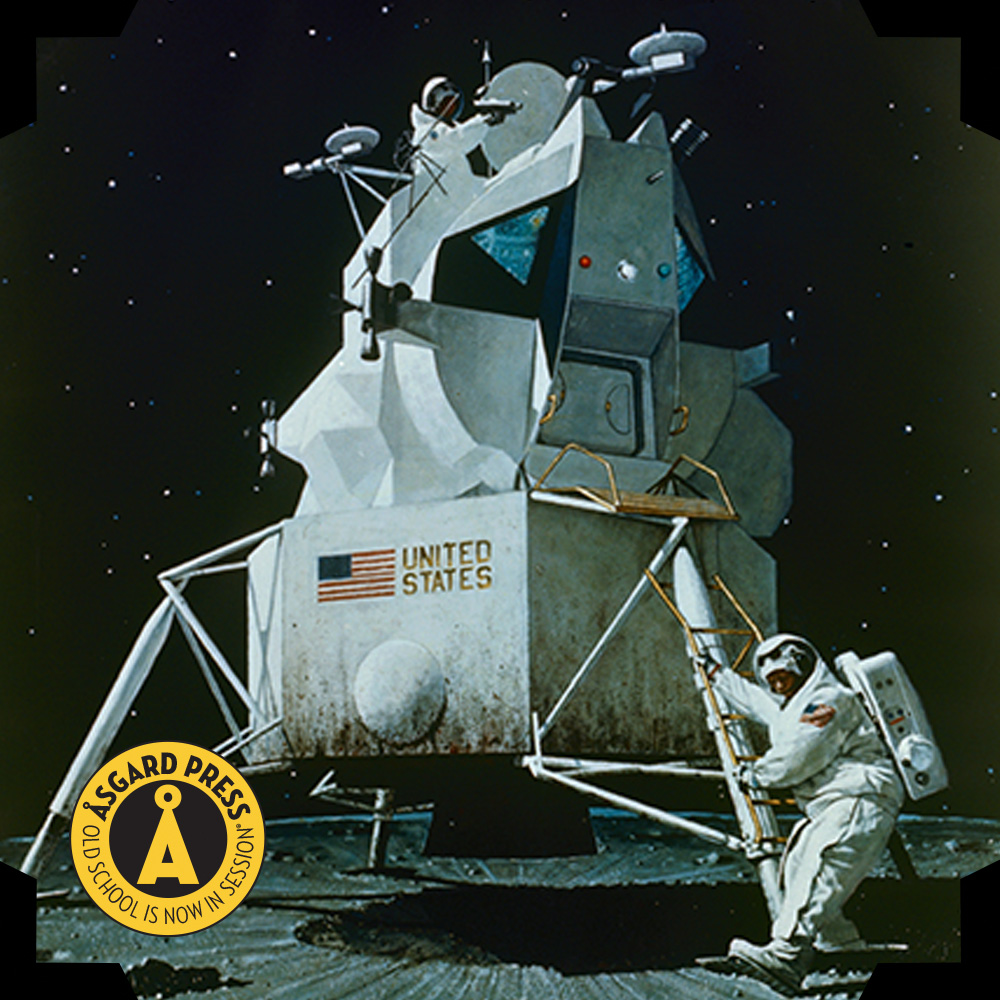 Since its establishment in 1958, NASA has exemplified American ingenuity and progress through the development of astonishing technology. The exploration of space and the mysteries of its wonders have provided fodder for the imagination for generations, and the space missions of NASA have made many of those imaginings a reality. From the beginning, NASA has documented its activities with photography, but in 1962, NASA Administrator James Webb found a way to better convey the human element behind the science: the NASA Art Program.

After seeing a portrait of astronaut Alan Shepard in his spacesuit by artist Bruce Stevenson, Webb began to realize the unique emotive potential of artist expression and commissioned portraits of the rest of Shepard’s crew mates. The NASA Art Program was then created in collaboration with the National Gallery of Art to create a collection of visual documentation viewed through a human lens rather than a camera. As Hereward Lester Cooke, an artist and the National Gallery curator working with NASA on the Art Project, phrased it, “the camera sees everything, yet understands nothing.” 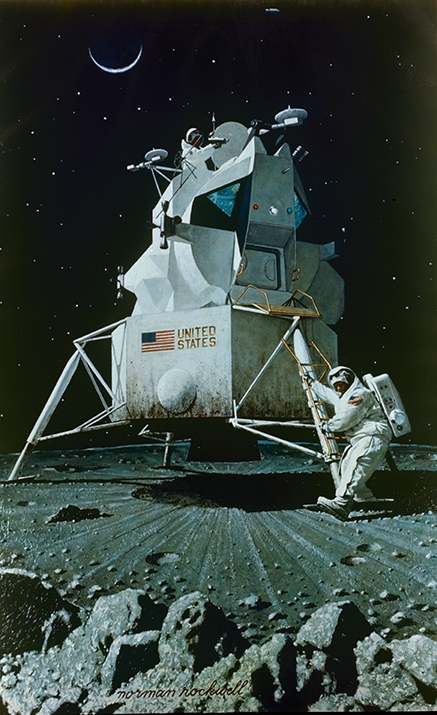 The emotional quality of the work created by the NASA Art Program has been very appealing to viewers, from ordinary citizens to members of Congress. The first group of artists to participate were carefully chosen for their mastery of the American Realism style of painting and, for many of them, their experience with military subjects. Paul Calle, Lamar Dodd, Peter Hurd, Mitchell Jamieson, John McCoy, Robert Shore, and George Weymouth were later joined by Norman Rockwell to form the original group of NASA artists that had unprecedented clearances and access to space missions in order to document them with a first-person perspective. When Rockwell wished to complete a painting in his studio rather than on location, he was even loaned a spacesuit, albeit accompanied by a NASA technician at all times. 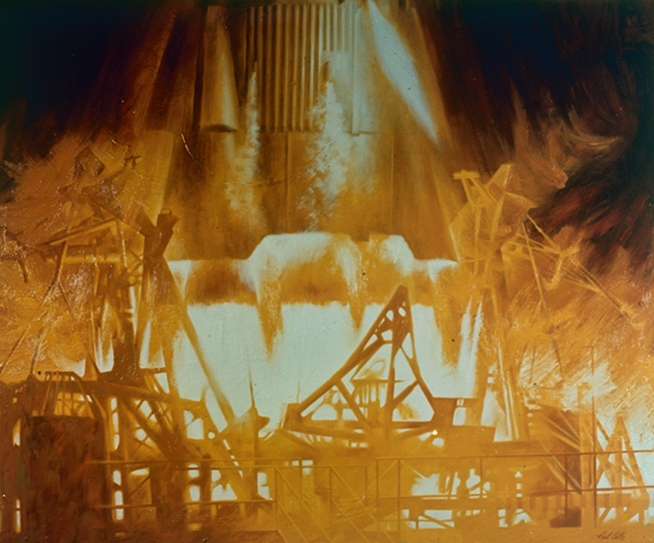 Over the years, other famous artists have contributed to the NASA Art Program’s body of work, including Annie Leibowitz, Robert Rauschenberg, and Andy Warhol. The artists acted as ambassadors for NASA, bringing space missions into popular culture and into the hearts and minds of Americans. Working closely with NASA’s Jet Propulsion Laboratory, the artists have used documentation and scientific data to interpret space missions and discoveries to assist viewers in understanding the activities of NASA and the technology that drives them. Even future missions have been depicted as concept art to help interested audiences understand the intentions and predicted outcomes of missions that are still in their infancy. 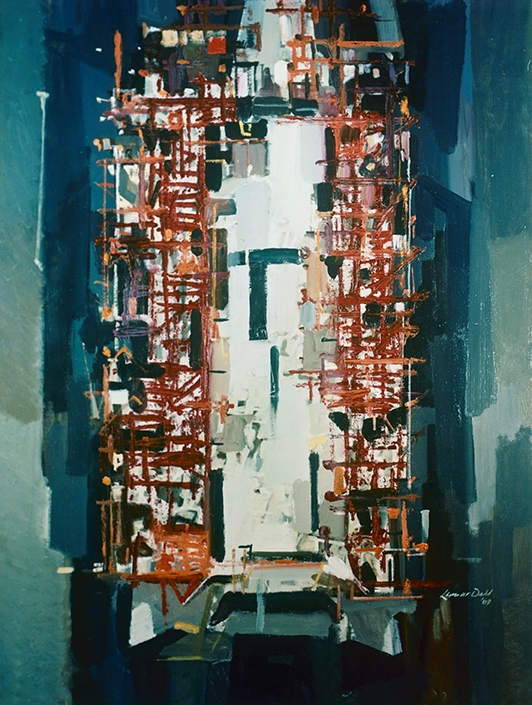 The concept art created for NASA has a science-fiction feel to it, futuristic and fantastic. It exudes an optimism for the future, shining with progress. In our 2023 Vintage Art of Space Calendar, we’ve curated a collection of these paintings so you can enjoy them all year. Best of all, each image is perforated for easy removal from the calendar and sized to fit standard 11” x 14” frames so you can display your own gallery of NASA art on any wall in your home for years to come.

Also available is our 2023 Vintage Space Calendar, a collection of historical photographs of NASA space missions from the NASA Images and Video Library. Want them both? Our volume discounts are available all year. Save 10% when you buy both calendars and you’ll also receive free gift envelopes and a free double-sided poster! Read more about our volume discounts and our free gifts with purchase.