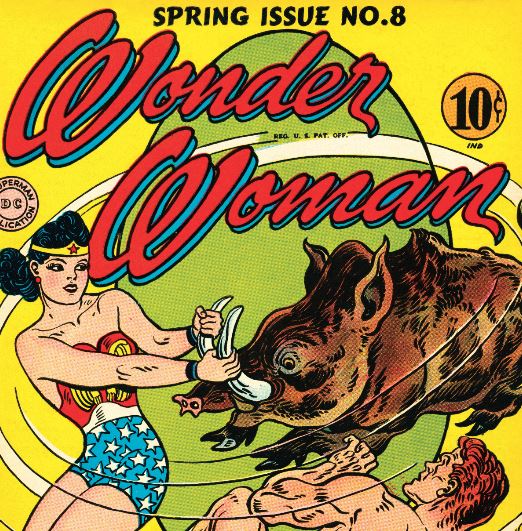 Wonder Woman and the Adventures of the Undersea Amazons!

Time for another Wonder Woman Wednesday! 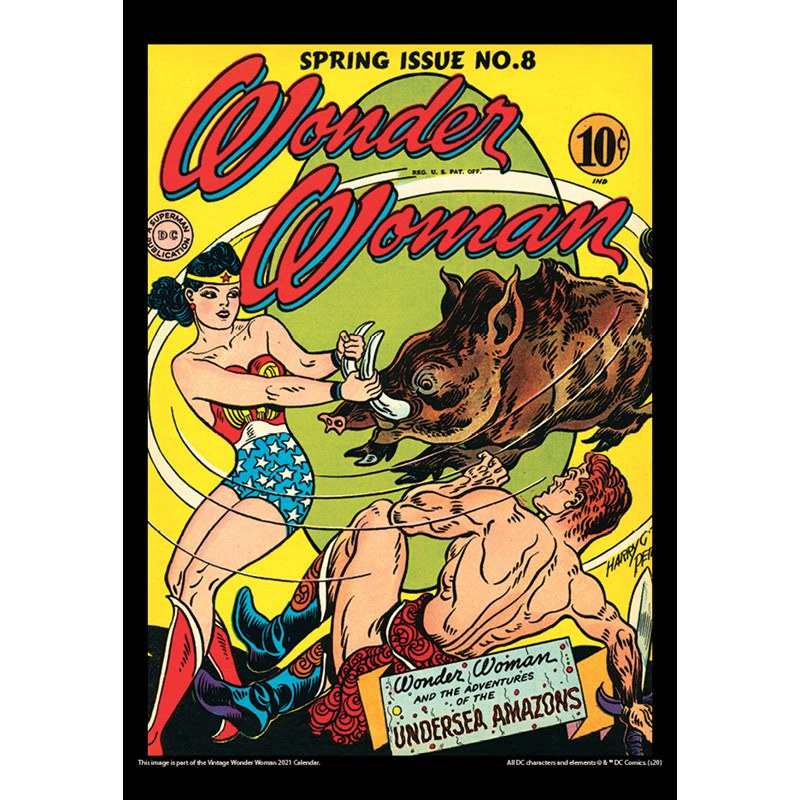 In this three-part epic adventure that takes our star-spangled Amazon into the watery depths,  Wonder Woman visits the twin Atlantean nations of Venturia and Aurania,  matriarchal cultures ruled (respectively) by Queens Clea and Eeras.  A sort of ‘lost world’ of prehistoric creatures trapped under the ocean in an air pocket lit by natural phosphorescence,  Atlantis is now a prison for Steve Trevor,  whose search for a particular chemical led him into the middle of an underwater civil war.

Later,  Clea plots to enslave surface men to build her army,  but when she’s captured and imprisoned on Transformation Island,  she escapes with Diana in her clutches,  only to discover that Atlantean men have overthrown her rule back home.  A “Wonder Women of History” feature focuses on Sister Elizabeth Kenny,  who pioneered treatments for polio and whose work on rehabilitating muscles provided the foundation for modern physical therapy techniques. 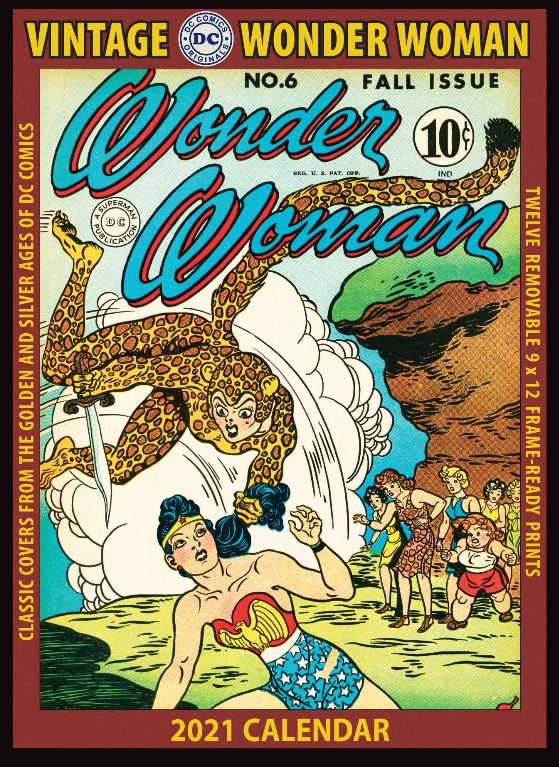 Appreciation for the expert commentary on Vintage Wonder Woman Cover story provided for our 2021 Vintage Wonder Woman Calendar above goes to Dr. Arnold  Blumberg (below).  THANKS DOC!!  Doc is an educator, publisher, author, comic and pop culture historian, and former museum curator.  He was the editor of The Overstreet Comic Book Price guide and teaches courses in everything from comics to zombies to the Marvel Cinematic Universe.  Find him on Twitter @DoctoroftheDead. 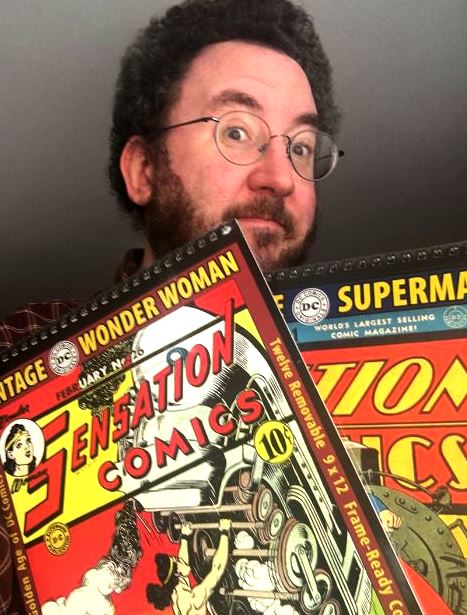 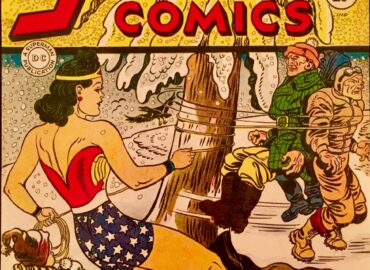 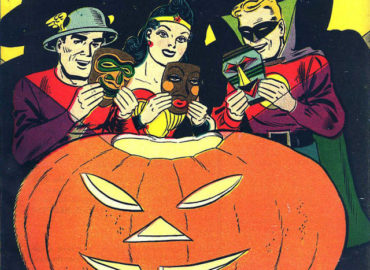