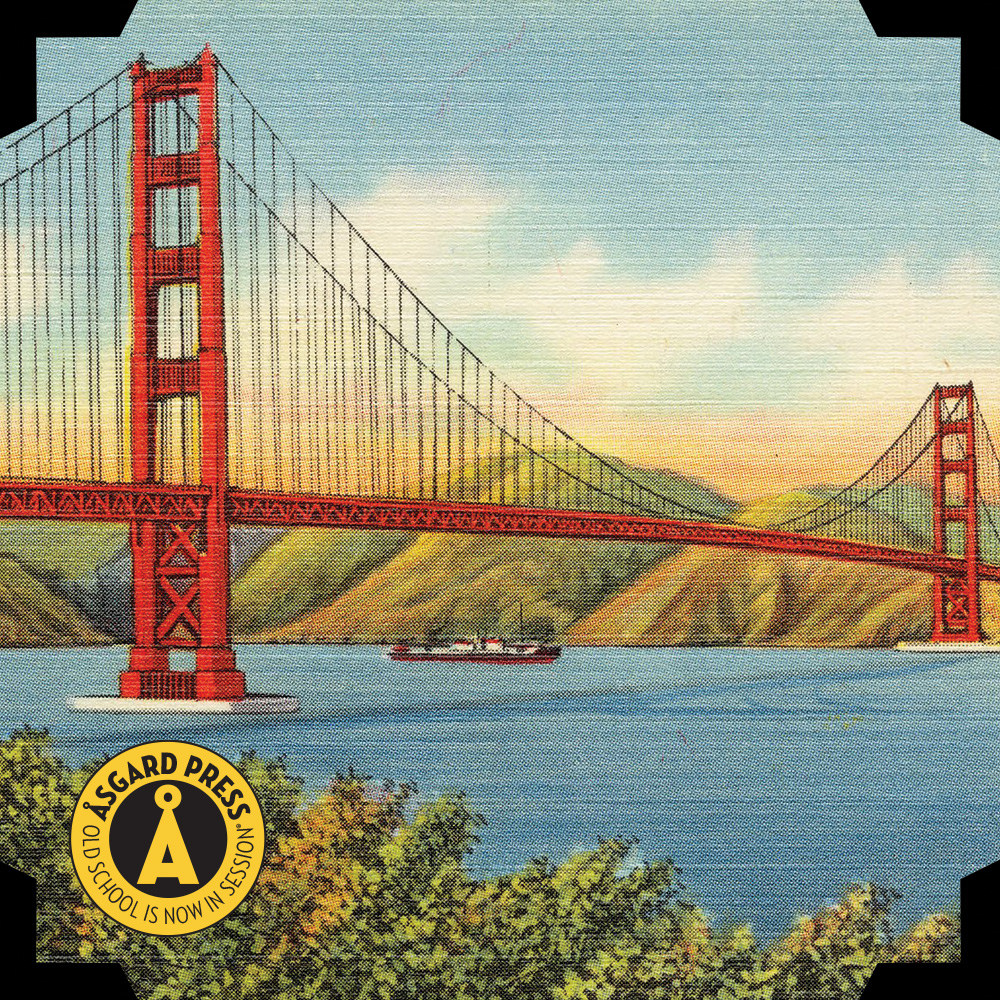 The Golden Gate Bridge, connecting San Francisco to Marin County, California, is a suspension bridge that has become a modern icon of the West Coast of the United States. The bridge spans the Golden Gate, a strait that connects the San Francisco Bay to the Pacific Ocean. Prior to the bridge being built, the strait was crossed by ferry, making San Francisco the largest American city to be primarily accessed by ferry service, which began with regularity in the 1840’s. Although a bridge had long been conceptualized, many experts did not believe construction across the Golden Gate was possible due to strong currents, driving winds and blinding fog. 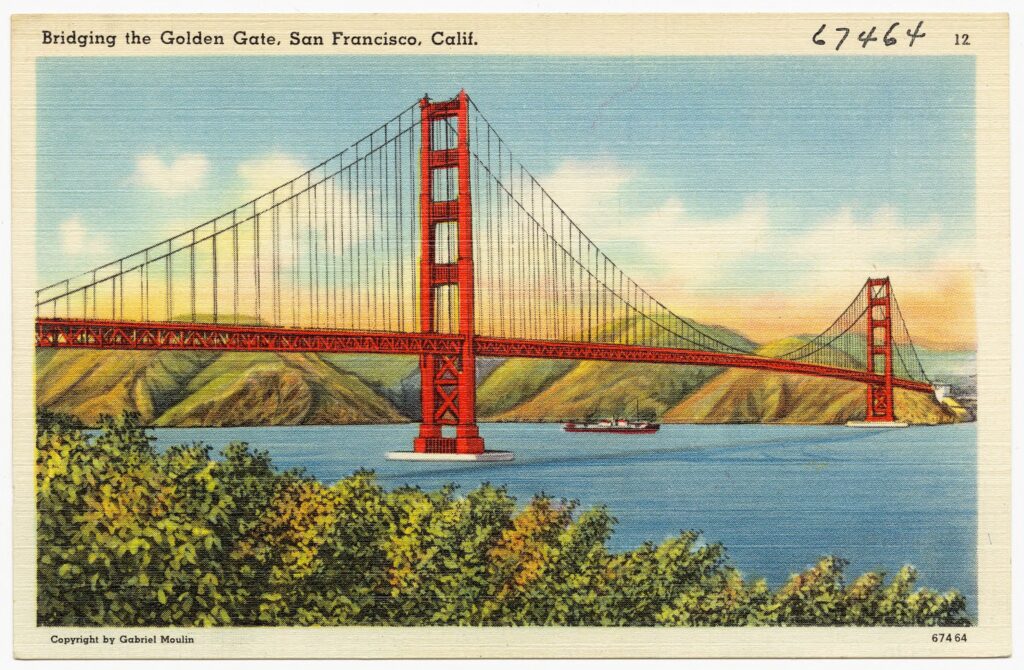 In 1916, a lively debate over cost and feasibility of bridge building sparked by an article published in the San Francisco Bulletin began the official conversation in earnest. Local officials eventually accepted engineer Joseph Strauss’s proposal and construction began in 1933. At the time the bridge opened in 1937, it was both the longest and tallest suspension bridge in the world at a height of 746 feet and length of about 1.7 miles. The principal engineers involved in the project were Joseph Strauss, in charge of the design and construction; Charles Ellis, a structural design expert; Leon Moisseiff, who conceived of the flexible roadway of the bridge to accommodate wind force; and Irving Morrow, an architect who gave the bridge many of its iconic art deco elements in addition to its signature “international orange” color. Today, approximately 110,000 vehicles cross the Golden Gate Bridge each day. 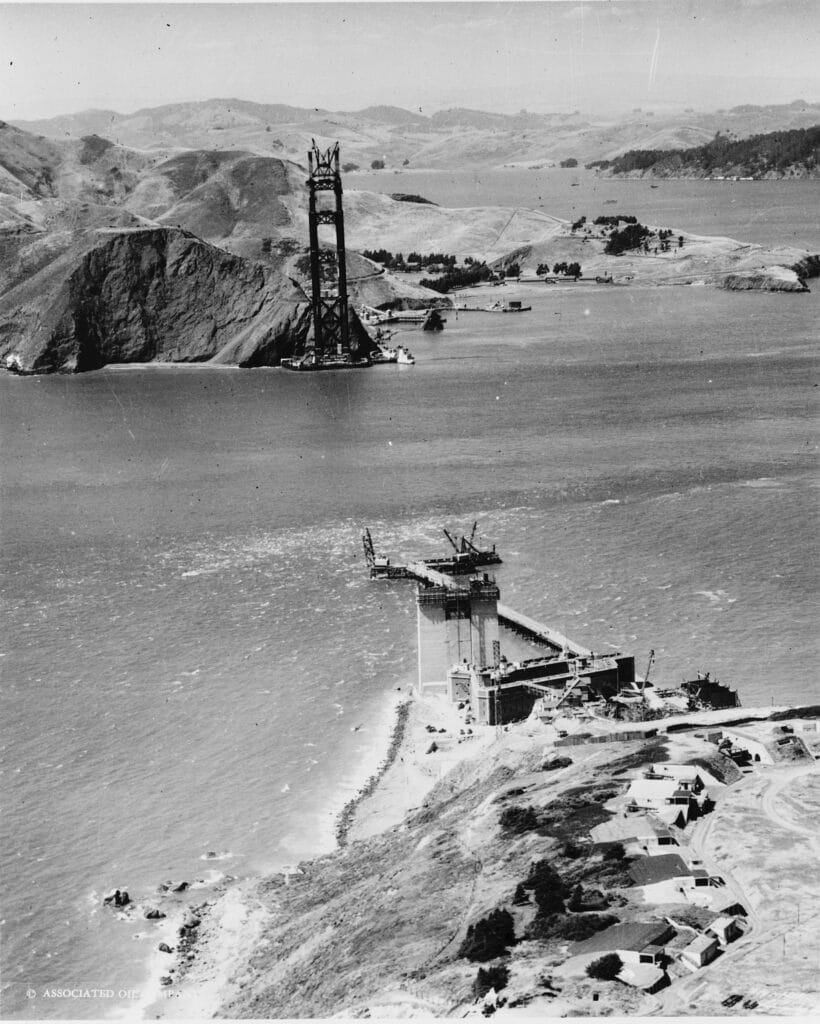 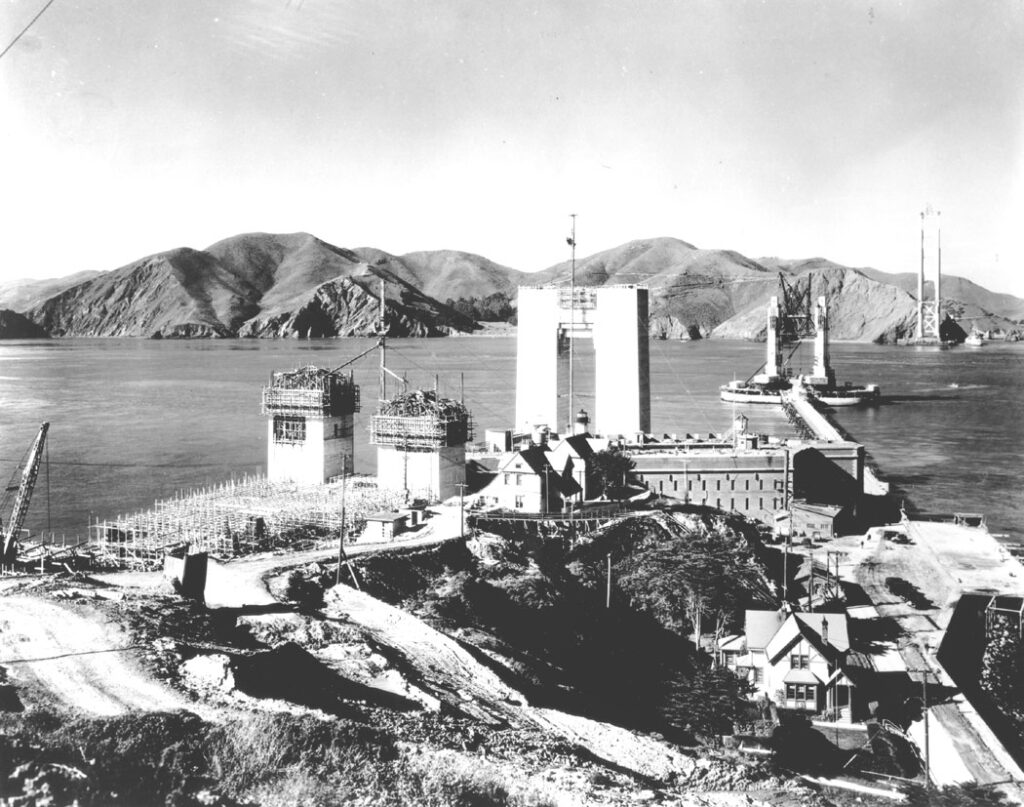 The Golden Gate Bridge is featured as the January image in our 2022 Retro World Landmarks calendar, which showcases famous and important locations around the globe.