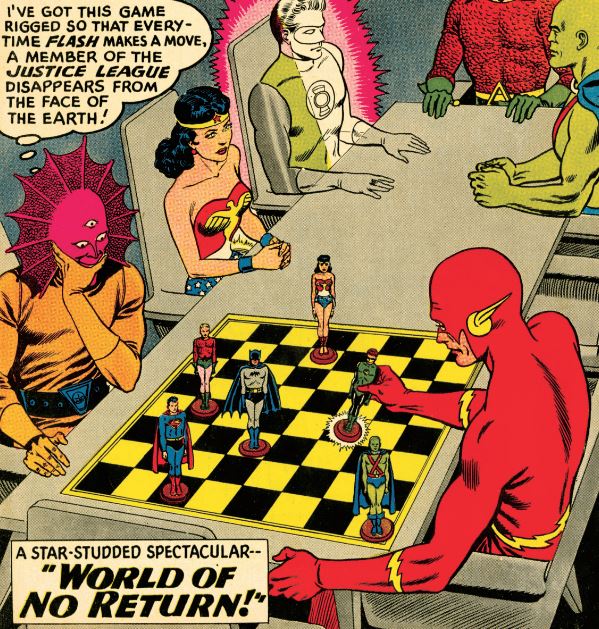 This Game is RIGGED!

Will there be Justice for the Justice League of AMERICA?! 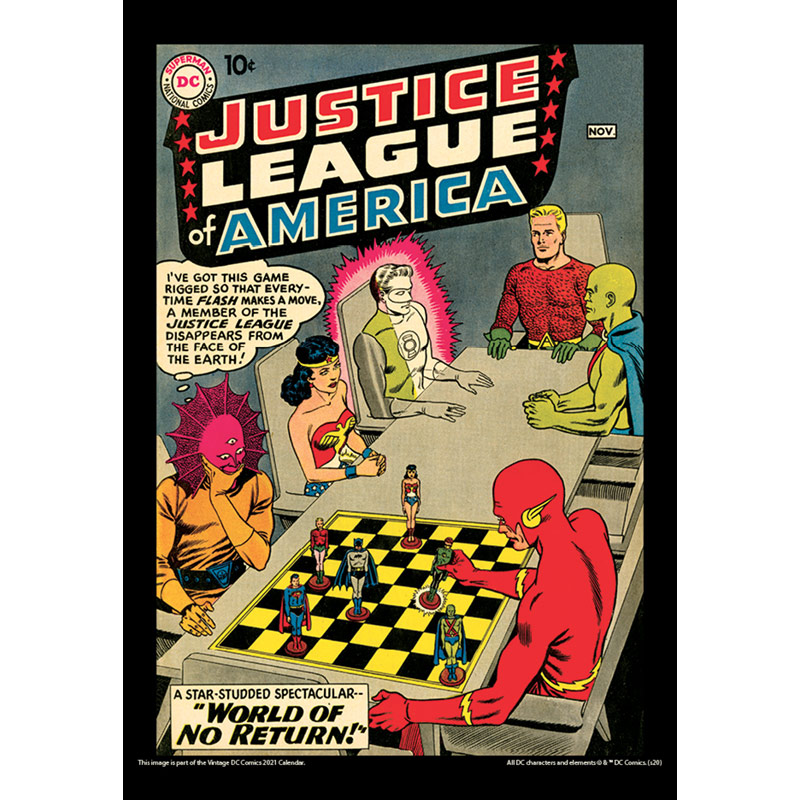 Having already debuted in the pages of The Brave and the Bold,  the Justice League of America kick off their own series with this issue,  which begins when The Flash encounters two alien refugees from another dimension.  Fleeing the oppressive ruler called Despero,  Jasonar and his daughter Saranna are looking for a way to defeat the despot,  but when the Scarlet Speedster faces the villain in a rigged chess game,  his teammates are scattered through space.

Wonder Woman and Superman battle dinosaurs,  Green Lantern and Aquaman help to save a beleaguered water planet,  and Martian Manhunter and Batman protect another world from a missile attack.  The team returns home,  and honorary JLAer Snapper Carr plays a crucial role in capturing Despero.  This first issue of Justice League of America doesn’t tell the story of the team’s formation;  that origin tale has to wait until JLAissue #9. 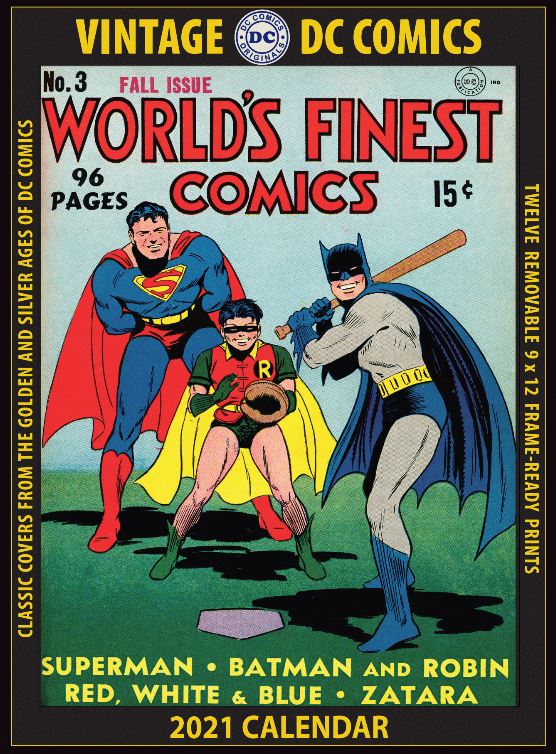 Kudos to Dr. Arnold T. Blumberg for his expert commentary above from our 2021 Vintage Dc Comics Calendar (above), and to the talented artists and writers of DC Comics who captivated and inspired millions of readers during this magical Golden Age.  Dr. Arnold T. Blumberg is an educator,  publisher,  author,  comic book and pop culture historian, and former museum curator.  He is the author or co-author of Zombiemania,  The Big BIG LITTLE BOOK Book,  and Howe’s Transcendental Toybox.   He was the editor of The Overstreet Comic Book Price Guide and also wrote for Cinescape,  The International Journal of Comic Art,  Fandom,  and IGN.com.  He holds a doctorate in Communications Design from the University of Baltimore and teaches courses in everything from comics and superhero mythology to zombies to the Marvel Cinematic Universe.  You can find him on Twitter at @DoctoroftheDead