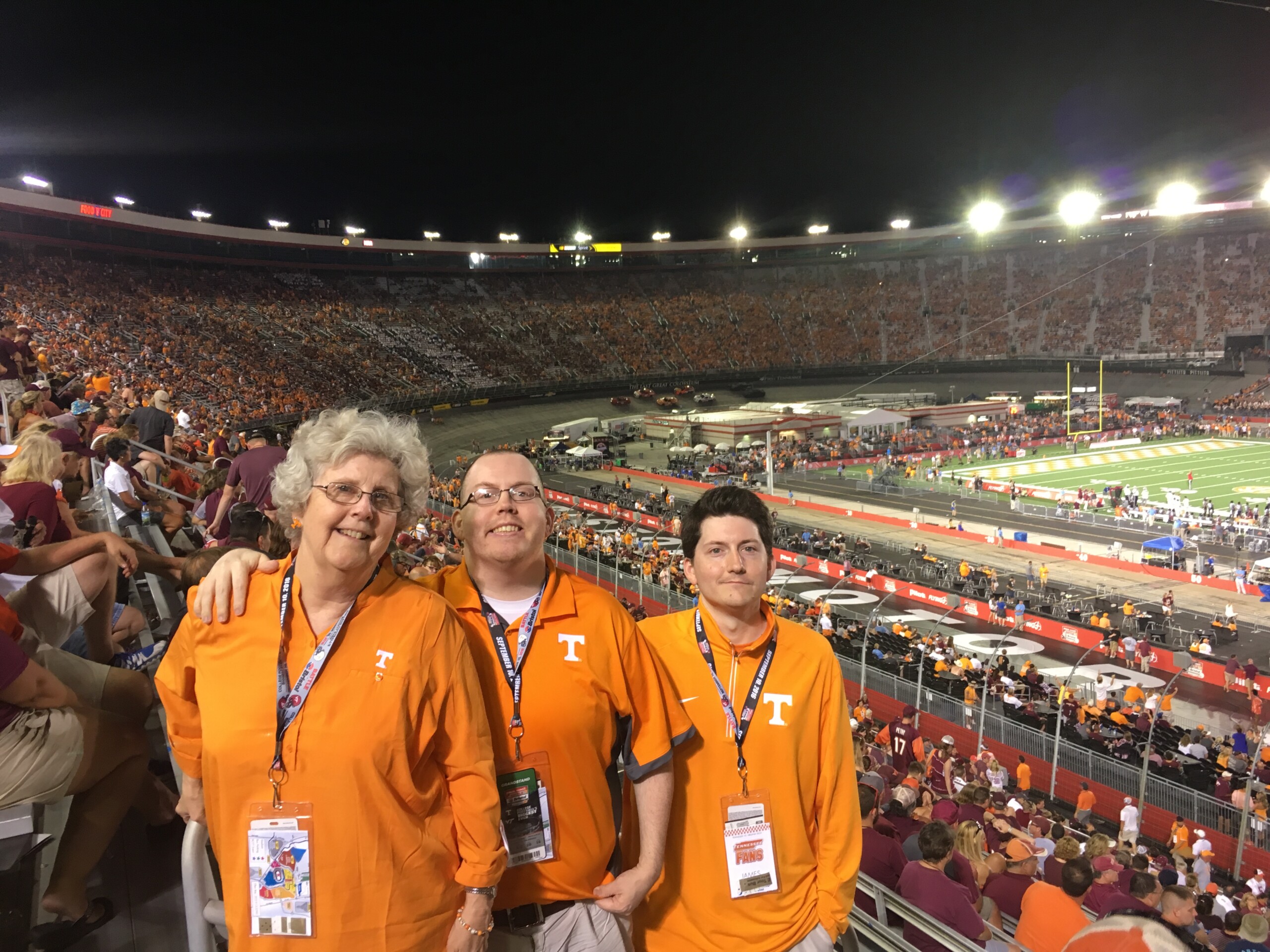 Fandom at its Finest.  Wherein love for Comics & Sports Coexist. 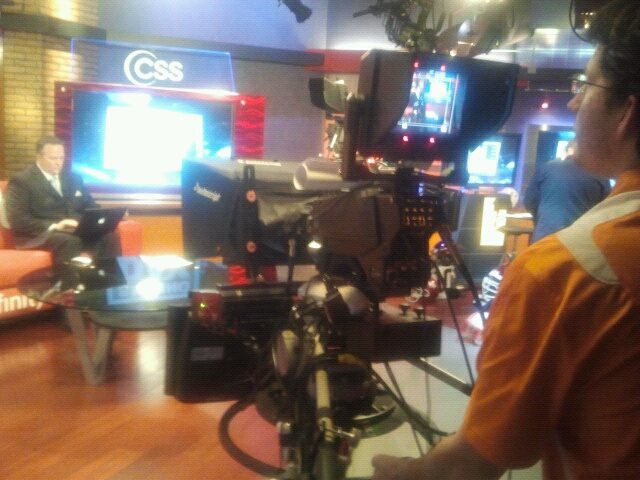 Asgard Press customer Jim Scroggs shares his thoughts on the best of his two favorite worlds and what they have in common.  We couldn’t agree more. That’s him Rocking the Rocky Top VOLS shirt while working on the set of CSS Sports tonight.  Take it away Jim….

We all remember the first time we felt an emotional connection to the things we care about.  Whether it’s a person, a burger or even a car, it’s that moment that you truly knew that this is going to be a part of yourself for the rest of your life.  For myself, it’s sports and comic books.  Yes, I know that the classic 80’s teen comedies would call that a conundrum, but that has become the norm now. 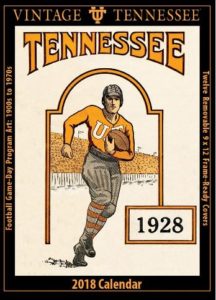 Growing up in Georgia, there were professional and college teams but we’ve all heard the jokes about the postseason and not getting to the mountain top. Luckily, I only had to deal with the professionals because my collegiate allegiance lies in the mountains of East Tennessee.  My first Tennessee game was in 1992 against Florida and the four things I remember are how massive the stadium was, especially with that much steel, Mose Phillips touchdown run, the amount of rain that fell on my Mom and I, but the thing I’ll never forget is dropping my seat cushion into the small river flowing down Yale Avenue, now Peyton Manning Pass, and running after it because I didn’t want to lose anything from my first game.  I’ve been lucky to see some great things because of my fandom with Tennessee and even with the Atlanta teams because I never thought the Falcons would play in 2 Super Bowls especially after some of the bad luck the franchise has seen.  My first Braves game was at Atlanta Fulton County Stadium against the Expos and I sat so close with my brother and Uncle that I could read the letters on the Braves logo across the chest.  That’s how I fell in love with that team and to this day, I still think the Otis Nixon catch against Pittsburgh should be in the pantheon of amazing catches. 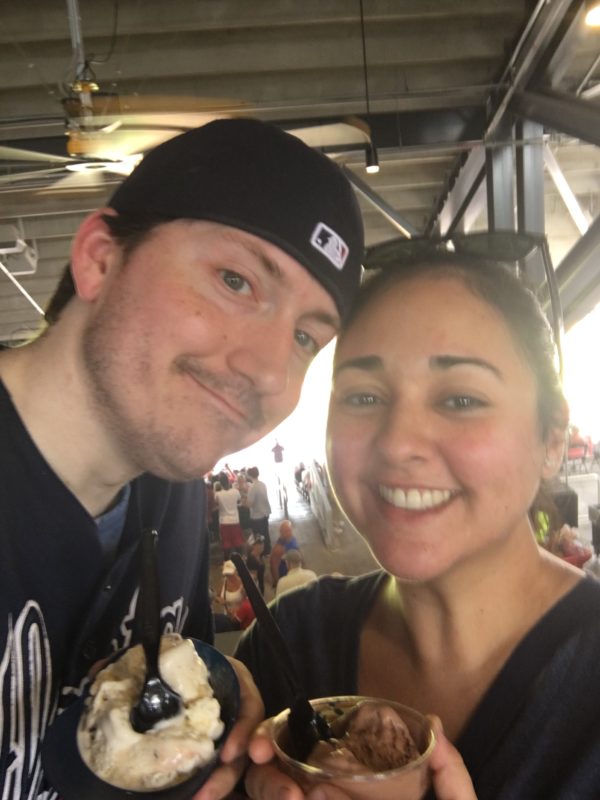 Jim with girlfriend Michelle at a Braves game.

The world of sports and comic books aren’t all that different if you actually think about it.  There are players like Babe Ruth, Bo Jackson, Michael Jordan and Wayne Gretzky that are borderline superheros and in fact, three of those players were in a cartoon that I remember watching as a kid.  The way I saw Bo Jackson is the same way someone probably sees The Hulk and when it comes to cosplaying, that’s when the two worlds really intersect.  Think about it.  I go to a Braves game at SunTrust Park and I wear a game worn or authentic jersey with a matching hat.  All I need is a pair of baseball pants and some spikes and I’m dressing like a baseball player.  The same thing goes if you wear a Spider-Man mask with some spandex.  You might not have the webshooters but you know where your fandom lies. 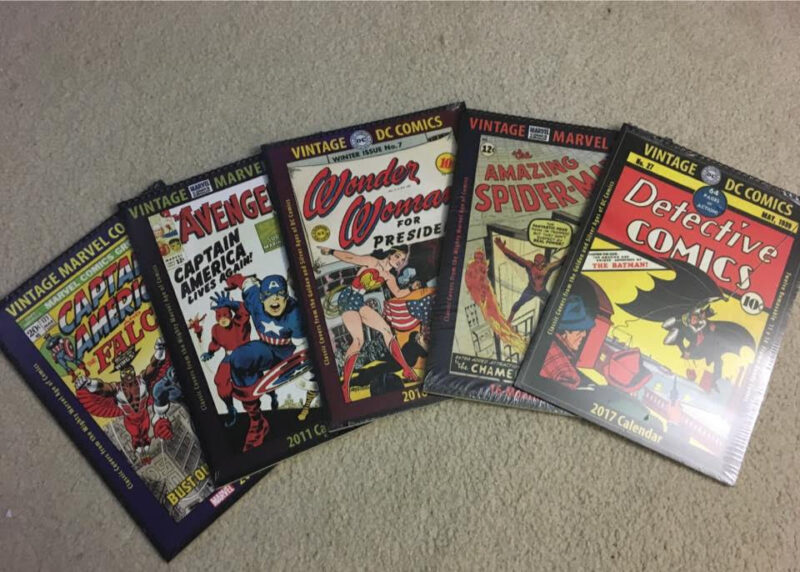 A small bit of Asgard Press product Jim has collected.

I told this story the other day to someone who was a tad surprised to hear it.  I loved watching superheroes in movies and especially cartoons when I was a kid and since I’m a child of the late 80’s and into the 90’s, I was all about the Batman: Animated Series, X-Men, Spider-Man and plenty of the Burton Batman movies.  Once I started getting into college football and sports more, that fandom went dormant, but It was still with me.  Honestly, one of the reasons I didn’t read the books is that I didn’t know where to find comics but I watched the movies in middle and high school so I was still exposed to it.  But the time frame that really got me into collecting the books for the first time was around 2011 and it was a combination of the MCU movies and Kevin Smith’s Comic Book Men on AMC.

I always felt a connection to Peter Parker because of the shy, unassuming unluckiness that Peter always seemed to get into and moving around a lot caused me to feel like the new kid, having that awkwardness and developing a self deprecating sense of humor that sometimes came out, just like Peter.  My love for that character, the magnetism that drew me to Venom in the animated series and watching an episode of Comic Book Men, led me to buy my first comic book around 5-6 years ago.  That book started a collection that was intended to be every appearance of Venom in the Amazing Spider-Man series and that led to the 4 boxes of books that’s now in my closet. 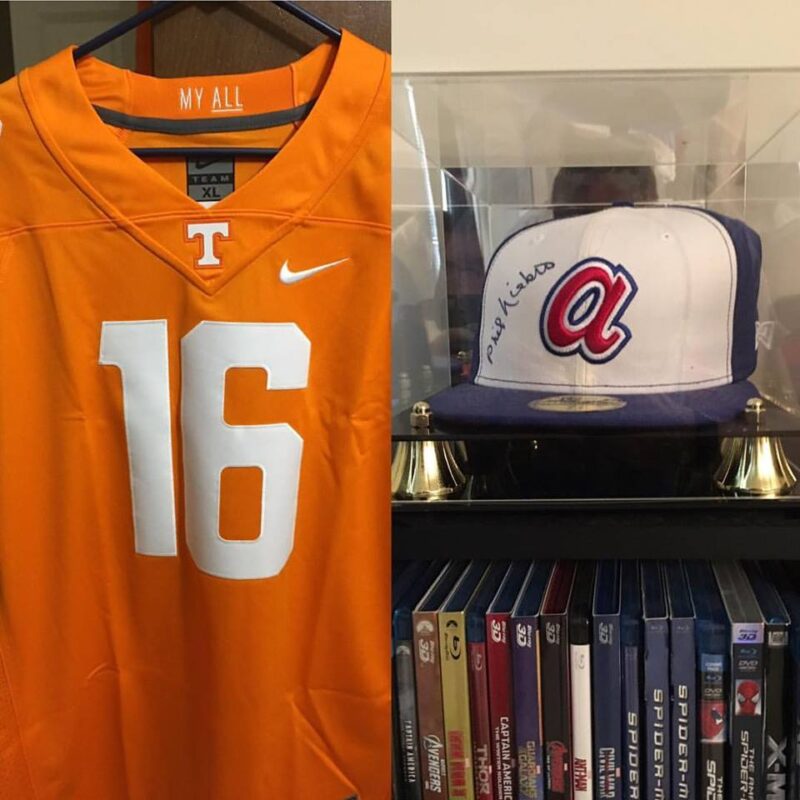 I’ve never claimed to be the biggest Spider-Man fan or biggest sports fan.  I’m a Braves A-List member but I know for a fact that I can’t hold a candle to some of my friends and you know what?  That’s ok.  As long as you believe that your team can win a title or think that we’ll get the perfect trilogy of Spider-Man movies (which I think we will) that’s all that matters.  We are fans and that’s something that will never leave us.

Many thanks to our guest blogger Jim Scroggs for sharing his story.  Please check out his awesome Sports Podcast “The Blind Mics” here: https://m.soundcloud.com/3blindmics  Jim also recently accepted a new position as Camera Operator at The Weather Channel. CONGRATS JIM!

If you have a story you’d like to share, email andy@asgardpress.com and he’ll send you the details. If we use your story, you’ll receive a free Asgard Press product of your choice.