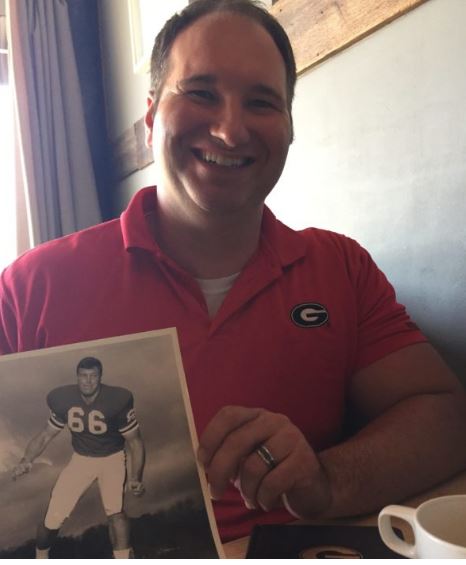 Dawg Dad Afternoons: Royce Smith Jr. on growing up the son of an All-American Bulldog. 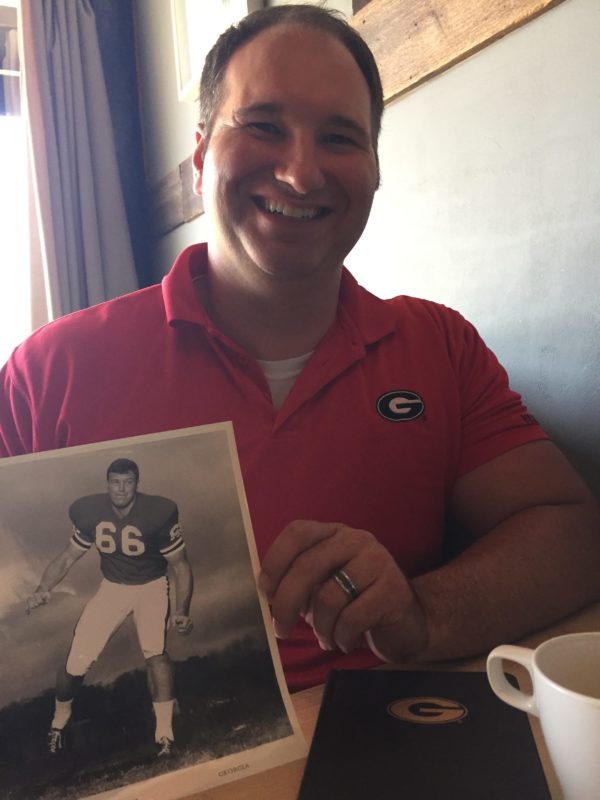 With the College pigskin season getting underway in full force this coming weekend, we’re using the occasion to kick off our new series of blog posts featuring Asgard Press fans whose folks played football.*  Our first installment features an interview with Royce Smith, Jr.  His father Royce was a University of Georgia All-American offensive guard who played for the iconic UGA coach Vince Dooley and was drafted in the first round of the 1972 NFL Draft by the New Orleans Saints.  We sat down with Royce to reminisce about what it’s like growing up as the son of a Georgia Bulldog legend. 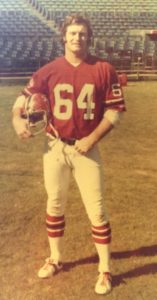 As a member of the 1974 Atlanta Falcons.

Andy/AP:  6’4″, 275 pounds.  I’m talking about you!  A rather big chip off the old block…  Your Dad was 6’3″, 250 and described the following way by his back-up, Mac McWhorter, in 1971;  “Royce was Godzilla, Greek God-like, a 250-something pound freak of nature who could bench press the gym.” When you were growing up, how did you perceive your father and his larger than life stature?

Royce, Jr:  Ha, that quote reminds me of a great story my Dad told me about the Georgia weight room.  Back when he played, Vince Dooley and many college coaches stressed quickness and speed over strength and didn’t want their players getting too big hitting the weights.  My dad already ran a 4.8 forty and wanted to be the strongest guard in the SEC so he stole a key to the weight room and made a copy so he could sneak in whenever he could. The season was practically over before Dooley caught him in the gym working out after practice one day.  Coach was none too pleased but you don’t sit one of your best players when your preparing for a Bowl game.  So yeah, maybe breaking in was the wrong way to go about it, but giving your all to achieve your goals was a powerful lesson to learn and I really respected my father for that.

Andy/AP:  I can see why, and Dooley was best to let that Big Dawg eat! When did you start to realize your Dad was not a “regular  Dad’ and a big football star?  How did this affect you? 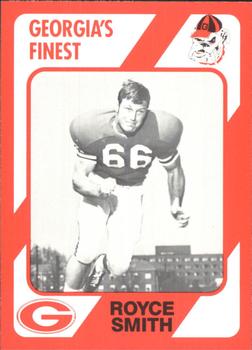 Royce, Jr:  While I was in middle school I probably heard “It’s so cool that your Dad played for the Bulldogs” or “it’s so cool that your Dad played for the Saints or Falcons” about a million times but admit I never got tired of hearing it.  Overall I’d say it effected me in a very positive way.  I’d say the one thing I’m most proud of and the memories I cherish most are from when my Dad coached me in High School (Claxton, GA).  I mean I never got to watch my Dad play as he’d already been out of the NFL when I was born so having him as my coach was just a great experience all around.  When I graduated, he retired from coaching.  He told me the only reason he wanted to coach was so he could spend more time with me.  Again, another reason I loved and respected my Dad so much.

Another way I knew he was a big man on campus was from my bedtime stories.  I literally had the best bedtime stories you could imagine because my Dad would always describe the most important game situations from the biggest games he played in with great detail from inside the huddle;  “We were playing Auburn and we were backed up on the one yard line against a tough defense with under 2 minutes to go.  The QB looks at me and says I need you more than ever on this one Big Royce….”  Georgia usually won and I don’t think I ever had a bad nights sleep.  Really loved those. 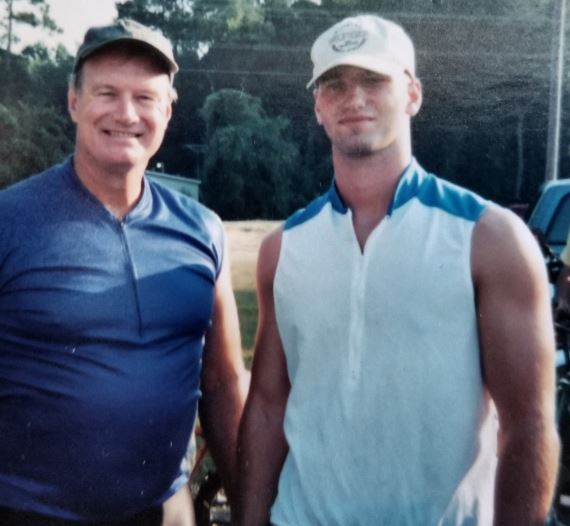 Andy/AP:  No nightmares!  So you never got to see him play?  How about on film?

Royce, Jr:  Oh yeah, I’ve seen quite a bit of old footage and It’s a little surreal seeing him in action. I also have plenty of memorabilia of his that I keep on display in my house, and plenty stored away too. My favorite items are the watches he was given for the bowl games.  They didn’t get rings at the time so he got watches.  I’ve got one from the Gator, Sugar and Sun Bowl games.  Of course I have my Georgia Asgard Press Calendar up too, haha!

Andy/AP: That’s awesome and we’re honored to be part of the Royce Smith family shrine!  Thanks for sharing some of your great memories with us Royce and best of luck to the Dawgs this season.

*Do you have a close friend or relative that played College Football or any other sport? Send us a brief email with a few details and we may contact you for an interview and then share your story on our blog and send you an Asgard Press gift for doing so.  Email andy@asgardpress.com for further information. 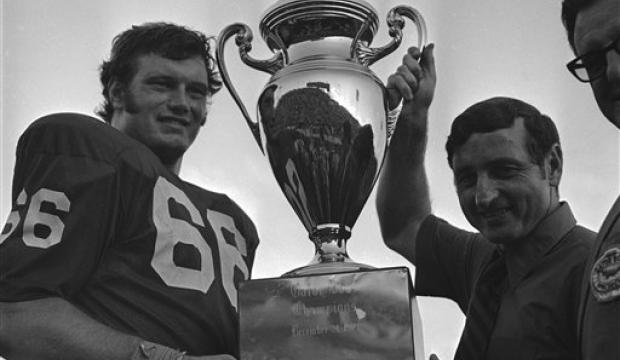