They Call him “Retro Rube” 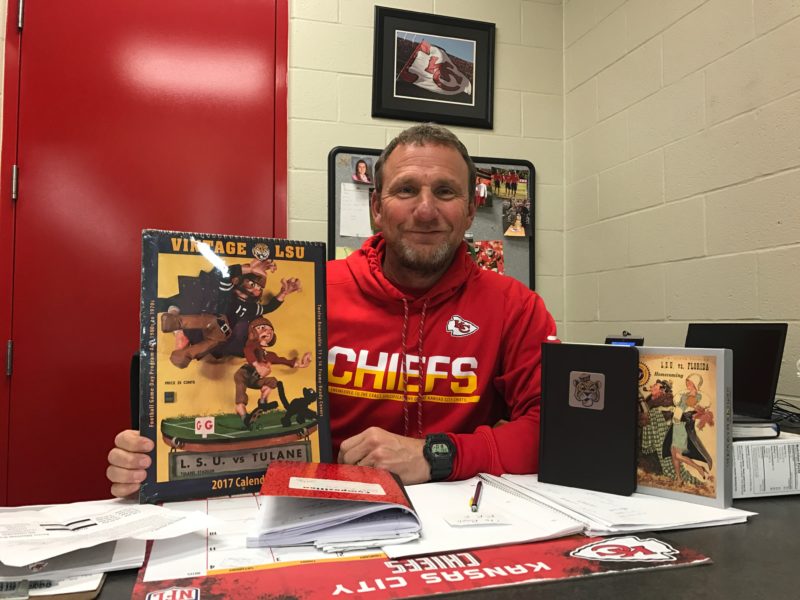 I had the pleasure of meeting Barry “Retro Rube” Rubin back in 1998 when he was an assistant strength coach with the Green Bay Packers.  I used to own a vintage sports apparel store called Distant Replays (More on that in another post down the road….) located in Atlanta, Ga., and he had come to town to train several Packer players who lived in Atlanta in the off season.  Barry came to the store one day with several of these behemoths, and quickly introduced himself as a fan of all sports things vintage – especially old baseball and football jerseys.  I was immediately drawn to his friendly demeanor and deep southern accent (Barry was born and raised in Monroe Louisiana and was a Tight end at Northwestern State, LA., & Punter/RB at LSU).   While the players browsed the store, we immediately hit it off as we discussed our mutual affection for Willie Mays, Bart Starr, and Billy Cannon (to name a very few) and we learned, not surprisingly, that we both also grew up playing perhaps the greatest baseball game of all time in Strat-O-Matic Baseball.  We talked a bit more and then the players returned and piled their rather huge bounty on the counter.  Needless to say it was a record day for sales!  Before Barry left, he snagged a Hank Aaron Braves jersey and a Ray Nitschke Packers jersey for himself, then we exchanged numbers and then the Pack of Packers left.  Barry and the Packer players would go on to purchase hundreds of jerseys from our store over the years and Barry started a tradition of having the players all wear their throwback jerseys to team meetings every Friday.  Coach Rubin was rightfully given the moniker “Retro Rube” by the players and it has stuck ever since.  Little did I know when Barry left that day that he and I would become close friends, and that another tradition would be born that I cherish to this day. 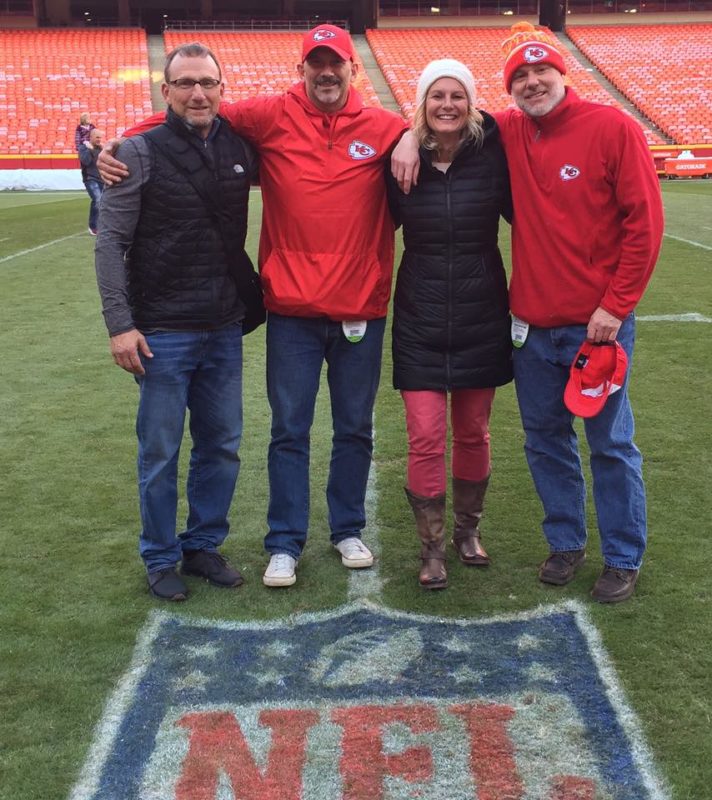 During the 1998 Football season, Barry called me one day out of the blue and asked if I’d like to come to Green Bay for a few reasons.  1) To see the Packers play.  2) To sell vintage jerseys to the entire team by setting up in the hotel the players stayed at the night before the game.  My answer?  Um, YESSSSSSSSSSSSSSSSSSSSSSSSSSSS!!!  And so a tradition was born.  Sort of.  While the selling to the players part ended after Barry got promoted to Head Strength Coach and moved to Philadelphia in 2006, the going to the games part happily carried on.  Since the 1998 season, My buddy Sean (a Virginia Tech grad and fellow Sports fanatic and trivia buff) and I have met Barry in Green Bay for 3 games, then 3 more times while he was in Philadelphia, 2 games against the Falcons in Atlanta, and another 4 including this year as Head Strength Coach for the Kansas City Chiefs.  Over this period, I’ve had the good fortune to wine and dine in each city, meet several players and coaches, tour team facility locker rooms, practice fields, weight rooms, etc., roam the sidelines before games, and of course watch the games themselves.  All of this made possible by “the nicest man in the world”, Barry Rubin.

There’s another tradition, believe it or not, that Barry has always looked forward to each year since 2006, and that has been the perennial release of the Asgard Press LSU Tigers Vintage Calendar.  As a former LSU player, I knew he would flip out when I presented the first one to him and of course he did.  He’s since latched on to the journal books and notecard sets as well.   Even after Barry retires from Coaching (He’s been in the NFL for 23 seasons), he’ll still be able to count on a new LSU Calendar every year! 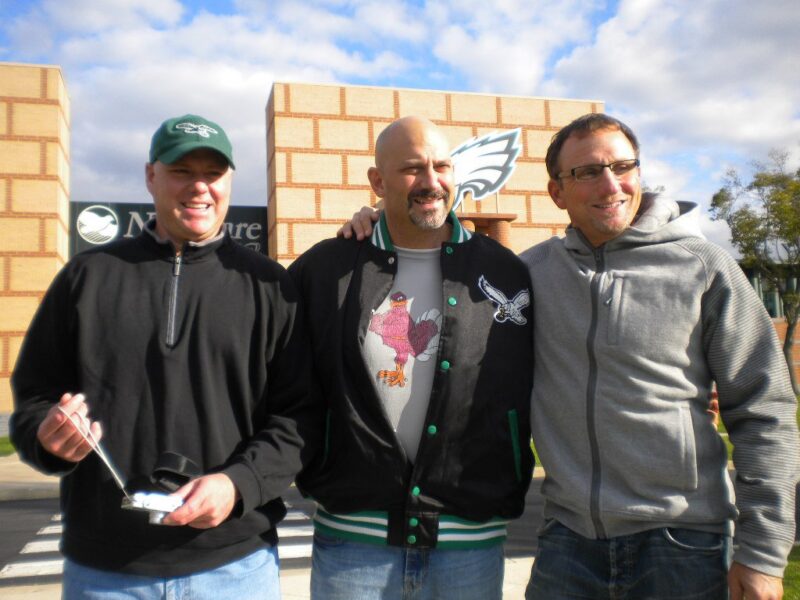 Sean, Andy, and Retro Rube at the Eagles training facility.

Before I go, I’d like to wish Barry and the Kansas City Chiefs good luck in the playoffs and if they make it to the Super Bowl I’ll be calling for tickets!  GO CHIEFS!!!!!!!!!!!!!!

Do you have a close friend or relative that played College Football or any other sport? Send us a brief email with a few details and we may contact you for an interview and then share your story on our blog and send you an Asgard Press gift for doing so.  Email andy@asgardpress.com for further information. 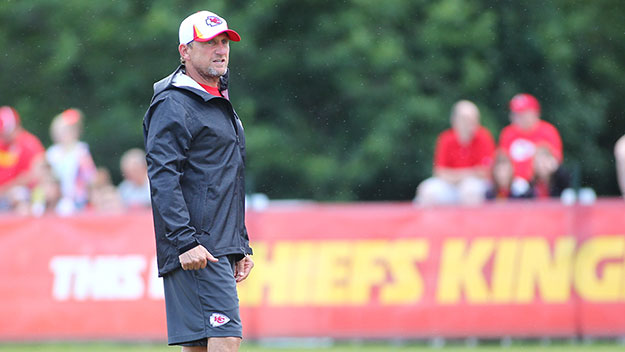