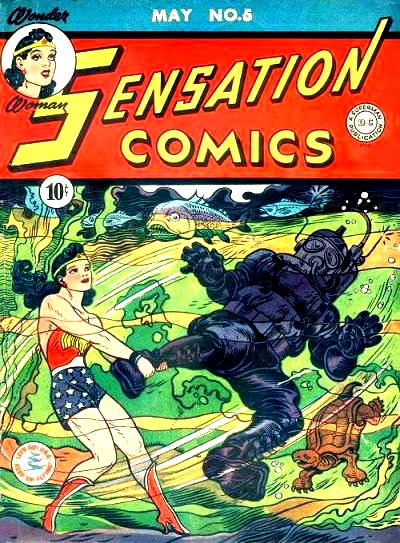 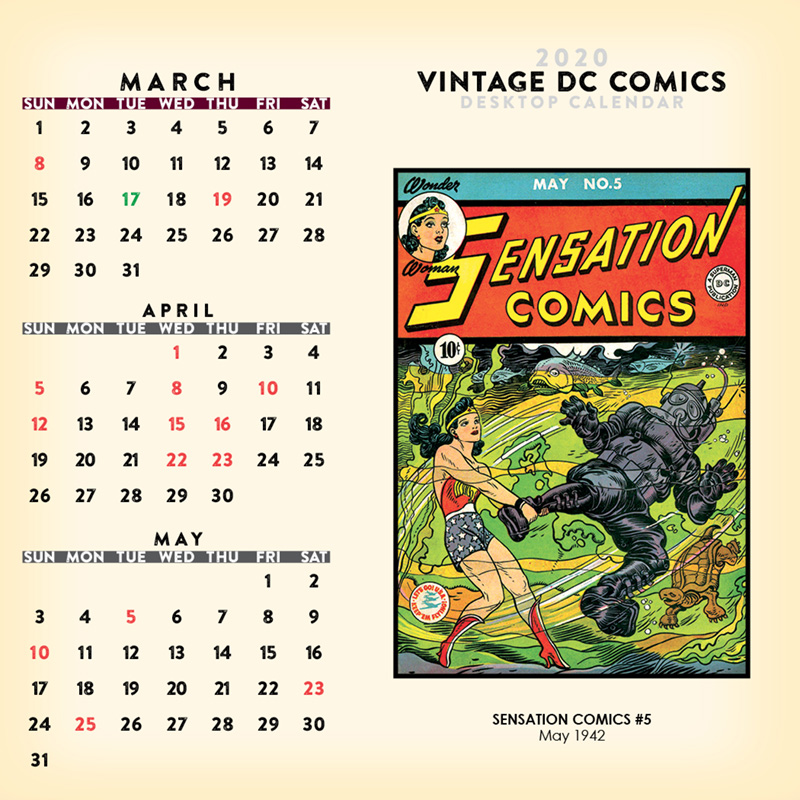 Dr. Sands has invented a new kind of submarine, dubbed “The Octopus,” and Diana Prince and Steve Trevor are there on the day of its launch.  An attempt at sabotage with an explosive-filled bottle is foiled by the quick-thinking Amazon Princess, who hurls the deadly device away from the sub, but the Ensign that delivered the bottle for its ceremonial role is suspected of being a double agent.   When they discover the ensign was actually replaced by a double, the wrongly accused man joins Wonder Woman and Trevor as they battle the saboteurs on a boat and send them into the sea.  Conveniently, Etta Candy and her Holliday Girls are nearby, enjoying a day on the waves.  With a signal from Diana, they drag the saboteurs out of the drink.  Additional stories featuring Black Pirate,Mr. Terrific, O’Malley, The Gay Ghost, Little Boy Blue, and Wildcat round out the issue. 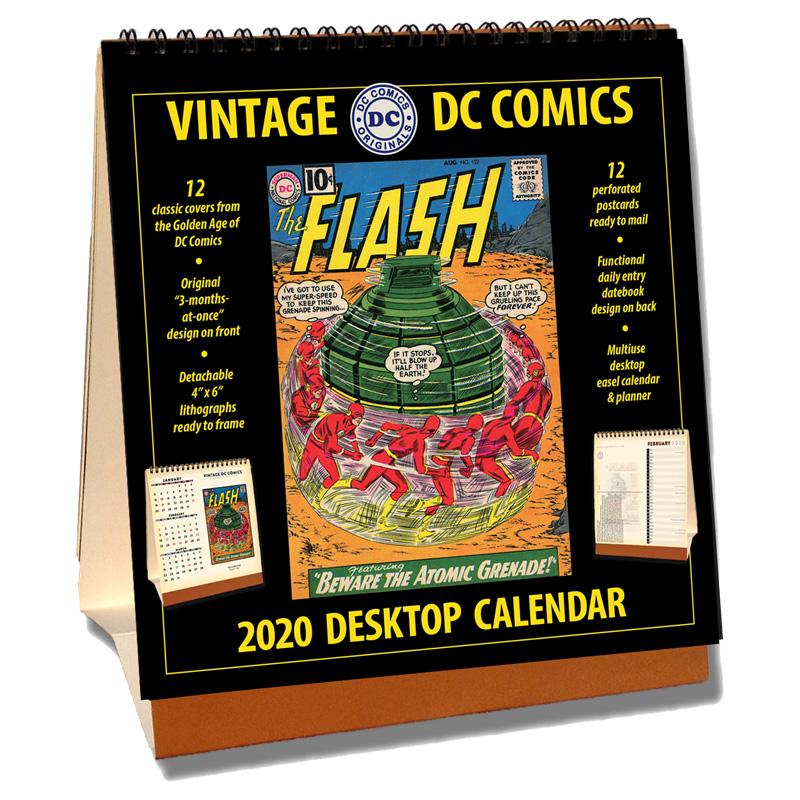 Special thanks to Dr. Arnold T. Blumberg for his expert commentary on Vintage DC Comics Cover story for the months of March, April, May 2020 provided in our 2020 Vintage DC Comics Desktop Calendar , to Bill Jourdain, to Andy Hershberger and Geppi’s Entertainment Museum, and to the talented artists and writers of a bygone era who captivated and inspired millions of readers each and every month during this magical period in America’s history.

Dr. Arnold T. Blumberg is an educator, publisher, author, comic and pop culture historian, and former museum curator.  He was the editor of The Overstreet Comic Book Price guide and teaches courses in everything from comics to zombies to the Marvel Cinematic Universe.  Find him on Twitter @DoctoroftheDead.